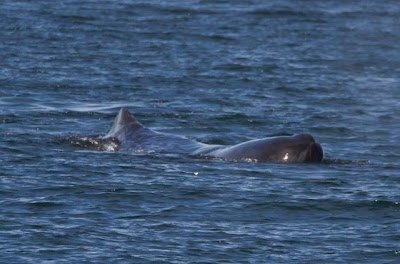 I have to admit--we didn't realize we were seeing Sperm Whales when we were in the midst of the pod. Sperm Whales aren't noted as a common species in the Sea of Cortez and I've never seen them before. So when we sighted the pod--I just thought it was a group of ugly fin whales. 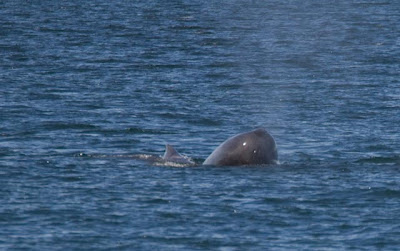 But it turns out the huge toothed whales are in the Sea to catch the giant squid--which are also here right now. In retrospect it is a bit disconcerting to realize how close we were to the huge creatures. They are known to be aggressive animals and have the distinction as being the only whale to ever sink a whaling ship.

Our encounter though was peaceful, and memorable.

Email ThisBlogThis!Share to TwitterShare to FacebookShare to Pinterest
Labels: wildlife