This weather station is at a lighthouse slightly more than 1 mile from us. It's actually a bit windier in the marina due to some wind funneling affects. We had a day a few days ago where 40 knots was considered a lull. As in "It's lulling 40!", instead of our more usual "it's gusting 25...".

For sailors approaching False Bay, here's the real time link, though sometimes it goes down:

We found the wind acceleration effects started right on the eastern side of False Bay, getting stronger as we approached Simonstown. Earlier in the day we were sailing with 10 knots and as we got into Simonstown it was hitting 25.

Another weather station in case the above one is not working:

This one is from Fish Hoek (a town about 4 miles away from us, on the same side of False Bay).

Friendship in a Bottle 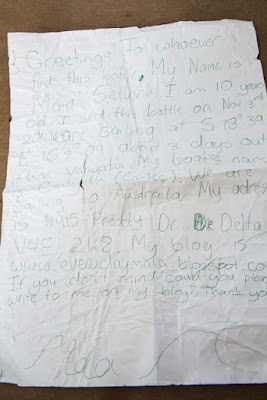 As far as a letter of introduction goes, I’m going to call Maia’s letter to Sara and Stof the most unique. Just over four years ago, on November 3, 2011 actually, Maia threw a bottle over the side when we were in the Grand Passage near New Caledonia. Specifically we were at 18° 39’S 163° 09’E.

Despite this accuracy of detail, none of us remembers the moment the bottle went in. I recall Maia suggesting we have wine—and reminding her that we rarely imbibe while on passage. In the end we found an empty wine bottle, she scrawled a message in green ink and over it went. The bottle then travelled against the current and washed up on remote Huon Reef where Sara, Stof and their friend Dave found it on the beach when they stopped in for repairs three weeks later. Happily Maia’s letter-in-a-bottle skills are well developed and she gave her contact information. A month or so later the email arrived from the crew of Takalani.


Takalani and Ceilydh almost met multiple times crossing the Pacific. We sailed from Mexico within a few days of each other and crossed wakes and swapped anchorages (ending up with many common friends (Graham)). We both even went solo into the remote northern parts of Vanuatu—both thinking we were the last boat left and that it was time to turn west. 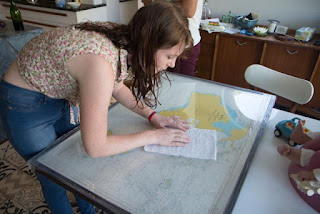 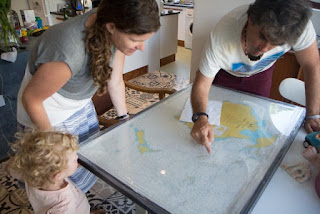 A nice note saying they found the bottle is where it may have ended. But several months ago we got another note—Sara reminded us who she was and told us that she and Stof were back living in Cape Town with two adorable new crew, and would we like to meet? So we joined them in their home so they could meet Maia, return her letter (even Dave was there) and of course, have a braai.

Next up was a fantastic day (01-16-16) spent swimming 16 of the (very cold and colder) tidal swimming pools around Cape Town for Sara’s b-day, followed by a braai. 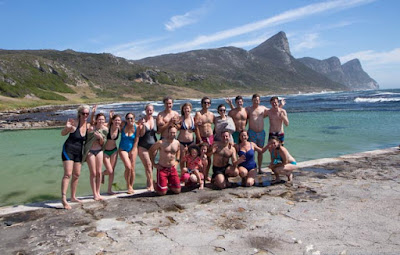 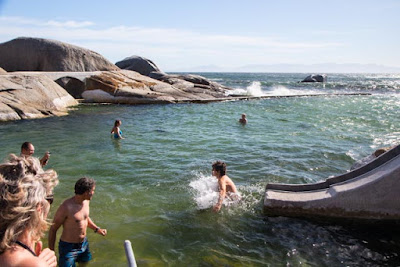 Meeting local people is one of the best parts of the cruising life. The first time we went sailing we carried a stack of hand written letters introducing us to people around the world (it was pre-easy internet). The letters were like something out of Downton Abbey—each a request to the recipient that they give the bearer (us!) every possible assistance.

These days, the letters of introduction are a bit more casual and come through facebook, friends, family or our blog. South Africa has been remarkably rich with wonderful introductions. There was one introduction which resulted in a curry lunch at the Oyster Box hotel, another ‘friend-of-a-friend’ has graciously ensured we have someone to call on in every port we visit. A South African sailing friend we first met back in our Annapolis days (now in BC) gave us an entire list of names and we hope a meeting won’t be too far in the future. 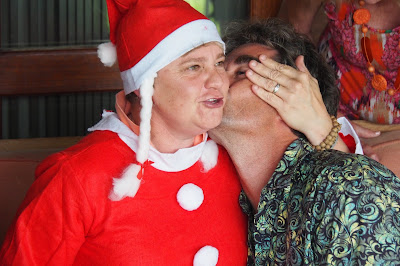 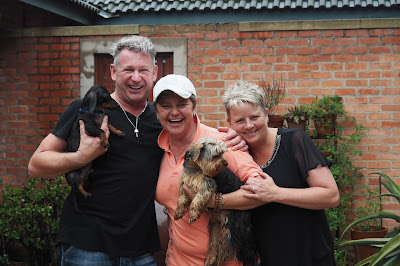 We were also lucky enough to share in another boat’s family introduction to the very lovely Shaun Visser, Tania & Lynette. We had one afternoon of so much laughter and fun my stomached ached afterward. This was followed by an incredibly warm welcome to a ‘traditional’ Christmas dinner complete with Mother Christmas and lamb on the braai ( Photos and great post by Neil and Ley on Crystal Blues). 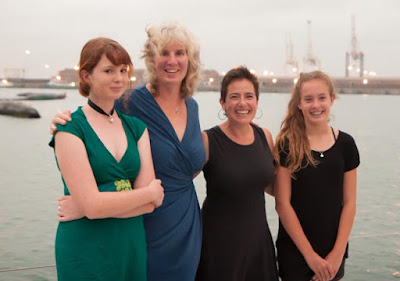 Our next fantastic meeting came a few days later when we arrived in Port Elizabeth. Neither Maria nor I can recall when we started writing to each other (we’re both writers, with daughters near the same age called Maia/Maya and they are planning to head off sailing) but we’ve been planning to meet them ever since South Africa went on our agenda for the year.

It almost didn’t happen when a weather window opened up, which was going to take us through to Simons Town, meant we’d speed on by. But cue the well-timed rudder problems—which we would never have recovered from in < 24 hours without Maria and Mike’s fantastic local knowledge (and the fact they have some crazy good connections). The outcome was a total stranger drove to East London, talked his way into a closed workshop and repaired our rudder fittings.

The next hop took us to Maria, Mike, Maya and Murry and a fantastic braai (seriously, no South African encounter can happen without one--which we love), a great New Year’s Eve and we even squeezed in a visit to the stunning Addo Elephant Park. 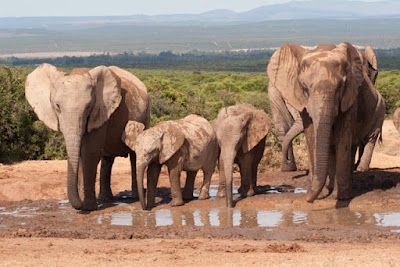 The good news is we’ve been socializing a lot and now have a very healthy stack of bottles saved up. Maia’s next task is to start writing more letters. I think tossing a bottle or two off the Cape of Good Hope is the way to go.
18 comments: 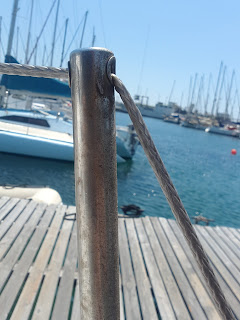 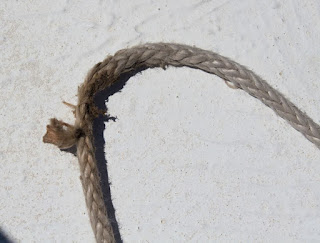 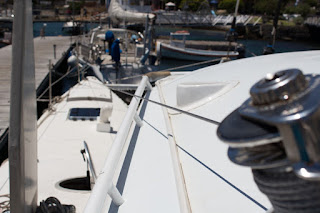 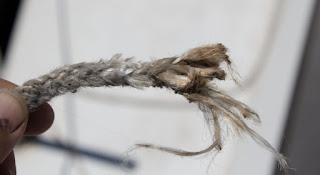 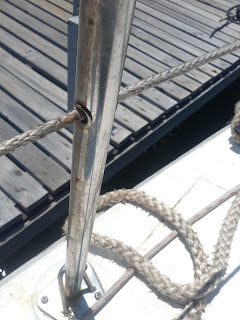