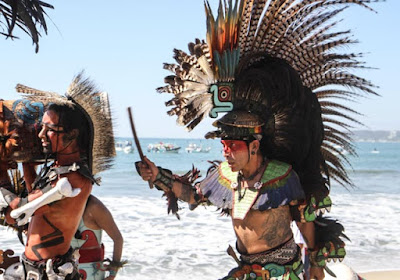 Our weeks in La Cruz have been a bit of a whirlwind. Between catching up with old friends, meeting new friends, giving various talks (between the three of us, we’re up to six) and prepping the boat for sale, we’ve been joyfully re-engaging in La vida La Cruz. 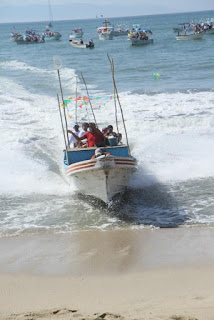 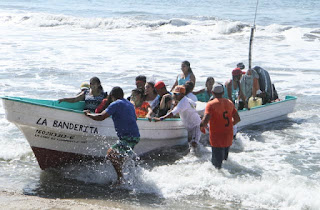 La Cruz has felt like one of our international homes for over 20-years now and though my Spanish is nowhere near what it should be for the number of years I’ve spent in this country, my love of Mexico and Mexicans continues to grow. 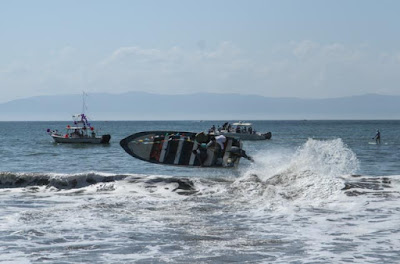 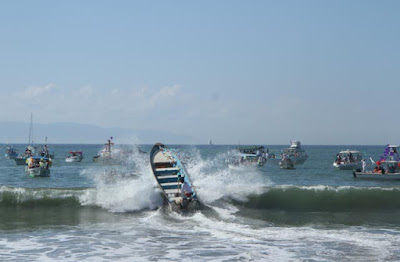 Last week was the Our Lady of Peace Festival in Bucerais. Our first memories of the festival, a parade of toritos shooting of fireworks and a yummy warm rum drink served in a clay mug, date back over twenty years. 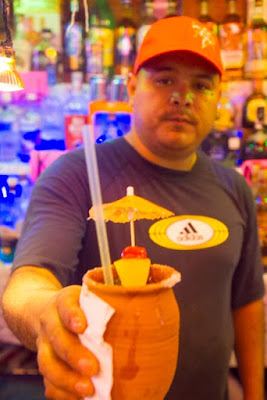 Back then I don’t think we had any idea that the tradition of our Lady of Peace goes back to a December night in the 7th century when a fellow called Ildephonse entered the Cathedral of Toledo and found the Virgin Mary sitting on the archbishop’s chair. She gave him a cloak and he interpreted the gift as her approval of the work he was doing. Ildephonse died on Jan 23rd, and the next day, Jan 24th, was dedicated to remember the miracle. 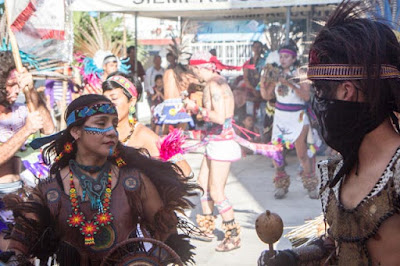 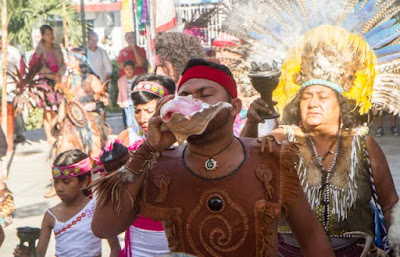 How Saint Ildephonse became the patron saint of a wee west coast fishing village in Mexico is a detail that’s no doubt lost to time. But while no one seemed to have a clear reason for the celebration—it doesn’t stop the fun. 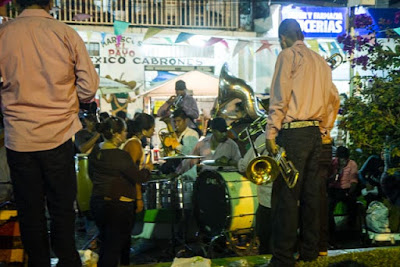 Day and night-time are very different in the town: daytime is the domain of gringo tourists. There’s a Catholic mass (not so gringo) followed by a ceremony and dance by indigenous people (a little more gringo) and by the time the fishing boats make a high speed run for the beach filled with sunburnt faces I think most of the Mexicans have headed home for a siesta in preparation for the night’s festivities. 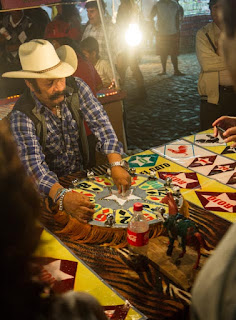 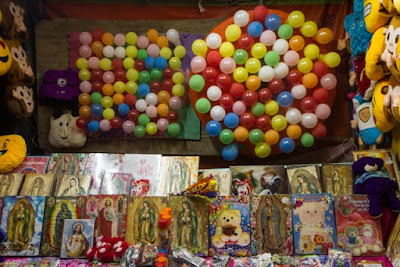 This is where most gringos go wrong. We keep wandering around the festival, fading in the heat. By the time the sun sets, the multiple competing brass bands show up (or it could be one really big band that plays badly together), the gambling stalls open and the drinks start to flow the gringos are at home soothing their sore feet and the locals are dressed in their best and just getting started. 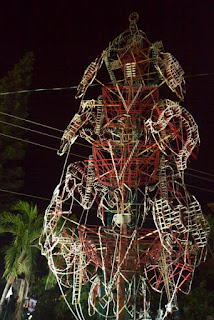 It’s worth doing the festival the Mexican way. After strolling streets and checking out the rides and stalls the highlight is always the Castillo—a three-story fireworks structure that spins, whirls and explodes. It never grows old. Part of the spectacle, as sparks fly into the crowd, is making sure your neighbour doesn’t catch fire. 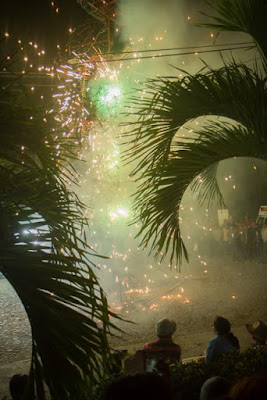 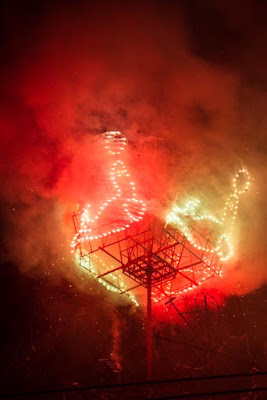 After the fun of Bucerais (with a few excellent taco and music nights in between) we found a charreada. If we hadn’t been to one in the past—and known they were worth seeking out, we may have missed out. But luckily we caught day two of a four-day International competition in the new Arena Vallarta. 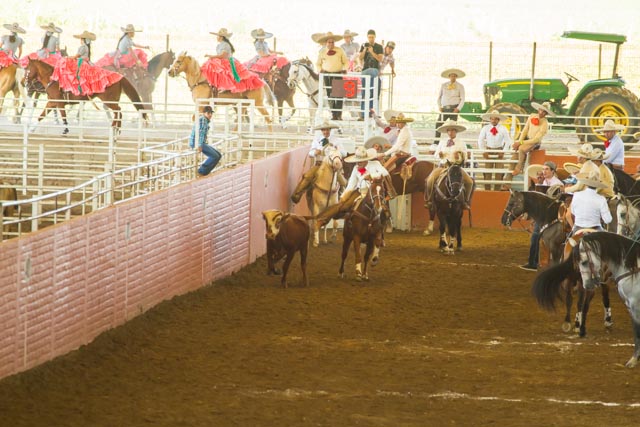 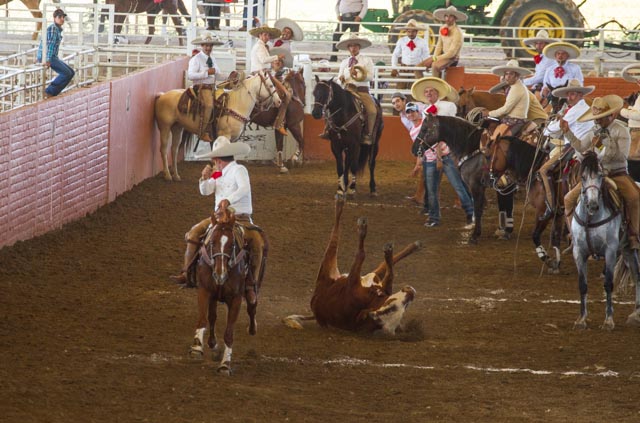 The setting was gorgeous. And while the rodeo is probably similar to rodeos around the world—it’s really the atmosphere I love. Between the charros in their stately (but vaguely ridiculous) sombreros, the women in the colourful adilita costumes, the mariachi bands and the gorgeous animals it’s hard not to be entranced by the scene. 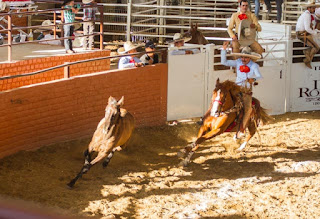 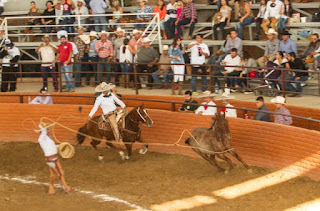 This time we knew a bit more about what we were looking at—and even recall a few of the scoring details. Mostly though we just soaked it up and shared it with friends. 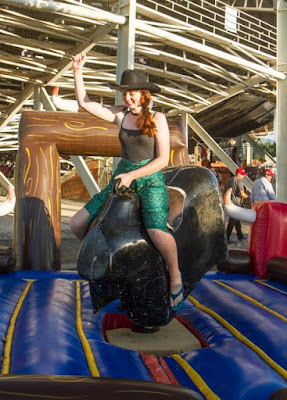