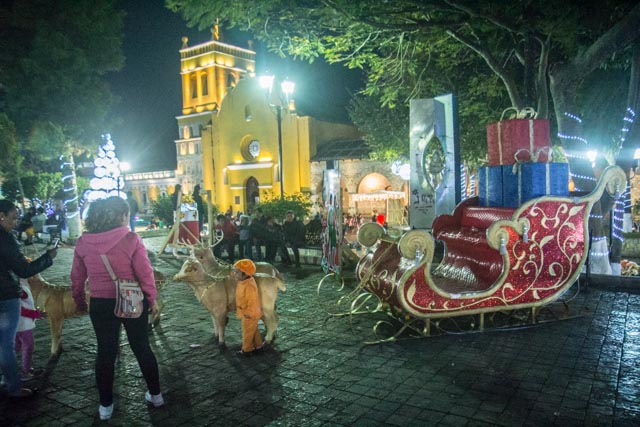 Twenty years ago, our bus ride from the anchorage in Puerto Madero to the Chiapas town of Tapachula went through multiple military checkpoints. At each one, soldiers wearing black balaclavas and carrying automatic weapons would check ID papers, looking for rebels. The people were the poorest we’d seen in Mexico—the countryside was stunningly beautiful, but it barely provided subsistence-level living. The Zapatista rebels, who were pushing for social justice and improved rights for indigenous people, were active throughout the region. And thanks to a broken ceasefire the big billboard reading “1996 The Year of Peace and Reconciliation in Chiapas” was filled with bullet and mortar fire holes.

Despite the unrest, I wished we could explore. This was the land where ancient Olmec, Toltec and Mayan peoples had built huge cities; a place of colonial cathedrals, soaring mountains, wild rain forests, jaguars, toucans and rivers and lakes of brilliant blue.

By the time our visit finally rolled around, peace had thankfully taken hold but the magical places I once wanted to visit had become tourist attractions. Nothing’s wrong with a tourist attraction. But if you’ve ever been fortunate enough to explore the ancient avenues of a forgotten city by yourself, it’s hard to go back to sharing one with hawkers and tour groups. 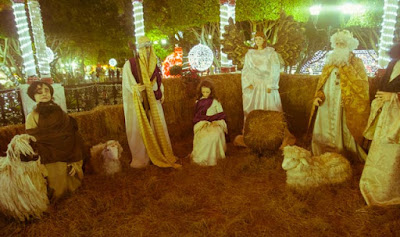 Even if they still had been my dream, we didn’t have quite enough time to head to San Cristóbal and then Palenque and do them justice. Palenque is 10 hours away on roads that cut through several mountain ranges—a gorgeous, but exhausting trip. So instead of following the now-standard gringo trail from Puerto Chiapas, I did some research: Five hours away, I found the mountain town of Comitan, a favourite with Mexican tourists because of its historic central square and the surrounding Mayan ruins, waterfalls and multi-hued blue lakes. 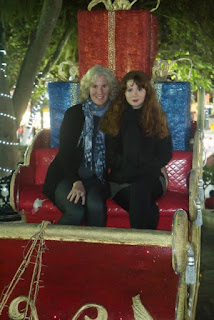 It’s also popular with locals because international tourists haven’t discovered it yet, so it’s affordable even by local standards: A nice hotel room was $30 USD. Dinner at one of the town’s best restaurant came to <$40 including artesian cocktails, appetizers and Comiteca-style main dishes, while a more typical restaurant meal of chicken mole and enchiladas (with margaritas and rompope) was <$20 for the three of us. The parks we visited ranged from free to $1.50 a person.

The route to Comitan was a reminder of all that the Zapatistas had petitioned for. Chiapas, with its large indigenous population, has historically been underserved by the Mexican government. But now, the road that winds through mountains of jungles and coffee plantations is studded with signs pointing out new schools, road construction, rural health centers and pedestrian bridges, which span deep river valleys and replace old rickety suspension bridges.

Despite the improvements, the road is still a challenging one. But we were happy to discover drivers seem to look out for each other. The vehicle ahead of us would frequently flash his tail lights to alert us to car-sized potholes, locals on horse back or one of the routes more than 300 topes (we counted)—the dreaded speed-bumps marked every Pueblo, school, bridge and store. Entrepreneurial locals take advantage of each traveler’s need to slow at a tope by setting up market stalls beside them—while stopped you could buy honey, coffee beans, mangers (for Christmas) as well as the standard drinks and snacks. 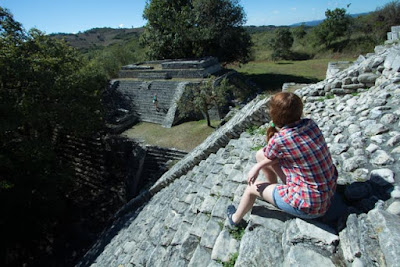 Comitan was a lovely surprise. Most of what I had found about it was written in Spanish and between my bumbling efforts and Google Translate—I didn’t know much more than that town was historic and did Christmas well. What I hadn’t expected was how pretty and how blessedly non-commercial it would be. The only vendors sold food, drinks and warm clothes or shawls. That’s it. 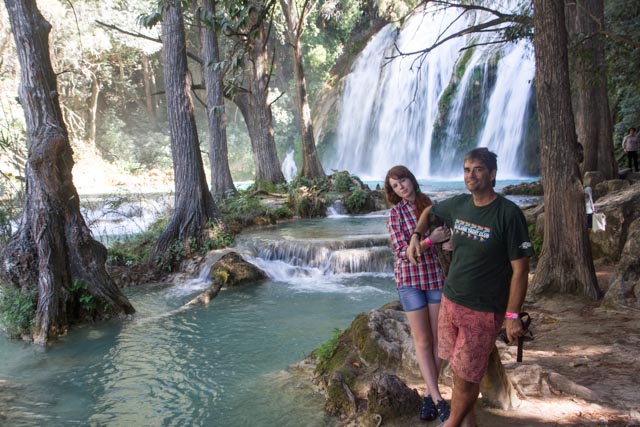 Instead there was music, children playing and families strolling through the lit up square. We watched the posada—a procession of kids carrying a statue of Mary and Joseph. Each night before Christmas Eve they search for lodging, only to be turned away. In one shop we tried several samples of Comiteca—the local agave brew that’s sweetened with cane syrup and flavoured with various herbs.

From Comitan we visited El Chiflon. The cascades are the big tourist attraction in the area and Mexican families travel here to be awed by the huge waterfalls and to picnic along the river’s edge. Evan and Maia decided to give the zip line a whirl and rediscovered that adventure in Mexico lives up to its name: the zip line’s ‘brake’ was a manual wooden one, and when it began to smoke Evan knew he might land a little more firmly than hoped. In fact, he hit the platform and bounced off, traveling back up the zip line about 60 feet.

Even with a sore neck and few bruises he was still up for our visit to Tenam Puente—the first of the two Mayan ruins we visited. Located on the outer edges of the Mayan empire, both Tenam Puente and Chinkultic are only partially excavated and rebuilt. There are multiple mounds around the sites which make you realize just how much archaeological effort went into making the sites look like cites again. 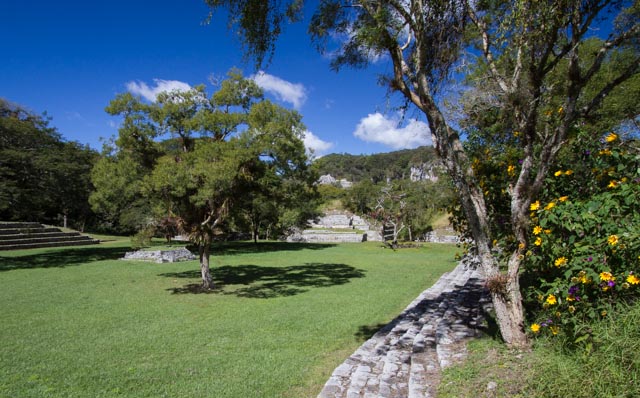 Still, there was more than enough excavation to imagine how the cities would have appeared in the past. And they were large enough and uncrowded enough that we were free to stroll through the forested settings and daydream in peace.

Back at the boat, we’re now preparing for Christmas. I never found ‘a few more gifts’ on our trip (no vendors selling stuff means it’s tricky to buy stuff) but somehow a family adventure seems like it will last longer in our memories than any trinket would. 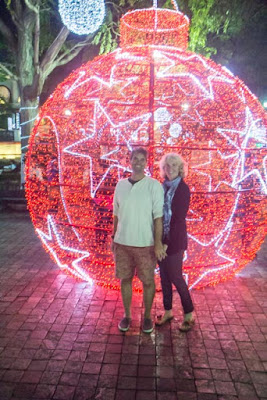 So from Ceilydh to you—we wish all of you the very best of this season. 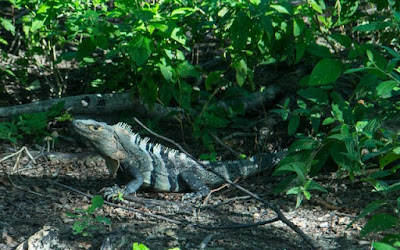 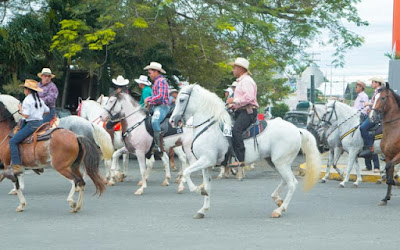 We took advantage of the calm winds to motor to Golfito, Costa Rica. Lots of adverse current and bumpy seas coming out of the Gulf of Panama--so we took a break and anchored off one of the islands. My zika symptoms shift a bit the way Maia's did- mostly I have a killer headache, sore joints, increased seasickness and an endless capacity for sleep. Perfect for a motorboat passage. Should arrive early tomorrow.

This e-mail was delivered via satellite phone using Iridium Mail & Web software. Please be kind and keep your replies short.
No comments: