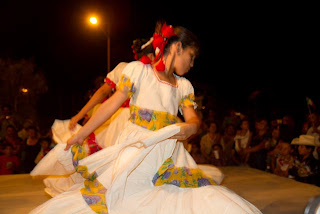 At just before dawn on the 16th of September 1810 a Roman Catholic priest called Miguel Hidalgo y Costilla called for an uprising, encouraging the people of Mexico to throw off their Spanish oppressors and revolt, “My children: Will you free yourselves? Will you recover the lands stolen by three hundred years ago from your forefathers by the hated Spaniards? Tierra y libertad!” 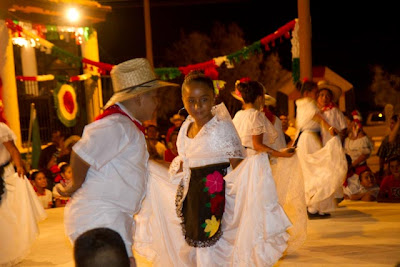 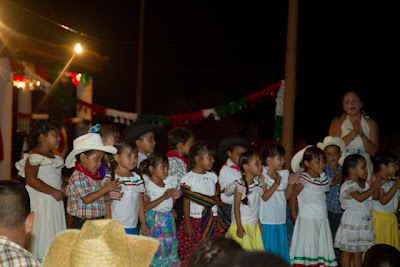 We’ve noticed that Mexicans will celebrate just about anything. It’s hard to keep the revolutions straight (Cinco de Mayo commemorates the victory of the Mexican Army over the French in 1862, and then there are the festivals from the 1910 revolution, when Panch Villa became a folk hero…) 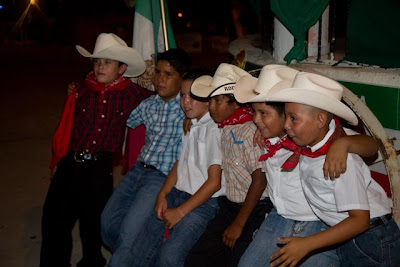 We headed to the little town square around 8pm. Not long after we got there the performances began. We think that every child in the area (plus a few that were passing through) was given a costume and pressed into service. The kids danced their way through a narrated tale of ’s history and across the country’s landscape—we heard about pirates, and revolutions, and a whole list of heroes. 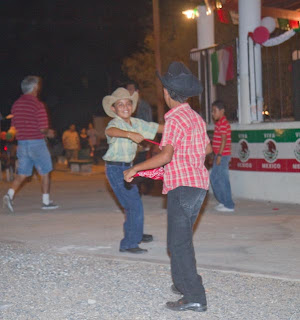 While we watched the dancing, we ate and drank, and the kids explored—they headed to a decrepit bouncy castle and then discovered a pony that was offering rides. I joked with Ethan (from Eyoni http://eyoni.blogspot.com/) that no doubt one of our girls would be on the pony when the fireworks started. He said it would be five-year-old Zada, because they had just had an extreme fireworks encounter at a 4th of July party.
As the formal part of the celebration wound down and the flag was raised and the Grito made: 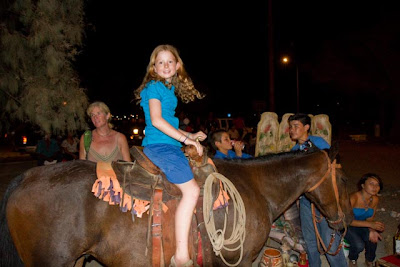 Then the fireworks started. There weren’t a lot of them, but the pony didn’t like the explosions. He reared, and Zada--who was clinging to his back, and Maia--who was beside her on the ground, began to scream. In the chaos Zada was rescued and Maia ended up in my arms.
The fireworks continued to light up the sky. Music blared. Tequila flowed. 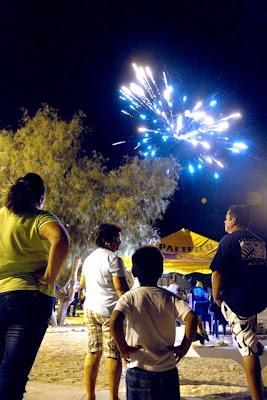