Mexico: Another Day, Another Fiesta 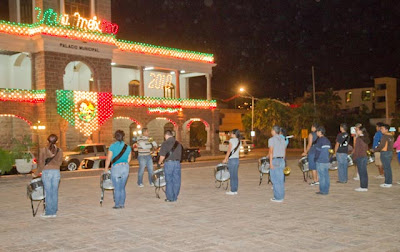 
While Mexico will celebrating 200 years as an independent nation all year—the bulk of the celebration happened on September 16th. This weekend Guaymas joined the party with a cultural festival. I’m pretty sure the town has been around for more than 200-years and I know they had quite the party on the 16th—so we’re not actually sure which significant date we’re actually commemorating. My guess is they still had all the decorations from the bicentennial and decided to get good use out of them. But who are we to look a gift fiesta in the mouth—especially when it occurs about 100 metres from our boat… 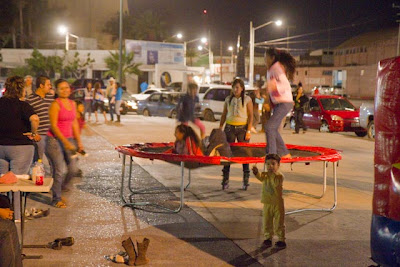 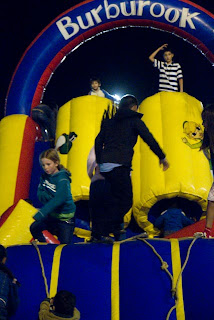 The main draw for Maia was the bouncy play section—for a small donation she’d be let loose for 40 minutes in a playground of bouncy slides, bouncy walls, bouncy castles and trampolines all set over concrete (which always seemed more amusing in its casualness before it was my child who could launch to her death). She was pretty thrilled to discover her Spanish lessons are having an effect and quickly invited a few local girls to be her friends. From there we headed to the clowns—you know you’re pretty much the only tourists at an event when a clown can scan a crowd of 200+ and pick you out as the English speakers…
From the clowns we hit the food. There were all the high-fat favs: churros, elote (corn cobs brushed with mayonnaise and coated in cheese) and nachos (a heart murdering concoction topped with mayo, cheese sauce and corn) as well as wheelbarrows of dulces (sweets) and cotton candy. There were a few stands selling jewellery and handicrafts, as well as ones selling small toys and balloons--but there were none of the typical event souvenirs (t-shirts, caps or coffee mugs) we’d find at home. A testament to the fact that Mexico hasn’t totally embraced mindless consumerism yet, and that nobody really has money for stuff they don’t need (as evidenced by the fact that the place we got our pumpkin still has them for sale—at full price…) 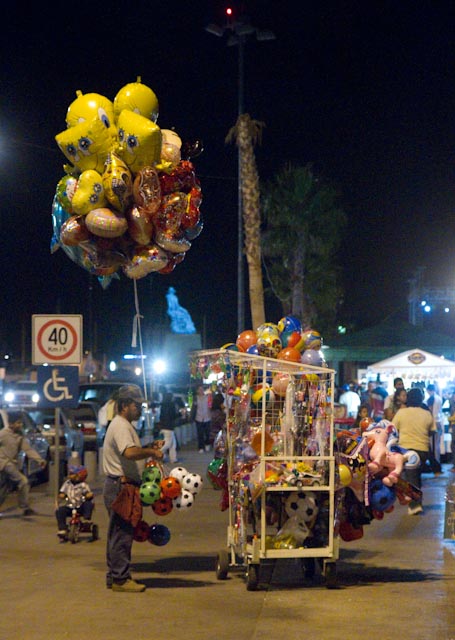 The culture part of the festival occurred on the main stage—where a mix of plays, dance and music represented, “the birth of Mexico as an independent nation, with all its possibilities, vices and virtues.” We could sort out some of what went on (the revolutions were always easy to pick out) and enjoyed the skilled dancing, but the more sophisticated plays were lost on us. 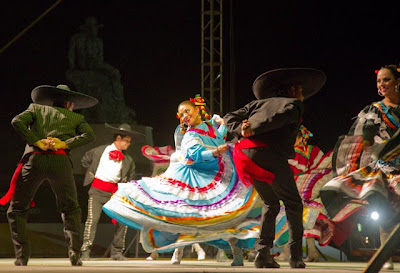 The final night included a beautiful display of folkloric ballet. For the most part it’s kids who dance the old dances, and the only adults who dance typically perform at kitschy tourist shows. But seeing the familiar choreography, with specific costumes and dance styles representing each region of Mexico, performed by skilled adults to a crowd of Mexicans on a weekend when they were celebrating their homeland gave the dances a new poignancy.
And we learned that they really do dance the Mexican Hat Dance in Mexico.

Er...you don't think this just MAY have something to do with Maia's blonde hair, do you? ;0)

Glad you had a good time. Take care.

or, it could be the fact that Evan and I tower over your average Mexican by about 6" ;-)