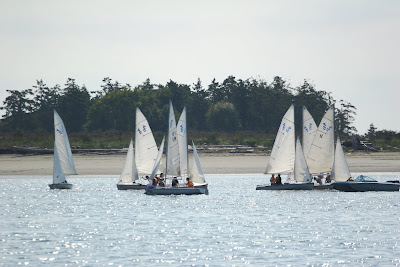 Sometimes it’s good to rediscover just what moves us. There is a quote I like; to paraphrase, it says we spend our lives searching for the thing that first inspired us. It sounds simple really, and for me it probably is. For me, inspiration comes down to a place: a sheltered harbour, tucked in beside a small cozy town that is ringed by impossibly perfect mountains and glaciers. 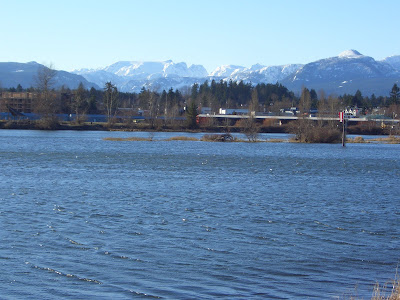 I was four or five when I was walking the docks at with my dad. I remember it as one of those crisp winter days; the sky was bright blue, the mountains snow capped. The wind was calm, but cold slapped at my cheeks. Most of the dock was taken up by fishing boats, their wooden hulls were bright white, their trim painted in jaunty contrast. Here and there were little sailboats. It was those we stopped for most often. “Sweet lines.” I remember hearing, when we stood in front of one just a little longer than all the rest.
The one with sweet lines intrigued me, but there was a different boat that really caught my eye: Strong and long and dark, where the others were light and graceful, I sounded out the hailing port: . It was then that I understood that boats could cross oceans. And as pretty as my little town was, with her winding rivers, white sand beaches and dense forests, I knew I would leave. 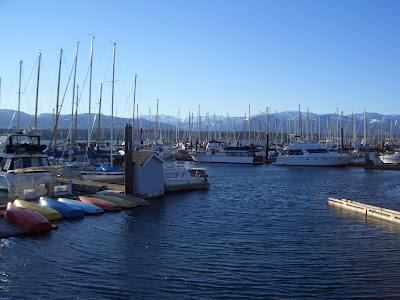 As a teenager I sailed out of that harbour as often as I could. At high tide I would skirt as close as I dared to the mud flats and dodge my way across the Comox bar – making for the open Straight as quickly as the wind would carry me. In the late afternoon, when the sea breeze shifted and began to drop, I would point my bow at Forbidden Plateau and begin a reluctant tack home. Finally, the day came when I left for good.
The thing about leaving a place as pretty as Comox – is you have to go back. You forget, after a while, what drove you away, and remember a place only for what you love. When the chance came to do a story about the area I knew it was time to sail home. 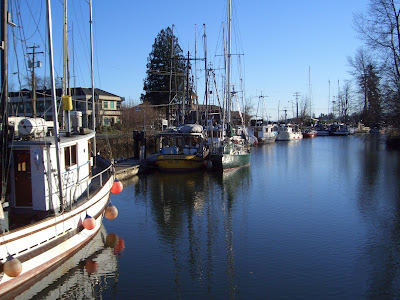 Maia was anxious to see where it was I grew up. So we tidied the boat and headed to shore. “This is it?” Maia asked, her urban upbringing making her scornful of the short blocks of businesses. “What else do you need?” I asked as we walked. There was a bookstore, a marine store, restaurants and across the street, a mall with a grocery store and pharmacy.
Maia was silent, then told me it looked old. “Old fashioned?” I offered. She pointed across the street at the turn of the century Lorne Hotel. “That’s old fashioned.” She said, “The rest is just old.”
I spent the next few hours touring her around, trying to burnish my hometown’s tarnished image. I told her we could visit the beautiful Filberg Heritage Lodge and Gardens and told her about the old tidal swimming pool that was still there when I was a child. I offered up the long beaches at where at low tide we could search for sand dollars. I pointed out that deer still wander across the street here. But in the end she just wanted the playground.
“I used to make cotton candy at summer fairs and festivals that happened in this park.” I told her as she played. Suddenly her eyes lit up, and I was bestowed with a look of admiration beyond any I’ve ever experienced. Slowly, she started to stroll across the grassy park, taking in the details of the marinas, mountains and the little town on the hill. “It’s so beautiful.” She told me. “I can’t believe you actually lived here. Was the cotton candy pink or blue?” 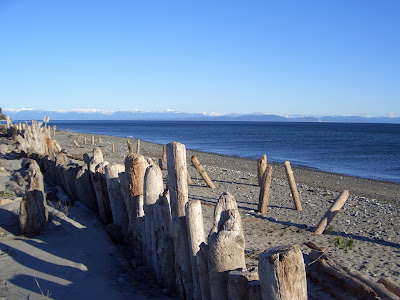 It’s hard to know with a hometown if the magic you remember is real and tangible to others, or just a figment of childhood.
But it’s good to pop in and check on the place that first inspired me. It’s nice to visit the places I loved and then wander the docks; looking for those far-away hailing ports. When I find one, and I silently month the words, it’s as though I’m five again, and the world is mine to explore.