How to Wreck a Boat 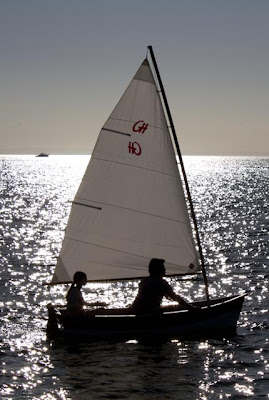 So here’s the deal—even with lots of ocean miles and plenty of experience you can still wreck your boat—in the span of a few heart beats.

When we came down the river Friday morning it was on a spring tide (it’s a full moon thing—not a season thing) which meant there was a lot of water pushing us to the sea adding 3+ knots to our boat speed in places. There was also 15 knots of wind in our face.

We needed to pull into a fuel dock—so the choice was dock into the wind? Or into the current? A sustained strong gust made us choose the wind—but as we approached the dock, and the wind died, we realized we chose wrong. But we bounced onto and along the dock and managed to stop ourselves after losing only a little paint.

But then it was time to leave. Leaving into a strong current is a cake walk if there is nothing directly ahead of you—but if you have mega-yacht row downstream, with the first big shiny yacht a boat length away—leaving gets trickier. Or technique was to angle our bows out into the current by going in reverse—then when we were pointed into the middle (and past the power boat) we hit it with full forward throttle and the wheel hard over.

The boat was promptly pushed back into the dock by the current and we were now hurtling toward a huge, expensive looking powerboat. Evan called for me to turn harder and raise the rpms to redline—hoping to get the boat to turn. Which it did, inch by inch. We could have kissed the powerboat as we swept by—literally.

Then the engine died.

We are still on Fiji fuel. But we filter fuel as we it bring aboard and we have two more inline filters. But the engine still laboured and died. And then laboured and died again. Evan decided it was a fuel issue. I decided we needed a sail. So we unfurled the genoa and tacked down the river until we reached a wide spot where we could anchor. Only to discover that the hateful Italian anchor windlass, had after three months of non-use, had turned bitter and seized up.

So you got this? We just about flatten the boat, and live. Then the engine dies on a busy river and we set a sail and live. We get to a safe place to drop the anchor and the windlass won’t work… It feels like we should just go home. But can’t.

But Ev drops the anchor manually then set about replacing the fuel filter. The engine starts—so he sets out to fix the windlass. His multimetre (which would diagnose the problem) has a flat battery. So we decide to haul up the anchor by hand and fix the windlass out on the bay.

So we head off—and after ten mellow minutes the engine starts to die. A freighter is coming—so I aim for the river bank where we drop anchor—again. 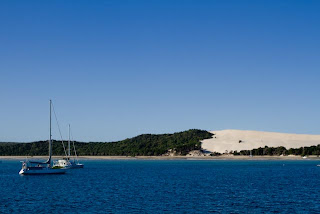 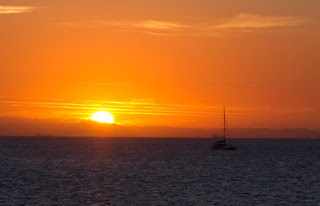 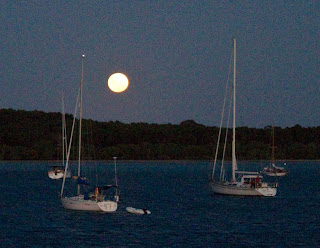 This seemed like a good time to sit down, have lunch and decide if we really wanted to go out for the weekend after all. Because it sort of seemed like maybe we weren’t meant to. But then Maia mentioned the Easter Bunny and we rallied. Evan completed a repair on the windlass sans helpful tools and changed the fuel filter and the next morning we headed to join our friends. 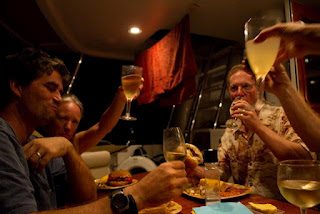 Oh my. A few grey hairs after all that eh? Did you remember that the EXACT same thing happened to us on Neshamah when we were down in NC? The whole current, getting off the dock, mega yacht, engines died because of bad fuel scenario. Only in our story we DID hit the mega yacht and gave him a nasty scratch and bent all of our starboard side stanchions like toothpicks. Sigh. Doug still talks about that day as one of our worst. Glad yours ended with wine and friends.

Wow - a little too exciting. Glad you pushed through and enjoyed your weekend. True cruisers!

Definitely too exciting in the moment, Carla:) I had forgotten you had the same experience Cindy!! Yikes. Sucks to hi another boat--though it does happen.