A Weekend in Woop Woop 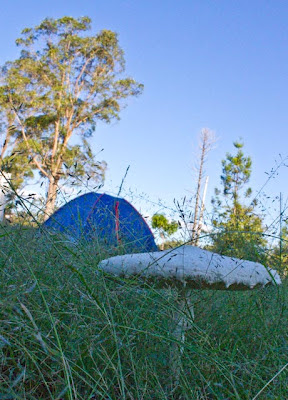 Last week I was talking to a cruising friend who recently sold the boat and moth balled the flip flops. The conversation was about all the things she missed about cruising and one of the top things, she said, was being spontaneous, “Land dwellers just don’t seem comfortable with sudden invitations to do unexpected things.”

Woop Woop is a mythical place in the middle of nowhere—it’s just one of the names Aussies use for a remote outback settlement. The invitation to go camping in Woop Woop came from Annalise, someone I met once, while buying Maia’s school uniform. She was nice.

Actually—the invitation wasn’t for me, it was for the Totems—but Ev was going to be away, I own the GPS, so Maia and I sort of crashed the camping trip. There would be chickens, I was told, and hiking, and horses, and a swimming hole. 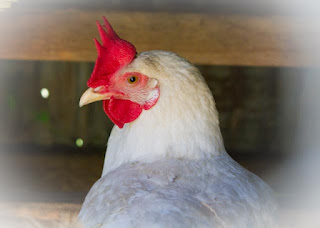 I was there at the chickens.

The mystery was how do the chickens cope with living alone in Woop Woop? The land used to be home to Annalise’s in-laws—but they don’t stay out there much anymore. Behan theorized that whoever was caring for the horses was also caring for the chickens. I joked that the chickens might just be travelling from Brisbane with Annalise and her family.
They were.
“They like coming on holiday,” Annalise said, as she showed me the crate of three stunned chickens stuffed in the trunk along with camping gear. 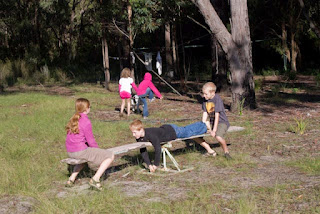 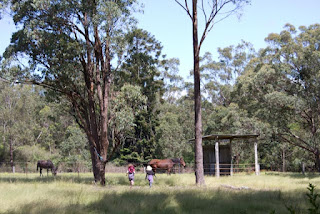 The property is a 160 acre farm where the owners had lived self-sufficiently off the grid. There was a lovely big orchard and a garden, a big fire pit and a house that cropped up around a trailer. We set up our tents and built the fire and watched the stars fill up the sky. Over tumblers of goon (boxed wine) we said things like, ‘I reckon it’ll be a right ripper weekend if the bities and drop bears don’t get us.’ And, ‘Tomorrow arvo after checking the chooks we’ll put on our cozzies and head to the crick--it'll be heaps of fun.’ 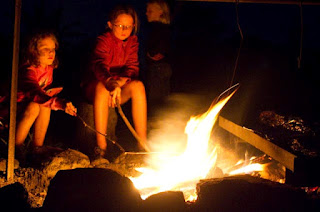 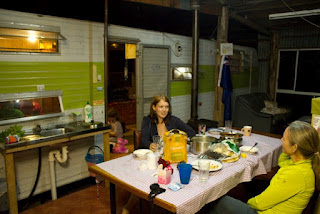 At one point during the weekend Annalise told us how impressed she was that we showed up--that she'd been inviting friends for years and they rarely took her up on the offer. Behan and I explained that sudden, unexpected invitations are the best--and as cruisers we learn to relish them.
And my friend? The one who’s slowly learning to live as a land dweller? She's decided that she’s not going to give up surprising her friends with unexpected invites, and if you call her at the last minute and ask her along to just about anything? She'll be there—because you never quite know where those adventures will lead.