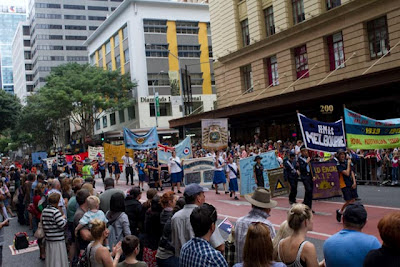 We stood wedged in a thick crowd lining the side of the road, around us flags were waving and people clapped and occasionally wiped away tears. Unknown to Maia she was getting a history lesson in heartbreak and hope: Gallipoli, Passchendaele, El Alamein, Buka, Bougainville, Han River, Seoul, Babang, Duc Lap, Long Tan, Al Rumaythah, Doan and Kakarak. Congo, Cyprus, Uganda, Yugoslavia, Haiti, Solomon Islands and Darfur. 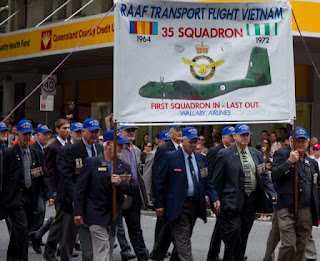 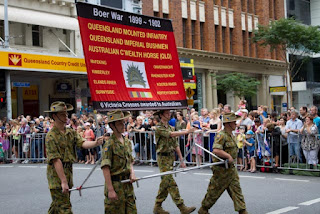 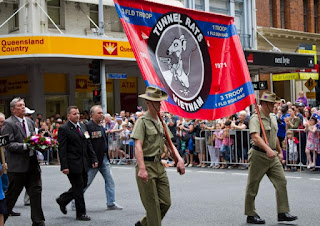 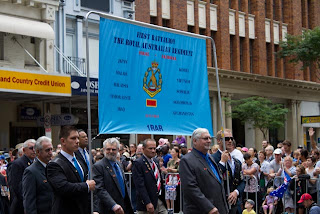 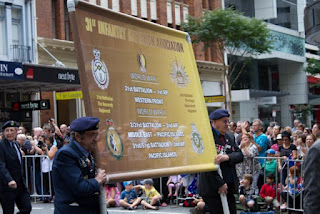 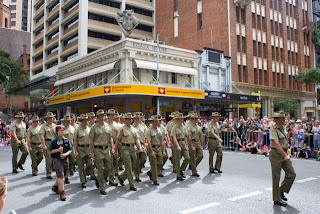 She thought she was watching a parade with pipe bands and soldiers, and old men and women—their chests heavy with ribbons and medals, sprigs of rosemary and poppies. And we decided not to explain a world of conflicts; a small country on the edge of the earth that tries to bring peace; brave men and women who believe in freedom.

It’s enough that she witnessed the long parade of battles gone and forgotten, and of peacekeeping that never ends. It’s enough that she sees us plan a cruising route around a world where risks are ever-changing, as peace gives way to strife, and then war retreats to truce. 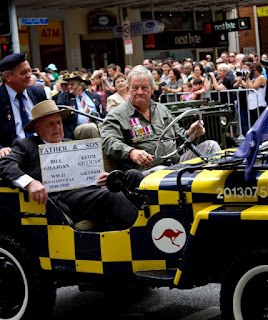 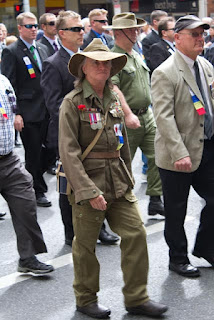 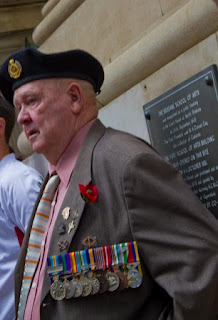 This wasn’t a day to judge the wisdom of war; this was the day to honour valour and believe in heroes. 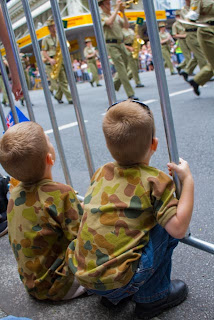 * ANZAC Day commemorates and honours the members of the Australian and New Zealand Army Corps (ANZAC) who fought at Gallipoli during World War I. It’s become a national day of remembrance and celebrates the distinct Aussie spirit of courage, ingenuity and good humour. And when the parade is over they all head to the pub to gamble and drink like, umm, Australians...

So simple. So moving. Bawling.