Before I say anything about our part of this event—I have to say, our day seems frivolous compared to the widespread devastation that we are still learning about. My heart goes out to those who lost lives, loved ones, homes and livelihoods.
Like many people, we woke to the news of Japan’s horrifying earthquake and tsunami. As we monitored the situation this am—we tried to decide what to do about the fact that both our main engine and steering were disassembled. As initial tsunami reports came in, it looked like we’d experience an event much like last years—a quick rise and fall of the water and some current. So Evan headed into Puerto Vallarta to retrieve boat parts and I headed off on an errand.
Around noon it became clear that the tsunami was packing a much bigger punch than anyone expected. So any boat that could head out of the marina did. I sent Maia with Hotspur, so I wouldn’t have to worry about her. And fifteen-year-old Tim joined me and helped me tie the boat up as best we could.
Then we waited.
The first drop came around 1:30pm. It wasn’t huge—it was about 33 inches and took about 30 minutes to go through the cycle. We had three more similar surges—which churned up the water and created some current, but we simply rose up and down. The in and out wasn’t fast enough to throw us around.
When Ev got back Tim and I headed out to the breakwater to check the entrance. We saw a few big surges—complete with whirlpools and overfalls (think big river) but then it seemed to slow. So we headed back to the boat thinking it had ended and it was safe to start unlacing ourselves. 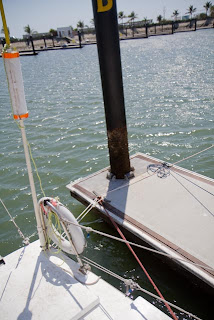 The next wave caught everyone off guard—it rose and fell 6ft in five minutes and sucked at the docks until fingers on dock 11 began breaking away. If there had more than one surge like that we would have had more issues. 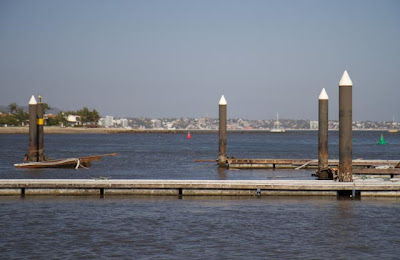 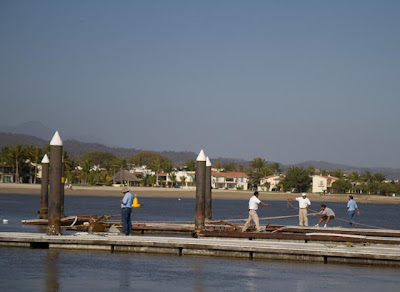 But now, it’s 6pm. We’re surging gently up and down. The harbour is still closed and families are starting to puzzle over how to reunite because many were separated. But as far as tsunamis go—we had a good one. It was fascinating and powerful. But still heart wrenchingly devastating.

Email ThisBlogThis!Share to TwitterShare to FacebookShare to Pinterest
Labels: tsunami

glad you guys are okay! Good to get the reports on FB - though I read them all at once at the end of the day.