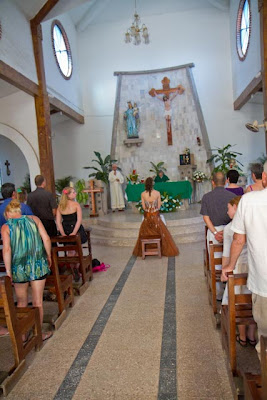 I cried when Coral entered the church. 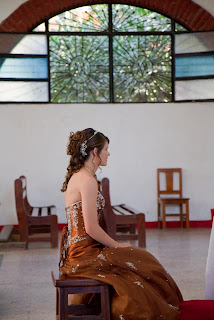 The memories came flooding back: of meeting Dee and Stew after a storm blew us into Westport, WA and sailing down the coast with them; of being the first to meet Coral in the minutes after she was born; of cruising Mexico with them; and then taking a trip together to Mexico City to visit Ramon and his family, our newfound Mexican friends, and celebrate Coral’s 1st birthday. 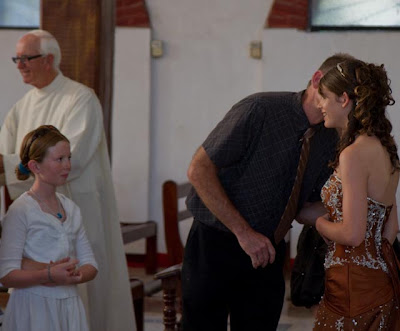 That night—when Coral was in her fancy party dress, and her birthday fiesta had gone far too late for the wee girl, Dee proposed we do it all again, in fourteen years—for Coral’s Quinceañera.
Not all friendship pacts make it through the challenges of time and geography—and our little group changed shape over the years. But Coral went ahead and grew-up anyway, and last night was her fiesta.
A Quinceañera is a celebration of the end of childhood and the beginning of young womanhood. It’s a beautiful ritual that lets a girl’s parents tell her how much they love who she’s growing into. Perhaps it’s a bit like a debutant ball, or a coming out—but the rituals: the first make-up, and first high-heels, and the tossing away of a childhood doll are solemn ones. And for Coral—who is Mexican by birth and who spent her first four years here--it’s a link to a culture that she's just beginning to learn about.
Mass was lengthier than the, “sprinkle of water and a few nice words about growing up” that Stew said he had hoped for. But it ended without the overhead pigeon pooping on Coral, or any of us bursting into spontaneous flames… 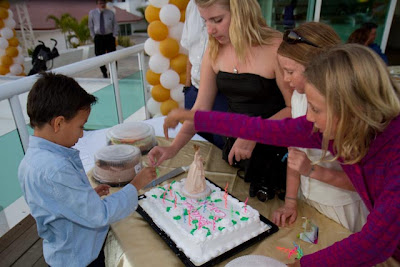 We headed to dinner afterward and continued to catch up—and admire Coral. I cried when she got her high heels, and again when she danced her first dance with Stew. I cried when Maia caught Coral’s (now headless after a bad bounce) doll and marveled again about how quickly it had all passed. Just yesterday, it seems, I was scooping Coral out of Dee’s arms at beach landings, and standing at the top of pyramids with her—showing her the world. 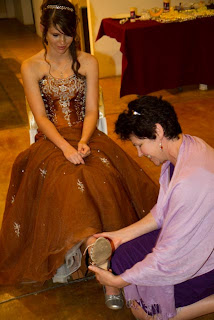 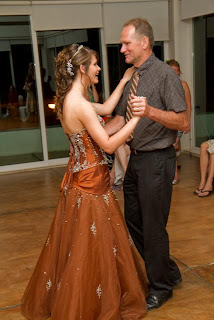 And now it’s hers. 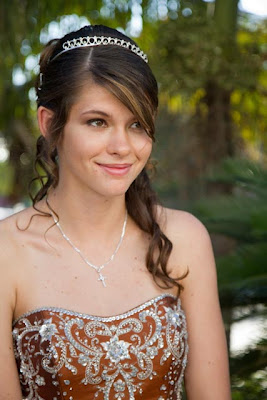 oh stop! i don't have a tissue! I think with a young lady as beautiful as Coral, there outght to be some ritual for scaring away unscupulous young men.

For those who asked me by email: Yes, that is Carolyne from Hotspur in the pics. Yes, we did say goodbye to them at Barra (nice to see ya'll read for content;)
They changed their minds and came back north. Cruising's like that...