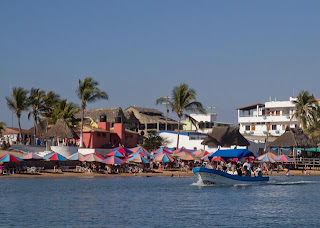 Barra de Navidad (Sandbar of Christmas) is bustling, folksy holiday town with a handful of streets and a smattering of seaside hotels, restaurants and shops. The downtown is located on narrow spit of land that creates a channel into a sheltered lagoon--a rare natural harbour that once housed a fleet of Spanish Galleons.
Sitting in a restaurant high above a steep beach filled with holiday makers, who ventured to the seaside for the weekend, we watched boats enter the harbour and pondered how the town got its name. “Maybe a Galleon entered the bay on Christmas day and found the harbour entry,” Evan suggested. On a coast with very few natural harbours, finding a secure anchorage would certainly have been good reason to celebrate. 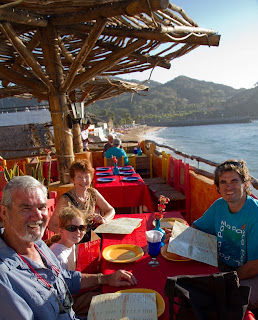 It turns out that the cheerful little town’s pleasant name has a more nefarious history: the first Viceroy of Mexico, Antonio de Mendoza, disembarked here on Christmas Day 1540, to put down the rebellion that was raging against New Spain. His success lead to the deaths of thousands of natives. A generation later the town’s shipyards built vessels for the expedition of Miguel López de Legaspi and Father André de Urdaneta to the Philippines. 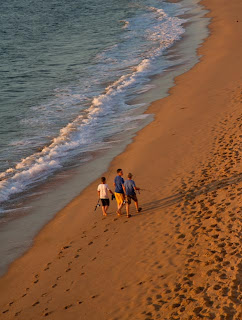 Urdaneta returned by the newly discovered Northern Route a year later making him a hero. But by 1600 Barra’s time as a major centre was over. The Galleons were now traveling to and from Acapulco and Barra  faded into obscurity. 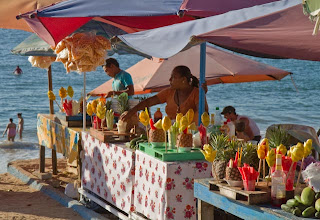 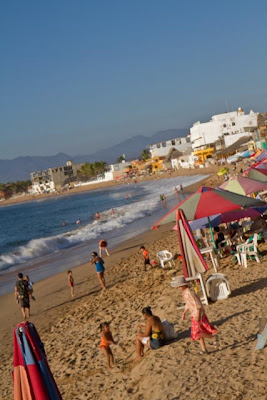 Obscurity isn’t such a terrible thing when it comes to charming seaside towns. Unlike almost every other town we’ve visited in Mexico, Barra hasn’t changed much in the past 14-years. There are a few more tourist shops hawking the same old stuff, supplanting the booths where local artisans used to sell their wares (although I understand the unique regional art is still around), and the number of seaside restaurants sporting identical menus has risen—but for the most part this is still the same quirky little town we found 14-years ago. 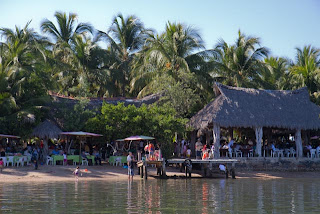 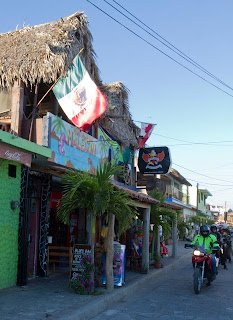 Barre reminds me of the way Key West used to be the 70’s when I moved there for a couple decades. Sparkling waters, quaint homes and shops and pubs and eateries designed to feed the population and yet still be unique in their presentation of themselves: live chickens, naked lady paintings over the bar, bougainvillea drooping onto the tables from above.

It's very much like that, Lynda. It feels about 40 years out of sync. I almost put the pictures in black and white, because the place has that sort of vibe to it...

We visited the elementary school on the Colimilla side of the lagoon... 1 teacher, 2 rooms, and 6 years of children. She was happy to have us take over and help with English lessons and show stuff through the microscope... kids were super friendly... hope Maia can meet them too!