Today we continued our exploring. San Carlos is turning out to be one of those places where the more we experience, the more we like it.
Our first stop was Delfinario Sonora. I have to admit I’m not that interested in captive dolphin shows—we’ve seen (and heard) so many amazing things in the wild that heading to see performing animals doesn’t hold much appeal. The difference here though is the Delfinario’s main purpose is Dolphin Assisted Therapy (DAT) a rather out-there (but massively popular) therapy for children with central nervous system disorders. 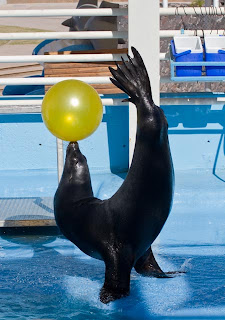 I’m reserving judgement on the therapy, but I have to say that watching a dolphin show with a hundred or so Mexicans who have never seen the creatures before was electrifying. The faces of the people around us made it clear that they were in awe. The show itself was fine—the dolphins seemed healthy and content, the staff was excellent and the facility was gorgeous. It’s just, well, you know—when you’ve been woken at dawn by high pitched squeals and come out on deck to witness your very own Sea World—it’s hard to go back…
Our next stop was Estereo del Soldado, an important migratory bird wetland that contains Mexico’s northmost mangroves. Director Mauricio Cervantes gave us a tour, and I have to admit it only took me about 10 minutes to fall in love with the soft spoken man's spirit.
I think he warmed to me when he realized I actually care that the modest 300 hectare marsh contains three of Mexico’s four (some say five, but that’s controversial) mangrove species (red, white and black). And by the time the first three White Pelicans in several years arrived, and we both lost track of what we were talking about to gaze at them in wonder, it was clear we were kindred spirits. 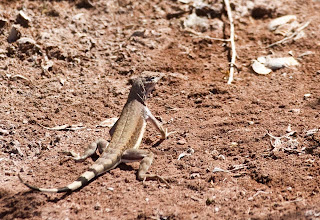 Cervantes though has done something I would never have the capacity to do: he’s waded through years of bureaucracy and his legacy includes not just the preservation of Estereo del Soldado but also the recent preservation of the 200 million hectare Marismas Nacionales in Nayarit http://www.whsrn.org/site-profile/marismas-nacionales. 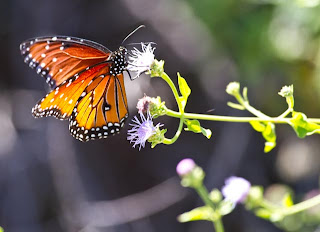 Saving something in Mexico though is not the same though as having the ability to protect it. It was clear after just a few minutes that Cervantes is given nothing to work with. He has a cement shell of a building that he someday hopes will be a visitor centre. His greenhouse—where he once grew native species in the hope of rehabilitating a landscape that was heavily abused by locals (Cervantes hauled 2 tons of garbage off the site when it was first protected)—blew away in a hurricane over two years ago. 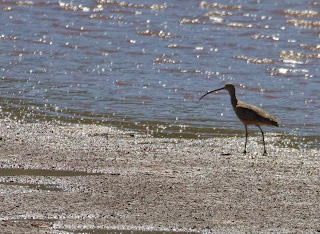 His dream (after re-establishing the mangroves and letting some of the most damaged land come back) is to offer interpretive kayak tours through the estuary and have labelled pathways where visitors can learn about the unique eco-system. For now though he’s content with the thousand or so student who take workshops at the wetland each year (including the local eco-tourism students).
We finished our tour at a tree he told us he likes to visit—whenever the difficulties of wetland conservation overwhelm him. It’s a very old tree and it grows in a heavily damaged area of the wetland, its entire trunk is scarred with names and initials, some of its branches were hacked off. But yet it grows.
He told me the tree is symbolic, a reminder, that despite the damage we have wrought, life continues.
And so it does. Last year there were no White Pelicans in the wetland but this year, so far, there are three.