Where We Are Now—Santa Rosalia 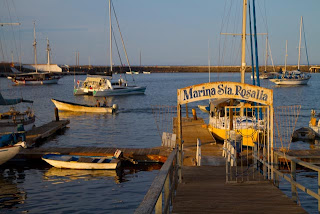 The sun is getting lower in the sky and we’re rocking and rolling. It’s not a late afternoon breeze—instead panga after panga is speeding out of the habour and into the Sea for an evening of squid fishing. 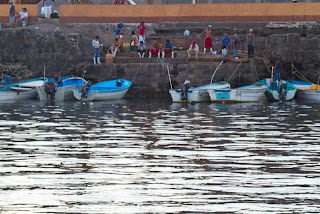 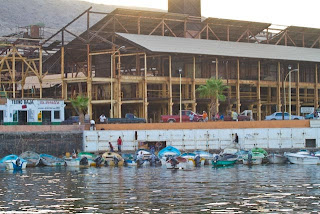 This old square harbour, with its sheer stone walls that the waves bounce and refract off of, was built by a French company called El Boleo in 1884 when they opened a copper mine. The harbour was once filled with steamers and schooners—but now its crumbling walls are lined with fishing pangas and sailboats, like us.

Santa Rosalia is nestled in an arroyo. Its three main streets head inland from the water and contain an odd assortment of shops—most of them selling kids backpacks and costume jewellery. It’s a town that the term ‘faded glory’ was created for. A town of regal wooden buildings that are half-empty and have peeling paint, and a church that is thought to have been designed by Gustave Eiffel himself. 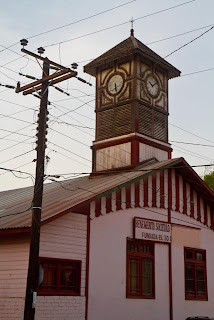 It’s also an industrial town; old locomotives, mining equipment and machinery line the streets or are cast aside. Steinbeck said that unlike most Baja towns which seem to grow in place, Santa Rosalia is the only town which feels built. 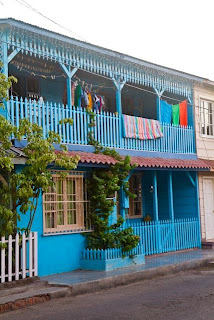 Strangely, or maybe not so unexpectedly, Santa Rosalia tends to be a town that cruisers love. It’s beyond hot. And there is no tourist infrastructure here. It is a local’s town. It’s basic and friendly. People notice when you arrive and greet you when they see you. There isn’t much to see or do, but sometimes you get lucky and the veggie truck comes while you’re here.
And then you get broccoli and maybe even asparagus.