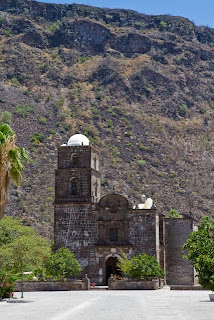 Between 1683 and 1834 some 28 Catholic missions were founded on the Baja peninsula. ’s goal was to gain control of the frontier—by establishing settlements that provided agriculture and livestock (and Christian indoctrination) to the 50,000 or so natives who lived in the region. The result was that European contact (and the diseases it brought) all but wiped out the first people.
These days most of the missions are abandoned. They were built in some seriously out of the way places and were difficult to manage. Despite the fact they were built near water sources, this is still a desert, and many of the communities were never able to become self-supporting, let alone flourish. 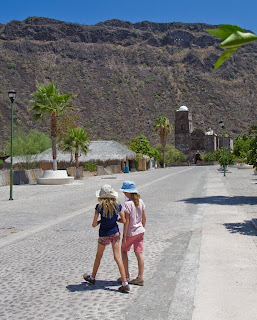 Even though the missions are mostly gone, I’m intrigued by them. Somehow, despite the upheaval and damage the system wrought, there is still something almost mystical about the buildings themselves. I’m not as fascinated by the easy to reach ones though, I like the ones that are tucked away and nearly forgotten. I like a bit of effort with my religion.
Misión San Francisco Javier de Viggé-Biaundó fit the profile. Founded in 1699 it was one of the earliest Baja missions to be established—although when I looked at where it is on a map I couldn’t for the life of me figure out why. 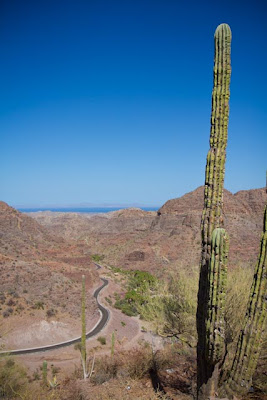 Even today it is hard to reach. With Meri and Caroline from Hotspur along for the trip, we followed what seemed to be a modified goat trail up an arroyo into the mountains. Along the way, almost fittingly, we passed the site of ancient cave paintings, which were left by the very people the mission eventually wiped out. 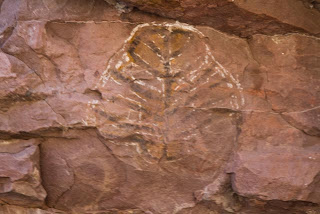 The road to San Javier is under a constant state of construction. Maybe Tourism thinks I’m not the only person who’d like to drive off into the mountains in search of god. But whatever the reason, it appeared as though the road was being built for us, as we traveled along it. Bulldozers moved boulders and cleared a rough pass for us at several points as we rattled over ruts and smaller rocks in our tiny (and abused) rental car. 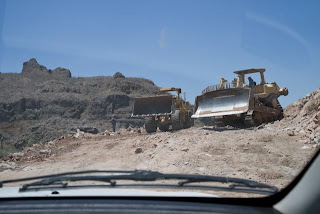 In San Javier we weren’t disappointed—the mission had a serene weightiness to it. A constant and permanent atmosphere that made it feel as old as the mountains around it. There was an old man inside when we went in. He sat silently in a pew and we moved around him quietly—respectful of his deep devotion. After the girls lit candles and we got our fill of the flamboyant art, he began speaking to us—giving us the history of the place and answering our many questions. 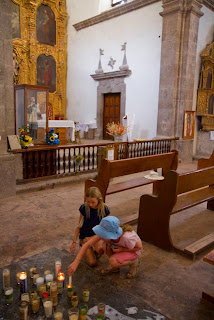 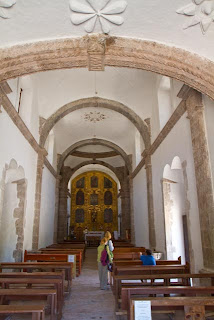 He was still there after we went for lunch, still sitting in the same pew. And we guessed then that he works there. 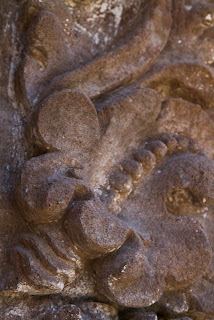 stone detail
He must wait each day for someone to make the long drive to the old silent mission.
So he can tell its almost forgotten story.