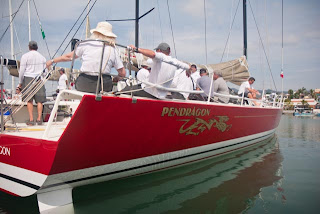 I'm pretty sure the racing was probably great. The wind was blowing, the boats went out each day and the crews came back cheering. But what we, as cruisers, noticed most about the racing wasn't the guys in sailing gear, but the guys with guns. 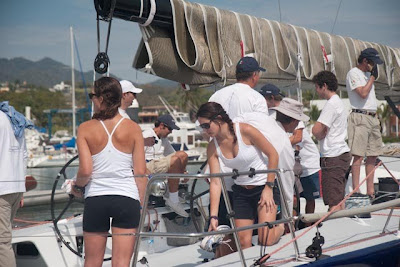 It's kind of a Mexican thing. We noticed it last time on a beach further south, well armed marines patrolling folks in bathing suits. When we asked, we were told it was to make us feel safe. We would have felt safer if we didn't run into so many of the guys with guns hanging out at the Deposito (beer store)... 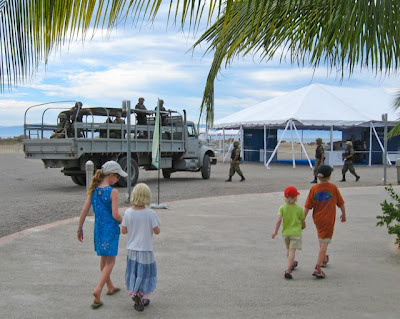 Their presence went up a notch the two times the President visited (Maia got to wave at him, and her buddies from Totem got a ‘thumbs up’ when they saw him yesterday). When El Prez is about, the guys with guns are everywhere: typically two per dock (which made sneaking around the locked gate on a friend's dock seem more challenging than normal), two on each street corner and roving bands of Federales filling in the gaps. 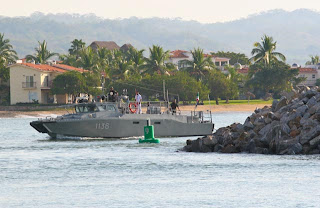 This is why when the fireworks started we stayed inside. We had already heard a few disconcerting explosions through the week. So it just seemed prudent. 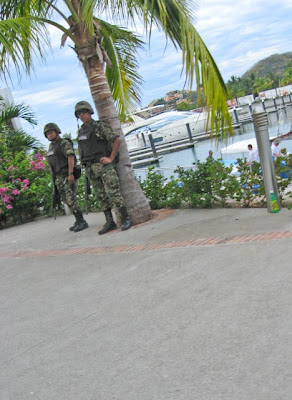 But then the sky lit up. Really lit up. And it took a moment to realize that the fireworks were going off on the breakwater, really, really close by. 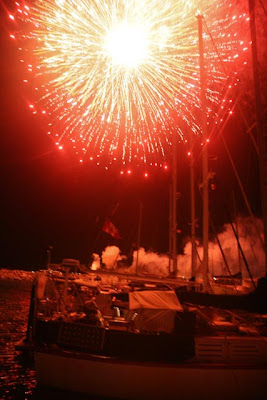 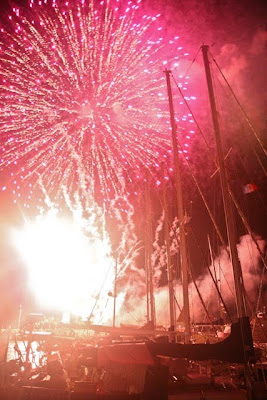