Watch Out, That Can Kill You 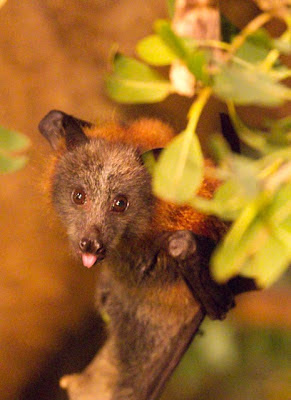 Most people know a few things about Australia, even if they’ve never been. They know it’s a big island/continent somewhere Down Under, they assume it’s hot and sunny (all the bloody rain doesn’t make for good tourism campaigns so the tourism board kept that bit hush-hush), they think everyone says ‘g’day mate’ and they’re positive that just about everything here can kill you.

People ask us about it all the time: ‘how often do we encounter deadly snakes, venomous platypus, lethal spiders, fierce sharks, trees with neurotoxins, poisonous jellyfish, killer octopi or hungry salt water crocodiles?’

The answer is, mostly we don’t. The danger in modern Australia is largely theoretical. For example the deadliest spider, the funnel web, hasn’t killed anyone in over 30 years. And the redback spider hasn’t managed to off anyone since 1955. Even the snakes are doing it tough—Australia doesn’t even rank in the top ten for snake bite deaths world wide. Consider the fact that the actual body count — even when you combine all the deaths attributed to homicidal animals— comes in below deaths caused by lightning strikes (5 to 10 deaths and 45 serious injuries each year from lightning).

And there is something else to consider: If the deadly things in Australia were really that lethal I’m pretty sure the place would be empty. Bless their hearts, but Aussies are very good at drinking and having fun, but not so competent at common sense. In the wise words of my daughter, who just this morning noted a subdued appearing young man who was carrying a huge stuffed bunny which was wearing his shoes and apparently also letting him know when it was safe to cross the street, “I’ll be kind and assume he’s not a foolish drunk idiot about to be killed by a car and just pretend he’s just really excited about Easter.”

In other words, people only stay alive here because all the murderous creatures got a bunch of hyped up bad press and because it’s a bit of a nanny state with heaps of safety measures (they keep barbed wire fences behind fences here so drunk people don’t accidentally try to climb them). 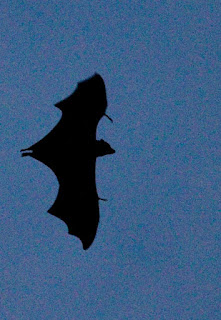 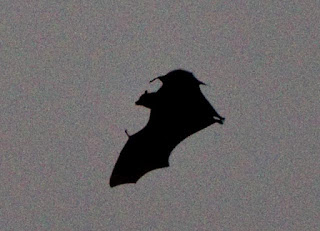 I bring this up because I was taking a picture of a flying fox yesterday and the people around me were seriously afraid for my safety. 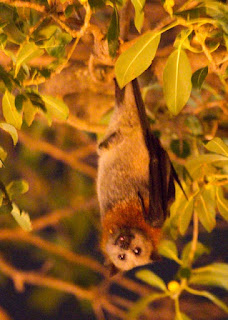 I love flying foxes, or fruit bats. They are spectacular as they fly overhead—looking more bat-like than I realized a bat could ever look. They come in great flocks this time of year, and squabble like children as they perform essential work for a healthy ecosystem by moving pollen and seeds over long distances. They also, like many animals, occasionally carry a zoonotic virus which can transmit illness to other species. And in the case of our flying foxes, the tragic recent death of a young boy from lyssavirus has catapulted them to the front of the ‘most deadly’ list. 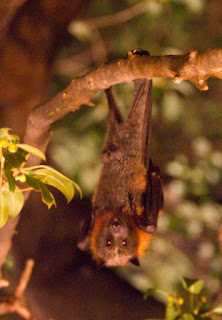 After being here for a while I can say quite comfortably that for all the air of bravado, Aussies like to be safe. They like rules and regulations that lead to fences and signs and security. And since this solitary death there has been an increased call to cull the flying foxes, some of which are already threatened with extinction. This desire to kill bats echoes the call to cull sharks, and slay crocodiles, and influences our desire to bash snakes and poison spiders.

Perhaps though we should step back, and focus on doing away with lightning.

'They like rules and regulations that lead to fences and signs and security'...kind of ironic given it's history as a penal colony.

"looking more bat-like than I realized a bat could ever look"--love it.

Great post - Thank you. Never knew Australia was such a nanny state.

Yes a nanny state due to the libel / sue everybody mentality inherited from North America unfortunately! In terms of penal colonies, well Australians actually rejected this situation early in its history really. A lot of convicts were quite relieved to be able to serve sentences for despicable crimes such as stealing food to feed their families only to start new lives in this harsh place with a ticket of leave and build it into the remarkable place it is today in only a couple of hundred years. Many convicts committed petty crimes in England to escape their dreadful lives. I have spent a lot of my life travelling and I could write negatively about lots of stuff I really know nothing about too but it's much better to enjoy differences and learn more.