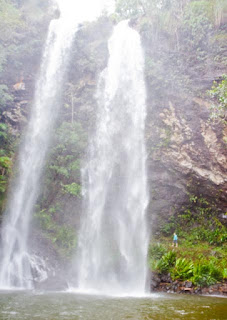 I backed against the mossy wall out of the waterfall’s spray, as a group of hikers edged by. “The trail up ahead is closed.” I said, beaming. “We tried the left fork too. It’s also closed off,” I added, as I tried to stifle my crazy-lady Oh. My. Gosh. Waterfalls-make-me-happy grin while relaying the disappointing news. 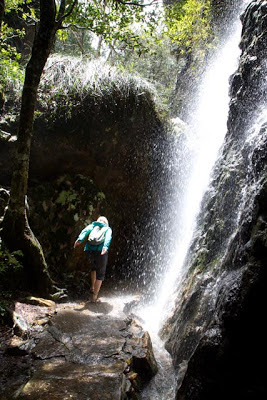 Evan and I continued back to the map and tried to sort out where else to go on the crisscrossing trails. Despite the fact the sign had one of those handy ‘you are here’ arrows pointing at a section of wiggly line, I kept suggesting: a) sections of trail we’d already explored and discovered were closed due to cyclone and flood damage or b) paths that weren’t actually connected to the trail we were on. 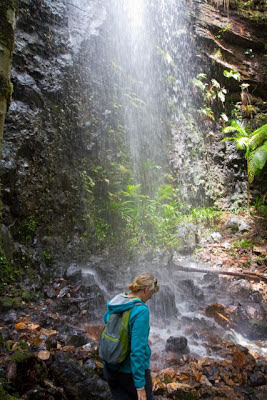 Having no sense of direction and a grave inability to read a map could be seen as a liability in a travel-based lifestyle. When it comes to real world travel—where it actually matters if when travelling from ‘A’ to ‘B’ you end up at ‘C’ after a long detour through ‘I’m-pretty-sure-this-is-the-wrong-town’—I need to compensate. But here, where I could pass the same waterfall three times and still react with the same giddy awe that most people reserve for the first one or two times they see something wondrous, it wasn’t much of a problem. 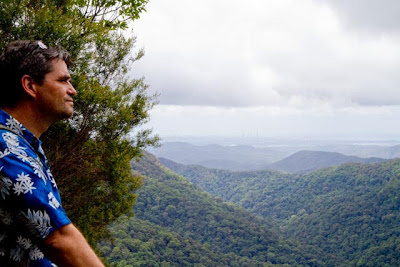 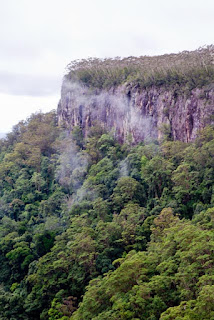 And so we wandered. Every so often Evan pointed out when I was going to head off on a trail I’d already traversed and when we got back in the car to head home he carefully turned on the GPS and aimed the screen more directly at himself. I simply relished the view.

What an amazing photo of Maia in your new header, lovely.

Looks like you had an awesome day, did you see the glow worms in the natural arch cave, up there?

Thanks, Michael--I love that photo and wanted to use it for something I'd see more often:) We dodn't get to the Natural Arch cave, Margaret--we were saving that to do when Maia was with us:)