The Virgin of Guadalupe 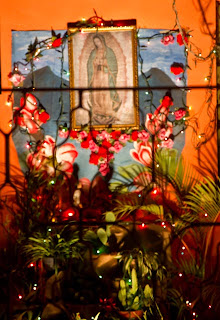 It’s fiesta time. I know, it’s always fiesta time, and every fiesta is the fiesta. But December 12, the Feast of Guadalupe, really is special to Mexicans.

If you were here, strolling through street markets or passing peoples homes you’d see mountains of goods all featuring the image of the Virgin of Guadalupe.With her blue green-robe and serene face her image is ubiquitous in Mexico.

Her story is mythical. On December 9, 1531 a peasant called Juan Diego was walking home across a hill in Tepeyac, near Mexico City, when he encountered a vision of a young woman. Speaking in the local dialect she asked that a church be built on the site. So Diego took her message to the bishop who asked for proof of the vision. Three days later, the peasant provided the proof when the image of the Virgin Mary appeared miraculously on his cloak. 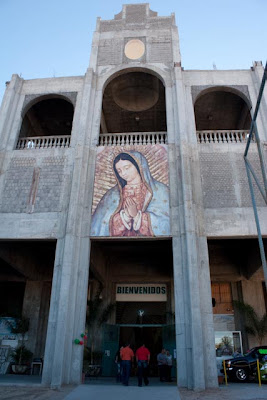 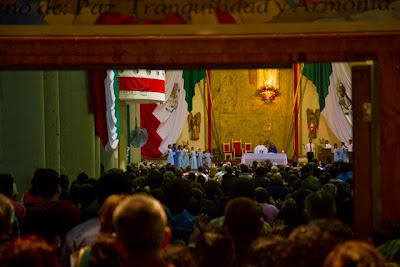 So they built the church and a whole bunch of miracles happened. But charming story aside, many will argue that more than any other uniting factor, the idea of Guadalupe is what gives Mexicans their national identity. Language certainly didn’t unite the place, as some 117 of them were spoken in 1531. Ethnic background didn’t provide any kind of glue, not when the people evolved from raping Spanish fathers, enslaved Indigenous mothers, and a bunch of random Austrians, French, Germans, Irish, Black, and Chinese. Not even religion, geography or shared histories were enough to bond the people—there’s simply too much diversity. 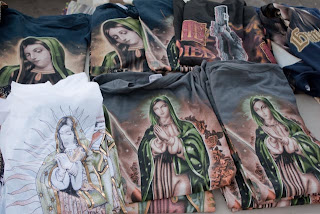 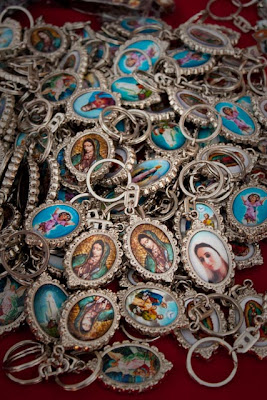 But the Virgin of Guadalupe is said to be the common denominator. She combines early indigenous attributes and beliefs with the Catholic ones. The indigenous people who had been worn down by the Spaniards but not fully converted to Catholicism missed their own gods. And when the Virgin Mary of Guadalupe appeared, brown skinned, speaking a local language and cloaked in a hallo of light that could double as Maguey spines--they again had someone to worship—someone who was uniquely their own. 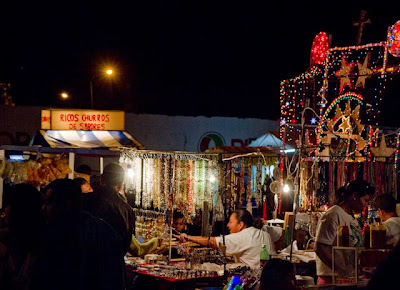 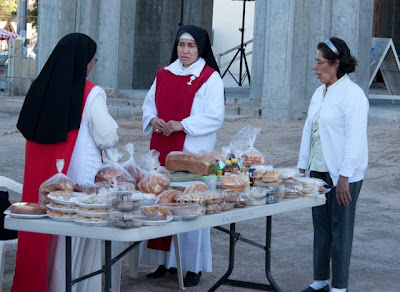 Her arrival is said to mark the birth of a new land and a new people: A country that is neither Spanish, nor indigenous, but both. Even her physical appearance reflects this new world, her face looks neither Spanish nor Indian, “Her lovely features are the pleasant mixture of both - she is a Mestizo, the first Mexican.” Writer Gloria Anzaldua writes, "She is like my race - a synthesis of the old world and the new, of the religion and culture of the two races in our psyche, the conquerors and the conquered."
And she’s another good reason to throw a party, play loud music, send off the odd firework... Her celebration is also the unooficial start to the Christmas season--from now through January 6th the country is pretty much on holiday.