On the Third Day of Christmas 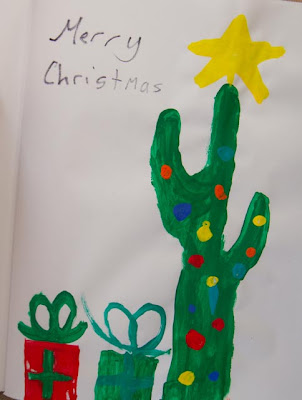 Or maybe the 4th, you play jokes.
In Mexico the Christmas season doesn’t wind down after the big all-you-can-eat turkey blow-out on the 25th. It keeps going. In fact, Christmas is just The First Day of Christmas. Or maybe Boxing Day is the first, it depends on who you ask…
But whichever day counts as the first day of Christmas, the fact remains there are still twelve more to follow. In Mexico, Boxing Day, or the Feast of St Stephen, appears to be celebrated by taking your new bicycle, skate board, roller blades or roller skates to the malecon and using them for the first time, dangerously (how I wish I brought my camera…). This is followed by a big seafood feast and loads of Mariachi music.
Yesterday, the 2nd (or 3rd) day of Christmas, seems to be a day of rest. But today the party is back on. December 28th is the Feast of the Holy Innocents. It’s pretty much the equivalent of April Fools Day, which means Maia was all over the concept and spent much of yesterday contemplating plans to dupe a few inocente palomitas.
The day itself commemorates the death of the baby boys who were slain by King Herod in an attempt to assassinate Christ—which isn’t terribly jolly. But somewhere along the way it became a day of pranks in Spanish speaking countries.
Maia decided that Evan would be the victim of her prank. She let him in on her plan to do ‘something’ just to give him cause to worry. Then I gave her a bunch of jobs to do—tasks like washing and putting away dishes, cooking breakfast and sweeping the floor—where she could potentially play a joke on Evan.
Evan spent the morning on edge waiting for the trick. He was concerned about every glass of juice Maia offered him, every dish she washed and was suspicious of the yummy breakfast she made. Eventually she did get him (going with the old shaving cream in his shoes standby), but in truth it was me who was laughing. My inocente palomita happily did chores all morning in an effort to fake out her father, while not realizing that as she did them that she was the victim of MY joke.

Nice one! I wonder if one day she'll think about it, and get it!

I love the idea of continuing to celebrate Christmas for awhile too.

Hi Charlotte, she caught the joke as soon as I gave her my blog post to read. She thought I was a bit mean for tricking her into doing the chores:)