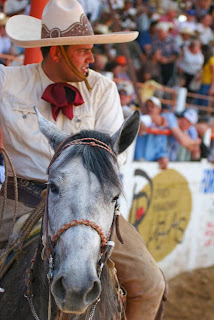 We have a routine now. We wake sometime before 8:30 am and turn on the radio and wait for the net. In any cruising community, the radio net is the connecting force—it’s a combination coffee klatch/ newspaper/ neighbourhood gossip. It’s where we learn who has arrived, who’s leaving, what’s up with the weather, what services are available and what there is to do.

It’s where we learned that just a bus ride away from La Cruz the National Charreada championships were taking place. What we didn’t learn was what Charreada is, exactly. 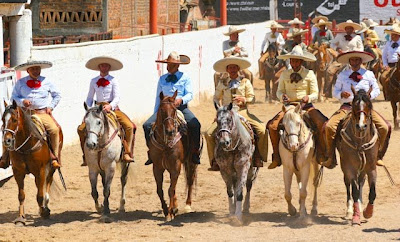 The Miguel "Prieto" Ibarría rodeo ground was dusty and dilapidated but freshly painted and filled with excitement when we arrived. Unlike most of the activities we’ve done, where we see more sun burned gringo faces than locals, the championships were a local’s event. The clearest indication that we weren’t at a tourist show were the market stalls—there were none of the trinkets we had become so familiar with (and no one offering to braid Maia’s hair). Instead, there were cowboy boots and cowboy hats, and multi-thousand-dollar leather and silver saddles—none of which made sense for a boat. 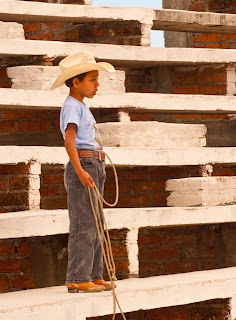 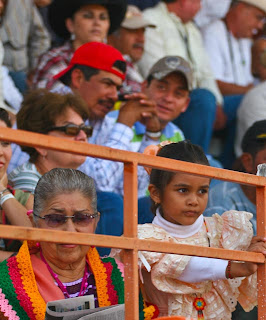 We found seats in the shade section of the stadium and began watching. The Charro’s were dressed in traditional attire, their horses impeccably groomed. We watched awed as one Charro did fancy tricks riding in and out of his reata, or lasso loop. Then Maia burst into tears when the same loop ended up around a little horse—and she went down, hard. 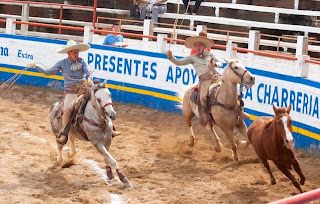 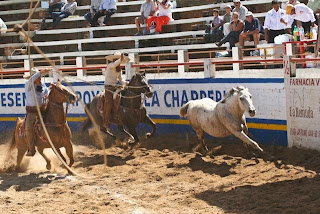 Manganas a Pie- the wild mare is chased around the ring and roped by three mounted charros
The Charreada has a long history in Mexico. During the early 19th century the vaqueros (cowboys) were sent from the ranchos into common lands to round up the cattle and newborn calves. They gathered the stock and separated the herds for branding calves and yearlings. Being Mexico, the event soon became a party and on the appointed day, the vaqueros would dress in their best and show off their skills. The fiesta that followed could last as long as two weeks. 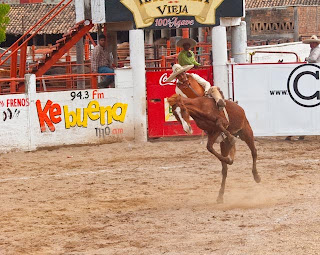 Jineteo de Yegua--Bareback on a wild mare
Eventually rodeo grounds were built up in the busiest common lands, and though cattle ranching changed, the Charreada became an essential part of Mexican culture. 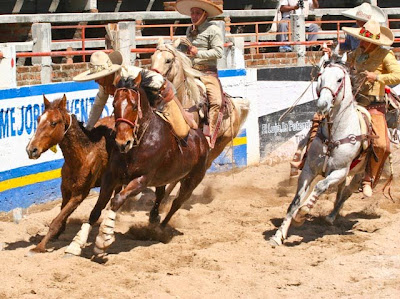 El Paso de la Muerte (The pass of death) a charro leaps from his own horse to the bare back of a wild horse
We didn’t know this when the nicely dressed men roped the little horse and made her fall down. We still didn’t know it as they set her free just to rope her again, making Maia cry harder. As the next event followed, and three new Charos chased another little mare around and around, the heavy sobs of my traumatized child made me think we should stick with gringo events. 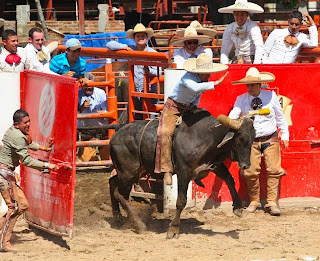 Fortunately the bull riding followed and Maia cheered for the bull, especially when he managed to get his own back and sent a charro flying. 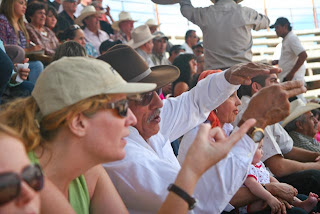 We find Mexicans are eager to help us understand their culture and within a few minutes Maia was given a chocolate bar to cheer her and we had our own rodeo family walking us through what was happening. There are nine scored events we were told. Some of them are similar to Canadian rodeo events (whenever we were asked where we were from, people would respond with a gleeful “The Calgary Stampede!”) but several events had been banned in the US (including the one that made Maia cry…) And the charros are no longer ranch hands but city guys, who take up the sport (where the horses are worth up to 60k) as a hobby. 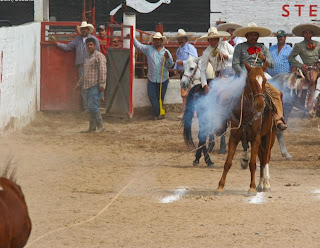 Piales en Lienzo--a wild mare runs through the loop of a lasso and is caught by the back legs - that is smoke you see, the friction of rope on saddle causes it
This doesn’t mean the Charreada isn’t as important as ever—and as the day went on the stands filled and the fiesta atmosphere grew. Maia never did give up cheering for the animals—more pleased when they escaped roping, than awed by fancy rope work.
But she did stop crying. 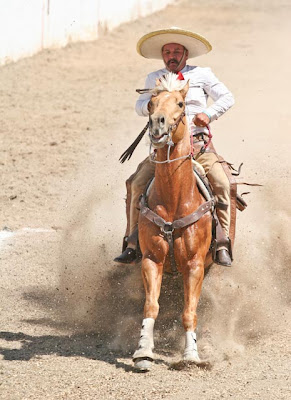 This sounds like an amazing event! We would love to go to events such as this!

Awesome! Ever since starting riding lessons and realizing he has some horse skills (ohso useful for a boat) Zach has been going through a cowboy stage. He would LOVE this! Don't stick with the gringo events. It's good that the animals have maia on their side!

Incredible! You got some great pics to match the experience.