Panama City: it's better than you think! 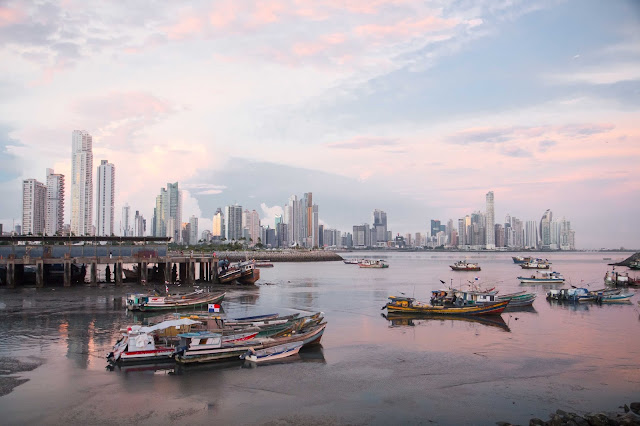 Until recently, Panama City often brought to mind the global shipping industry and the imprisoned cocaine-trafficking dictator Manuel Noriega. While for us it brought back memories of our 1996 stay in an unsafe city, just a few years post-US invasion. As well as the most terrifying taxi ride we’ve ever had to endure (no, we’re not paying you extra for getting hopelessly lost and taking us through a slum where the car was menaced by locals…)
But the oceanside capital has re-emerged with a glittering new skyline to rival Miami’s, Casco Viejo, the colonial-era quarter where centuries-old ruins are being transformed into boutique hotels, art galleries and cafés, and one of the liveliest waterfronts we’ve had the good fortune to explore. In short: Panama City is incredibly cool.

No one is more surprised by this than us.

When our line handlers, Russ and Diane, told us they had settled in Panama City after exploring a huge range of expat communities, I was pretty sure they should look around a bit more. But then we set off for our first day of exploring. 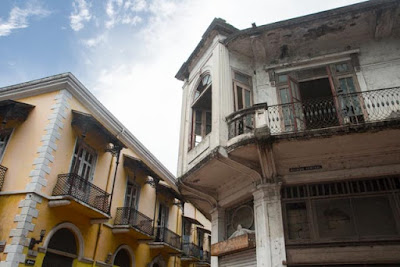 Casco Viejo turned out to be that traveller’s fantasy of a neighbourhood just on the cusp of becoming the next hip thing. It’s also a photographer’s dream of impeccably renovated colonial mansions tucked between ruined buildings that are still adorned in wrought iron and faded pastel paints. The streets are populated by shaved ice vendors, musicians, and kids playing soccer. It’s picturesque and delightful without being overtly touristy--yet. 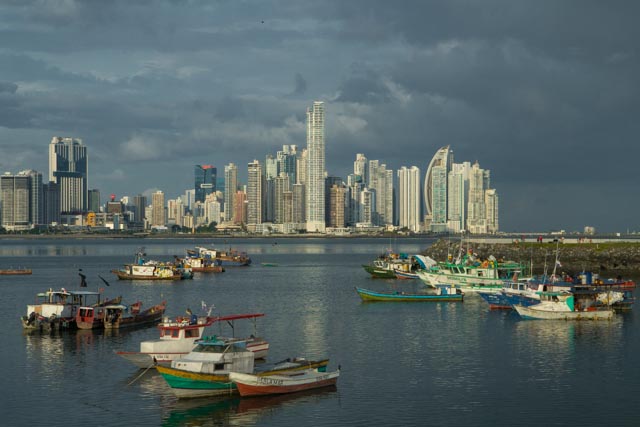 From the Old Quarter it’s a short walk to the seafood market. I loved the look of the traditional fishing boats with the glittering backdrop of a modern city and made a b-line there to photograph them—but it was the seafood restaurants that made us determined to return. A big serving of fresh (and oh, so yummy) ceviche and glass of sangria came to less than $5. The people watching was free.

Each outing has been a treat. We read mediocre reviews of the Smithsonian’s Punta Culebra nature center—but looked like the best place for us to see sloths (and the island is across the street from the ‘dinghy dock’ where we go ashore). Happily the center was well worth the $5 entry fee. We spotted three sloths and the young volunteers were eager to show us the marine exhibits. Even though we somehow missed the signature frog exhibit—spotting sloths in the wild was enough to make me happy.
Every Panamanian we’ve spoken to is thrilled with how their city has evolved—and rightly so. We should all live in places that become not only more beautiful but safer, cleaner and more welcoming. Our stay here was extended by the uncooperative weather and Ev’s uncooperative heart and we’re happily making the best of it. 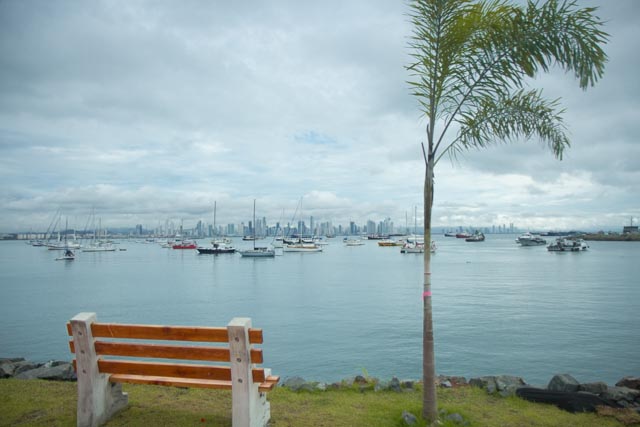 Glad you enjoyed Panama! We certainly don't regret moving here, and we look forward to assisting more yachts through the Canal. Safe sailing, from Russ and Diane!

Very good to hear about PC. Heading there and in May. Looking forward to exploring.

Useful article, thank you for sharing the article!!!