Parenting Dangerously aka The Kids are Alright 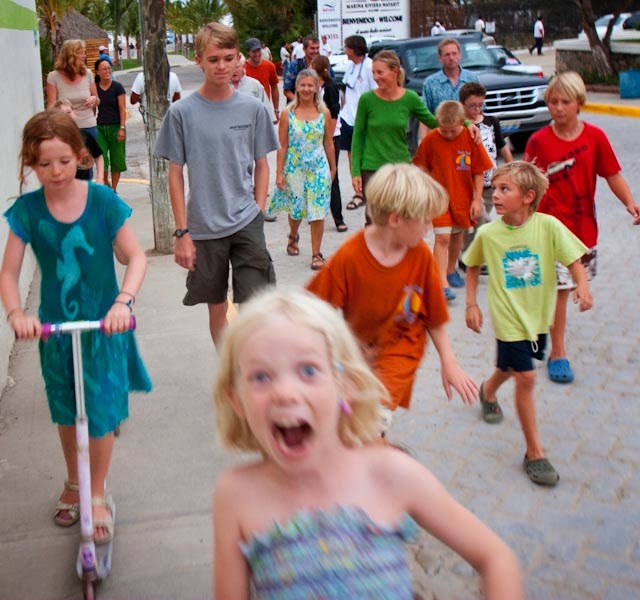 If you missed the news of our friends on Rebel Heart being rescued at sea and losing their boat (it’s kind of been everywhere in the news—but we do have friends who are pretty remote…) their misfortune created a firestorm.

Once it was clear the family was safe, the judgements and comments started. It’s odd having your life picked apart by the masses and I was asked to respond in a story for Slate. Slate isn’t known for having the kindest comments section and this morning as I read through them with Maia (hey, it’s her childhood people are arguing about…) we started noticing that in amongst the hundreds and hundreds of annoying comments there was also understanding, support and some really excellent questions.

The questions and concerns come in two forms. The first are about Charlotte and Eric specifically: Were they experienced enough? Were they prepared to parent under the conditions they found themselves in? Was this trip wrong for their family?

I can’t answer those. We opted to wait until Maia was older for a variety of our own reasons but we know many families who safely crossed oceans with less experience or with younger children.


The more general question: is cruising with kids okay? This is the one I answered whole heartedly and with a resounding, Yes. For us. And then people wanted know the nitty gritty:
Are we and other cruising families living on trust funds? Because how the heck do we afford to sail the world.

Not rich. Most of us are lucky. We’re lucky in that we had a dream and we had the type of jobs (or found the type) that let us work remotely, or in other countries. We also tend to be a really frugal lot, living on a fraction of what middle class Americans live on. In some cases families we know sold or rented out their homes. But most of us skipped buying homes and cars, took cheap (usually boat-oriented) vacations, got good at thrifting and used all the money we saved to buy a boat instead. Then we set a deadline and saved and saved and saved. When we arrived in Australia our bank account was down to fumes. It was huge risk and Evan was lucky to find a job. Our alternative would have been to sell the boat and head home. 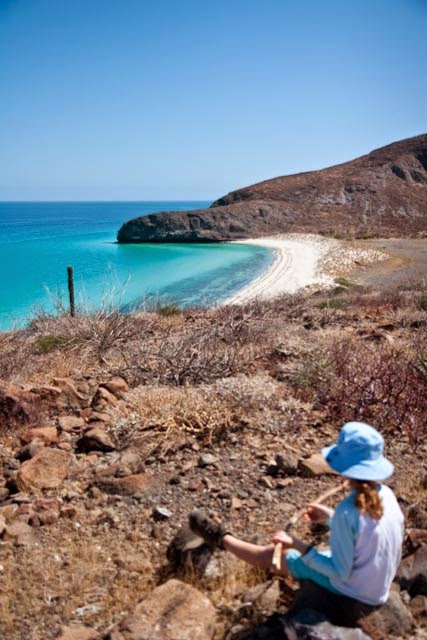 She’s had moments of loneliness and short stretches of travel when there weren’t that many other kids around. Our 19 day passage was just the three of us—but we all enjoyed the time together. For the most part we seek out other kid boats and have always had at least one and as many as 20 + other families around. We tend to travel slowly—mostly for this reason. This gives us the flexibility to spend month and months with other families and have been fortunate to encounter some of the same kids year after year. She also makes an effort to meet local people and has forged an ongoing friendship with one young woman from Fiji. 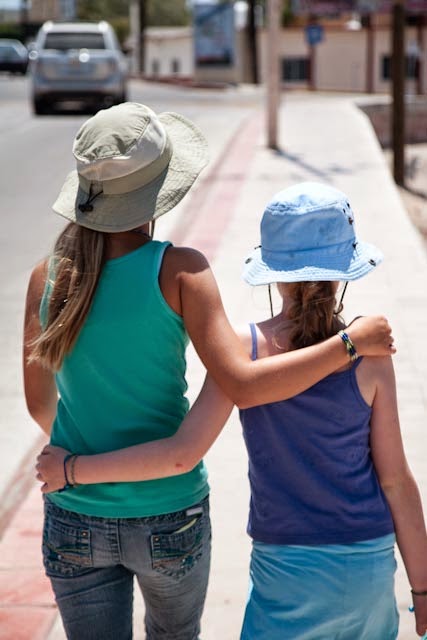 Is Maia weird? Because I met someone once who was dragged to sea by their parents and they are weird.

So far she seems pretty normal. But I asked her what she thought. She thinks she’s okay. Then we talked about all the boat kids she’s known, past and present. Some are weird. Mostly this applied to the boys when she was younger though. Some are the coolest people she knows. Some are sort of ordinary. She’s says what’s really interesting about them is how easygoing most of them are. They tend to be friendly, helpful, non-judgemental and strongly individual and independent. Some are super smart and excel at school, some are musical or artistic others are funny.

How do you educate her?

Right now she's in public school in Australia and seems to be holding her own with no trouble after 3 years of homeschooling. We use a really wide variety of resources to educate her though and do tend to hold her to a schedule.After breakfast has generally been the time for all of us to work--wrapping up at lunch to head out and explore. Depending on the heat and weather, we reverse that. 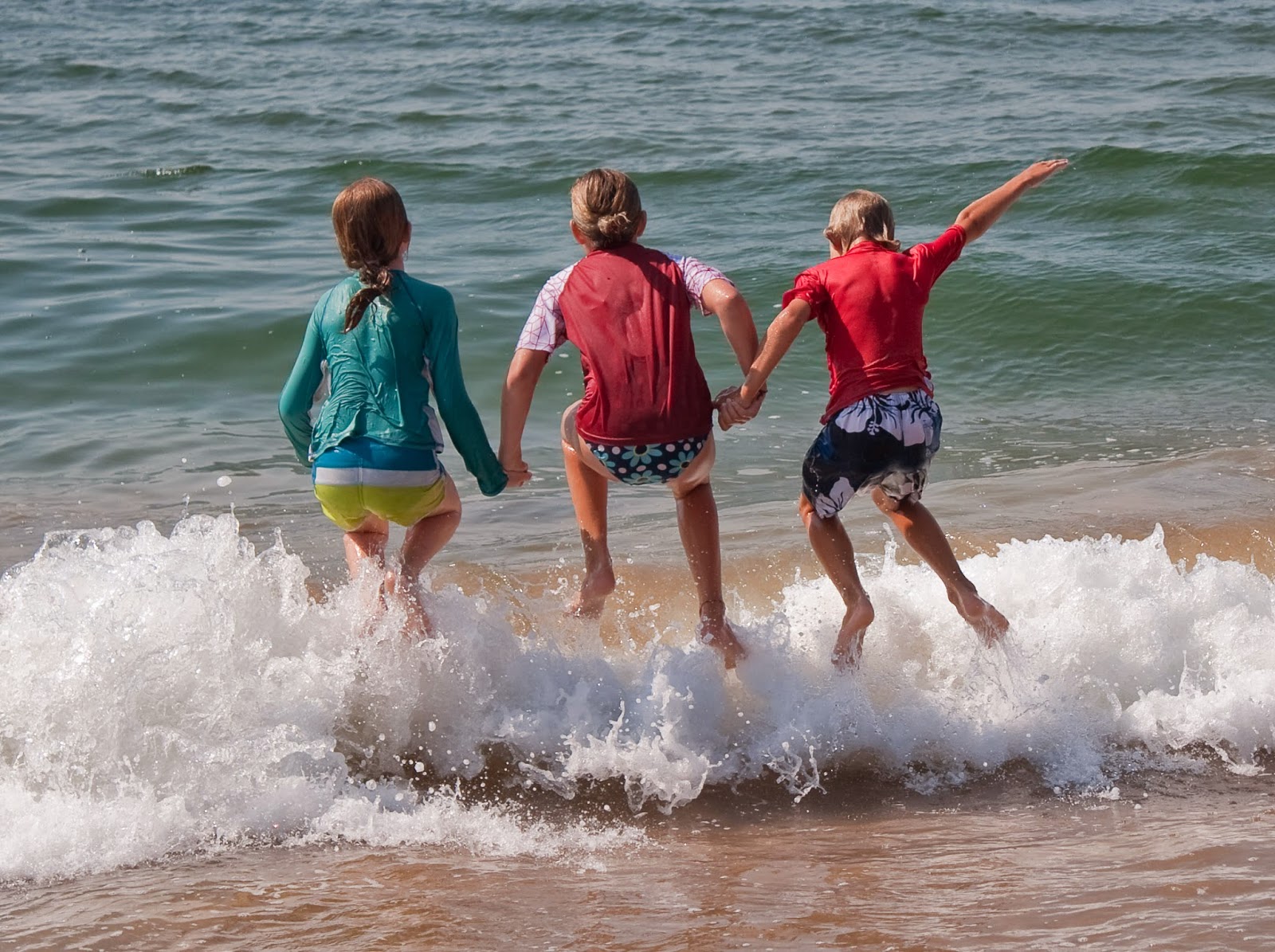 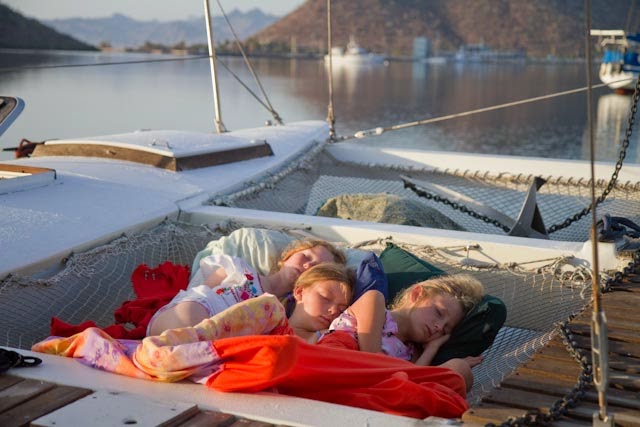 You are white and speak English. Are you all a bunch of rich white people going to look at poor brown people? And cruising is a creepy name.

Yes, we are white. If it helps you feel better about our little microcosm of the world we crossed with a Jewish family and sailed for a while with a Korean woman. We even know gay people. Sheesh. Offshore sailors do tend to come from a few core countries: Canada, the US, England, Australia, New Zealand, Germany, France and South Africa. Some of that list speaks English, some not so much. The fascinating thing has been to watch sailing diversify--I correspond with a Russian sailing group, and we've met cruising boats from Vanuatu, Mexico, Japan, Jamaica, Portugal and many, many more. As more international sailors get out, and share their experience, the mix will become even more interesting.
As far as who we encounter when we cruise--it's sort of a geographic thing. The tropics tend to be home to people with darker skin. When we sailed up to Alaska we met First Nations people and fishermen. If we get to Norway I think we'll meet Norwegians.
Cruising does sound weird. I’ve never loved the term, too easy to misconstrue. We ran into trouble using ‘boat people’ when we arrived in Australia though. If you have a better phrase to describe us, bring it on…

What about sun damage, lack of pop culture and sharks?

We dip her in sunscreen. Seriously. And she has a huge hat collection. She’s had 2-3 mild sunburns since we left.
Maia is a huge Dr Who (the modern version even) and Sherlock fan and she’s going to her first concert in a few weeks: Lorde. So I while she doesn’t know what’s on TV in North America and isn’t up to date on the latest crazes, the good stuff tends to percolate to the top and she finds it.
She likes sharks. They are a sign of a healthy reef. The kind of sharks she sees are reef sharks which are pretty mellow and a few other exotics like tasselled wobbegongs. She knows enough about shark behaviour to judge if one is getting territorial—it’s a lot like interacting with an unfamiliar dog. 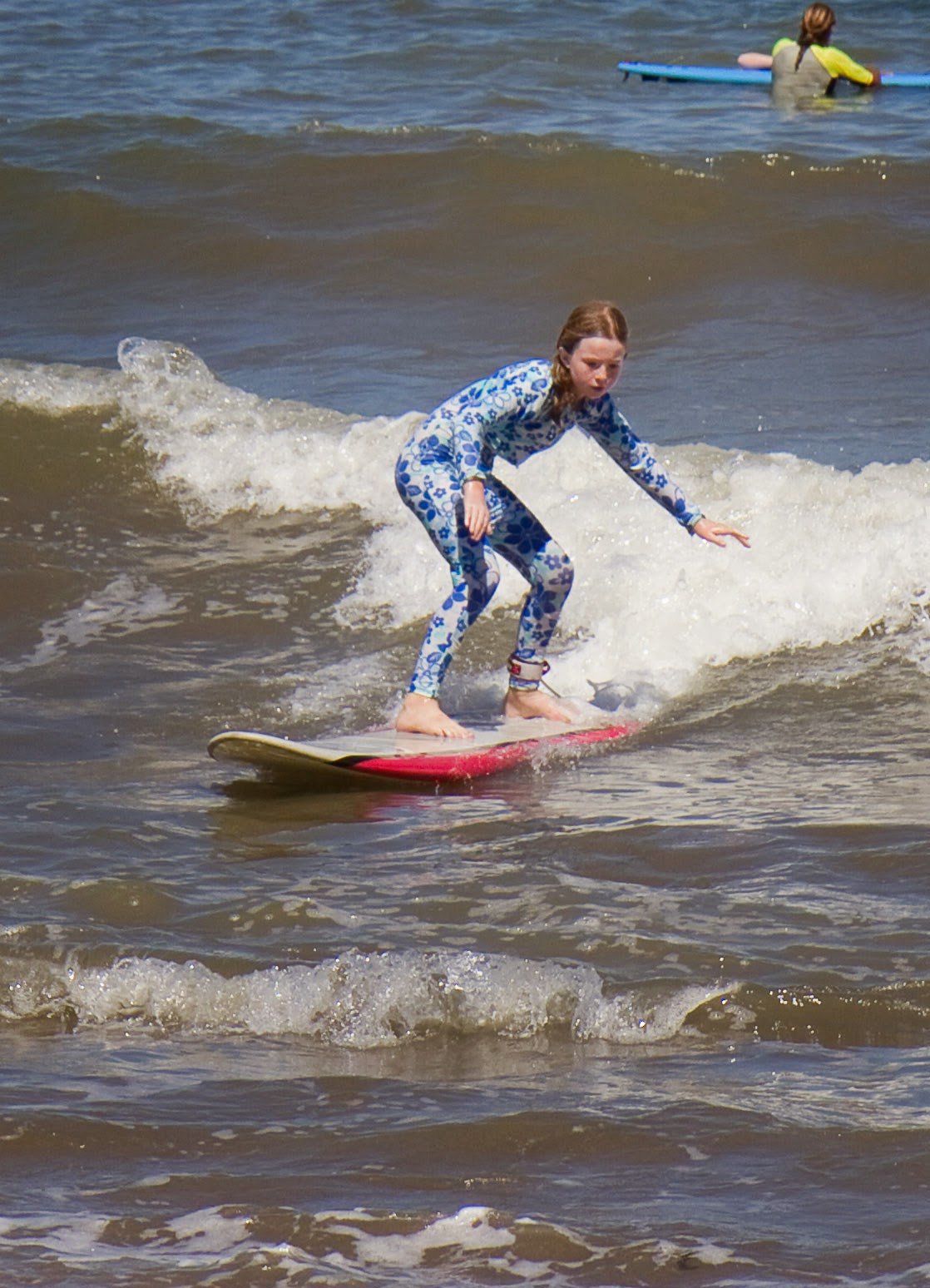 Why should tax payers pay to rescue you if you get into trouble?

Many people have written about the importance of a tax-funded rescue system. So I won’t. I don’t think subjecting an emergency to a means test is feasible unless there is clear rule breaking involved (I.E. heading into an out of bounds area) otherwise how do we do it? It’s hard to say if someone was 50% stupid, 25% unlucky and 25% ill-prepared or just 100% did the best they could in the situation they found themselves in.

Every cruiser knows if you call for help you’re likely going to lose your home and all your possessions. The rescue itself can also be hazardous as hell. This doesn’t even take into account the fact that outside of major developed countries there’s no one there to rescue you. This is why most of us work so hard to be safe and self-sufficient. It’s also why there is such a strong code of the sea. We look out for each other. Dangerous, incompetent sailors are a bigger risk to me and my family than they are to taxpayers. So as a community we share information, we offer assistance, we teach each other. And if something goes wrong we shut the heck up and help. Afterwards, we pick apart each and every accident, but not as a means to point fingers and lay blame. We do it to learn.

I live in Annapolis and, while not a boater (I know, crazy, right?) just about every else I know is. I've read alot of judgmental comments on the Rebel Heart blog and find it unfortunate that family put their children at risk but am glad they seem to be safe and sound now. Sounds like you and your husband made different choices. I do have a question that I don't think you addressed in your most recent post. How is your daughter home-schooled? Do you set aside time each day? Is it difficult for her to concentrate with all the distractions? Are you members of a home-schooling group of cruising families? When would you consider having Maia start her own blog? My land-lubber daughter would love to read it.

Bravo you guys! I spent my adult life working on yachts and I would absolutely cruise with my daughter - if I could find a corporate sponsor! I think it's an amazing gift you're giving your daughter. I'm a single parent, eking out a living writing, so we don't currently have much in the way of discretionary income. As a result, we don't collect stuff, we collect experiences. I believe experiences are what help children become compassionate and resilient adults.

Sailing Vessel "Calou" here,
Nice blog post Diana!
Kids who are homeschooled turn out OK!
Our older son Francois is the living proof. He's now finishing his 1st year at California Maritime Academy. His major is in Marine Transportation. He's on a training cruise right now underway to South Korea.
His brother Antoine has been homeschooled too. And most people we meet tell us he's a bright kid.
We must be doing something right!