How You Know What You Know 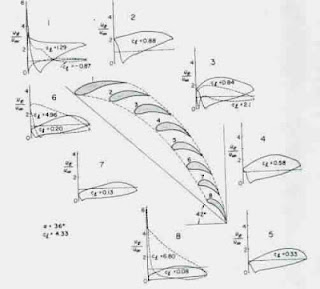 So I’m writing this book for new sailors. And as part of the research process I’m reading through every sailing manual I can get my hands on.  Wanna know something? Some of them are really boring. They are filled with all kinds of diagrams and figures explaining the science behind sailing but very few of them come close to articulating the feeling of sailing. If I only read the books, and never sailed, I would assume sailing is this complex, technical activity you need math degree for.

I first learned to sail a really long time ago—despite this I recall some of it like yesterday: Like when I was told to pull in the jib sheet, “hard!”, which I did with all my might, until I was raw handed, and had made it fantastically taut, and was suffused with pride over my skill at sail tightening, and then rather than getting the praise I was sure I deserved, I was told to let it back out again. I recall thinking sailing was a stupid, pointless activity that hurt my hands.


Frustrated I mentioned this to my instructor. He patiently went over points of sail and sail trim, again, then in response to my blank look he guided my hands until I ‘felt’ where the sail needed to be for the boat to get into the groove. “Boats,” he told me, “know when the sails are set right. Sailing theory is just a way of articulating that.”

Even today when I crank in sheets or adjust a fairlead—I recall that moment and rather than actually thinking about boomvang tension, or cunningham adjustments I sort of just tweak things until I feel the boat tell me its happy. On this boat that moment feels like an effortless surge, on our last boat it was more like a happy thrum, but every boat is a bit different

What I don’t recall learning, but know I internalized, is the actual technical stuff, like in moderate winds how far back from the luff the main’s draft should be—as a percentage.* But at some point I did learn all the numbers and I went on to teach them. And I remember classes where the students wanted me to give them formulas for things like exactly how many inches back they needed to move the jib fairlead to move the twist higher up the sail. One student even argued in favour of marks on the sheets that would let him know when the sails were correctly set for close-hauled, close reaching etc…

After a few lessons though first one, then the next student would get it: they’d realize that all those diagrams they were trying to memorize were just guidelines that give words to something that’s fundamentally a little magical. It didn’t mean they could become good sailors without the theory—it just meant eventually all that theory would be replaced with a deeper knowing.

So right now, as I’m writing those words of theory and illustrating those technical diagrams, what I’m really thinking about is what comes next for those someday readers of my book. Instead of imagining them trying to make sense of  words describing weather helm or the difference between true and apparent wind—I’m picturing that moment when they’ve put my book away on a back shelf because their hands have learned how to make the boat come alive and they just know how to sail. 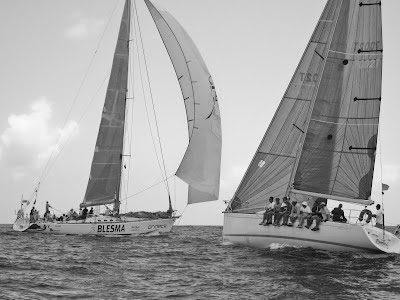 Can't wait to read it Diane!

Sailing is both science and art. The technical side deals with the discipline of how you set the sails right. The artistic side tackles the feeling of being on water and how close you are to nature. Maybe you can incorporate your personal experiences in your writing. In that way, the readers will know both sides and will be engaged with how you learned the art of sailing. Good luck with the book! I hope to read it soon!

I definitely agree with Mark. Sailing is a combination of discipline and arts. Sailors should know the technical aspects and methods about boats and sailing. This will help the sailor to maneuver the machine correctly. The artistic element of sailing is the intuition and feeling you get when you are on the sea. These two aspects are important in sailing, and I guess you are free to include the two facets in your book.