We left today. After stocking up with everything we thought we might need and finishing as many projects as we could before the heat makes them too difficult, we spent a final couple of days just enjoying the town and getting to know a few more people. Then we hauled up an anchor rode that was growing mussels, filled our fuel tanks and set out. 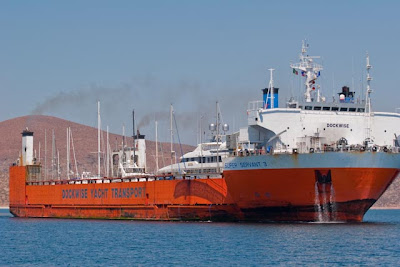 We’ve hit the point in the cruising season where those who are going elsewhere have gone, those who are heading home are on there way and those who are leaving their boats and heading to cooler climes are packing up. The heat is rising, hurricane season is beginning to seem more real, and our numbers are dwindling. 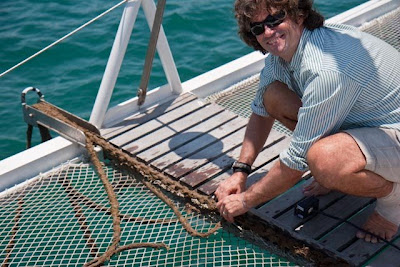 The goo on our anchor chain tells us it's time to go
The good part is we’re almost done with goodbyes for the summer. Pretty much from here on out, the boats we hang out with will be the ones who are summering up in .
I remember the last time we summered in the Sea as one of the most relaxing and magical periods in my adult life. So tonight as we watch the light change on the red desert rocks, and let the red wine seep in, it’s hard not to feel just a little excited.
The fact that a manta ray just came by to greet us only adds to the pleasure.