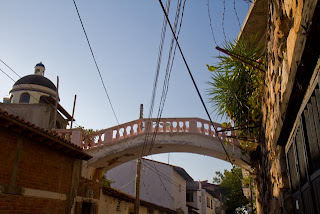 The cupid-pink bridge is still there: Plaster cracking, paint fading, stretching from a ruined building to an empty one. But if I squint against the sun I can imagine a 32-year-old Elizabeth Taylor running across it. Flitting from one opulent Hacienda to the next. Meeting her lover, Richard Burton.

46 years ago when the world descended on Puerto Vallarta, trying to catch a glimpse of the movie stars, this city was no more than a fishing village really. The central part of town—with its regally crowned cathedral, winding cobble walkways, and bougainvillea-draped stone walls--was probably much the same as now. But the endless strips of hotels, the cruise ship terminal, and all the tourists had yet to be imagined. 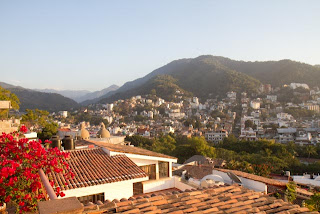 Mexico was still exotic: A place of unknown rhythms and sultry exploits. 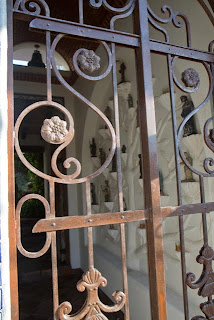 Evan and I meandered along the hilly streets Burton and Taylor made famous. Peeking through wrought iron gates, and greeting those we passed. As we explored I realized I wasn’t looking at Puerto Vallarta, but searching for echoes of Elizabeth in the misty views and in the noble decay of the old streets. 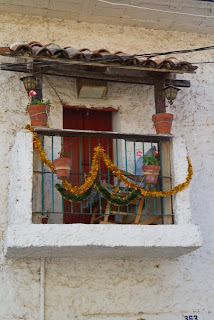 There is a conceit among some cruisers that there is a real Mexico and a tourist Mexico. That somehow, like Disneyland, there are parts of the country that are not authentic, PV being one. There are resort towns—places where the local villages were removed and walled resorts were erected. Places where our Mexican friends have said they feel out of place and unwelcome—and in those places I agree. But there is also an idea that Mexico, in its diversity and in its ability to evolve and adapt, is also authentically and wondrously a land modified by visitors. And to say that some places are not real is to miss the point. 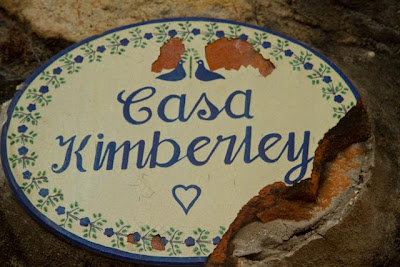 We rounded a block and I counted doorways as we walked from Elizabeth’s Casa Kimberley, to Casa Bursus where Burton lived with his third wife Susan, after giving it to her as a valentine’s gift.
Four doors.
It is amazing to think that two people and a movie can change the course of an entire town. Maybe Puerto Vallarta would have eventually come to be, even if the two lovers had never made history. But there are things--like the white sand beaches of Mismaloya, and the romance of the mariachis, and the regal beauty of haciendas, and casual fun of palapa bars that entered our northern culture that year, and for travellers they became the symbols of Mexico.
But perhaps these things are just tourist things. 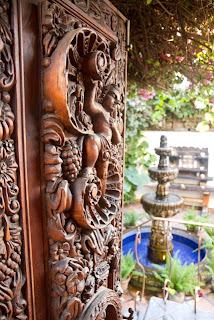 We knocked on the fourth door.
Casa Bursus is a sumptuously romantic inn called San Angel now—and it contains a restaurant I’ve been dreaming about. We crossed through the flower-filled courtyard and began climbing the tiled stairs—stealing a look over banisters at hidden rooms, imagining the Hollywood parties, and before those the fiestas of wealthy PV families who lived within these walls. 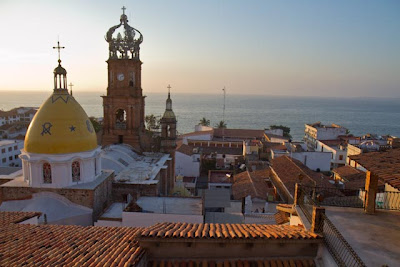 By the time we were seated, the cathedral below us was glowing with late-day light and the bay stretched out until it disappeared in a haze. The sun was just above the mountains and then dropped away as I held my breath. Around us the tables were filled with different accents: Spanish, French and every type of Canadian. Absent were the Americans—but they’ve been gone from the town for two years now and we’ve watched as the locals cling to the edges of employment and wait for them to return. 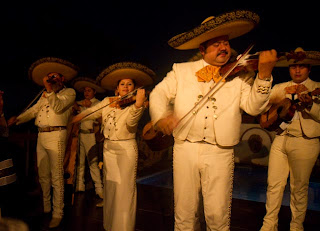 The 14-piece mariachi band came out as our desert did. As the music soared and the lyrics from ‘Ay Jalisco, no te rajes’ brought my tears, I thought again of Elizabeth. She sold Casa Kimberly after Richard died. Unable, it’s said, to return to her beloved Puerto Vallarta even though the lovers were long broken up.
And I thought of the empty tourist hotels, waiting for guests, and all the locals waiting to work. And I thought of how the story of Mexico, of real Mexico, is populated by visitors and locals alike, and how after a time the two have woven into one tapestry, and how both are needed.

What a pleasure to read.

The cathedral at sunset has to be one of my favorite views in Banderas Bay! It's iconic. You're making me miss PV...

Thanks for the nice comments! It's fun to just write indulgently sometimes:) Behan, I have to say the more I wander and exlpore this town the more I love it.

Hey I think this is the best travel story that I have read for today. You are actually one of the reasons why I love to read blogs. There is so much to learn and the perspective is just so amazing. Keep up the good work buddy.