I had a bit of a dream before we went cruising--it involved Maia meeting and playing with the local kids, learning Spanish as she went. Breaking down barriers of race, poverty, and culture, and becoming friends. The reality is local kids and cruising kids are pretty shy when it comes to crossing that friendship boundry. 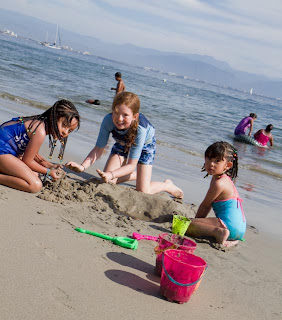 They rarely seem to pair up and play the way I'd hoped.
At least that's how it was. I'm not sure what happened. Maybe it is Maia's increasing comfort with Spanish, which while still basic is now enough for play. Maybe it was the weeks on our own in Guaymas where the friendly kids simply adopted her whenever we showed up at the malecon play area. Or maybe she's just more confident now...

But lately Maia has been happy to play with kids. Any kids. And they are happy to play with her. This is really a huge deal for such a simple thing--because while most parents hope for the connection, it just doesn't happen as often as we'd like. 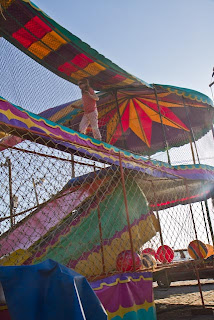 My favourite moment so far came yesterday. Maia was playing in one of the bounce houses at the festival in Bucerais. She noticed a little girl watching with awe and knew immediately that the girl's mother couldn't afford the 15 peso entry. 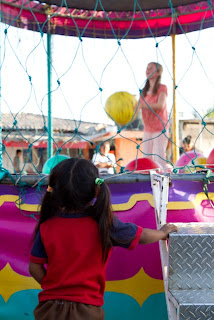 So she asked the girl's mother if she could give her the entry fee as a gift. The tiny girl found the bounce castle a bit strange--but she loved holding the hand of the big girl who befriended her. And the young mother kept whispering to her daughter, 'play with your friend, play with your friend.' 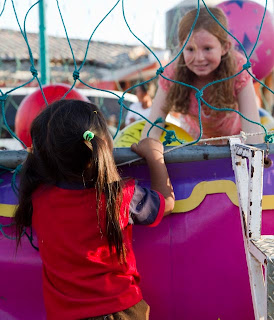 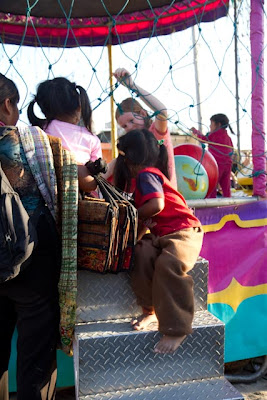 she matures before our eyes; what a great girl you are showing to the world and the world to.

Ok, I'm feeling sappy. This post made me get teary. I wish more people in the world knew what sharing means, like Maia. Its a small thing, but I bet that little girl will never forget this tiny random act of kindness.