Boaters navigate from place to place using charts. Lots of charts. The world is big.
Finding the right charts tends to take up a lot of time when you're travelling to a new destination all the time. Luckily Evan happened upon the deal of century - a private yacht was updating their charts and was selling all the charts for the world for $900. That's about a $40,000 savings. The only problem was the charts weren't sorted - the skipper explained that it would cost more in man hours to sort the charts then to drop another 40k for new ones. 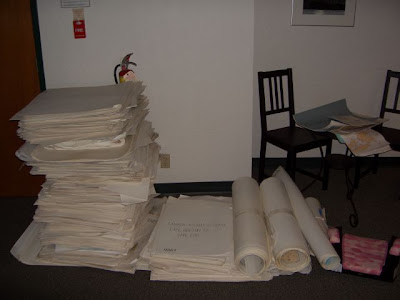 They just came in this huge pile. Pretty much enough paper to sink our boat. 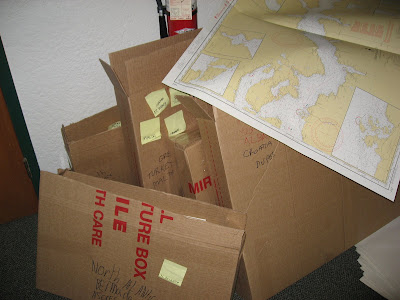 So for the past four months Evan has been sorting the charts by geographic region and then by country. Putting all those pieces of paper in order... He even discovered enough duplicates that we've since made money reselling sorted charts. 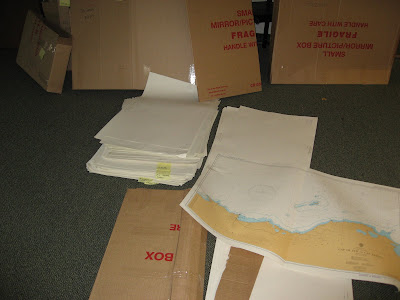 Then he boxed them up. Next up is to convince his parents to let us store everything east of Australia in their basement. THEN we need to figure out how the hell to get all those charts to us. Where ever we are.

But the good news is we have charts for the whole world...
Lots of charts.