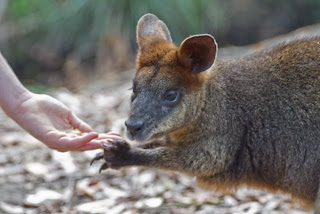 It starts before we even wake—Kookaburras singing to us in our slumbers. A surreal mix of laughter and gum trees superimposed on sailing dreams that were brought on by our hulls rocking in the morning ferry wake. Then the cockatoos start screeching and when our rig starts shaking, “let go of the wind instrument! you! freaking! bird!” we know that morning has broken. 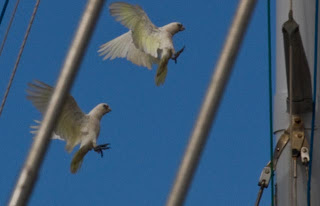 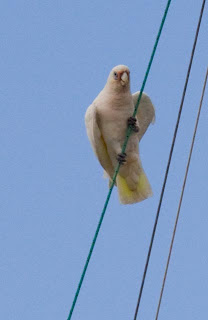 We live in the city: strung between pilings in the fast moving, murky current. Part of a floating community that’s not quite wild and not quite urban but dares not swim, or fall in, because of the sharks. 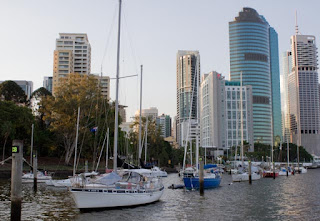 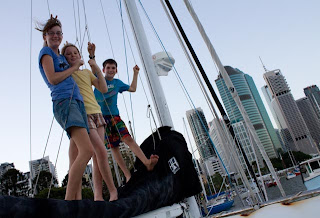 Well we’re on the edge of the city—a few hundred meters from high rises and pavement. Eleven miles upstream from the ocean. But even here we have new and fantastical creatures to amuse us. And not just the people. Though the Aussie people… That’s a future post.

The urban wildlife here is probably not unlike our wildlife at home. In Vancouver we had a family of racoons living in our porch overhang, coyotes roaming the neighbourhood, and during mating season sex-stupid skunks wandered willy-nilly until they found love or were flattened. And we had squirrels. It always made me laugh how often the tourists would photograph the squirrels. 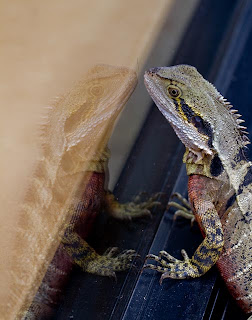 Here we are intrigued when the ibises try to steal lunch from us when we picnic in the park. And we were awed when the Water Dragons fight the ibises for a bite of whatever they managed to steal. And we’re captivated by the Brush Turkeys, and spiders. No, we’re scared of the spiders. 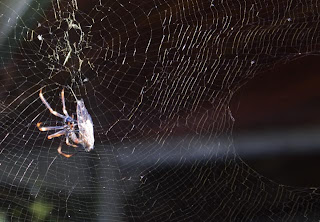 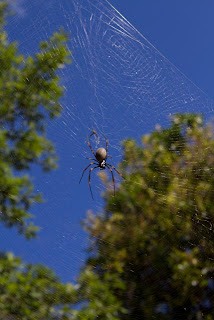 And as the sun sets the Flying Foxes fill the sky overhead. Improbable in their great size-and in their bat-ness. Improbable as they take roost in the trees beside the city. And when we walk—quietly on the paths that line both sides of the river and wind around the bends to the suburbs—the Brushtail Possums startle me with their cuteness. 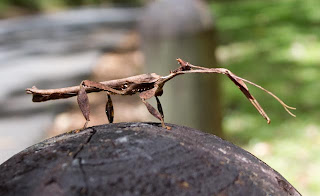