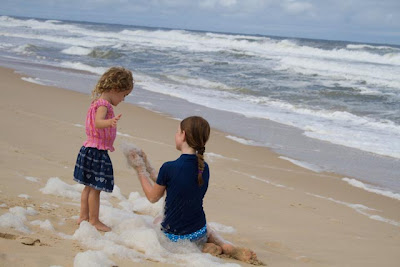 We were right there. I point out to sea for Maia—showing her where our boat sailed down the coast just six weeks ago. Do you remember what a nice spinnaker run that was…
Evan looked at me oddly—waxing nostalgically for a sail that was less than two months ago was odd—even for me. 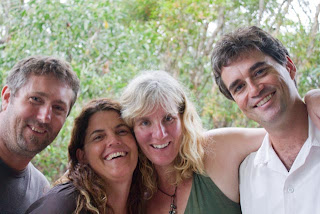 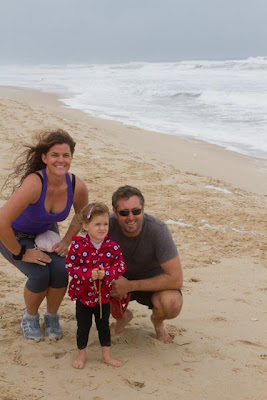 But we were walking on the beach with friends from a boat called Mangoe who we hadn’t seen in 15-years. The last time we saw them was… Well that was the thing. None of us could exactly recall the last time we were together. Maybe La Cruz, maybe Barra, maybe somewhere else. And as we reminisced over our escapades we realized we couldn’t really come up with any shared memories.

“We formed the under 30 cruising club—I remember that one night, it was on your boat,” Stephanie said. And we had. The handful of us that were under 30 on under 30’ boats formed a club—we had to stay up past midnight at least twice a month, couldn’t play dominos and I’m guessing we might have imbibed in alcohol—thus the fuzzy dream-like memories. 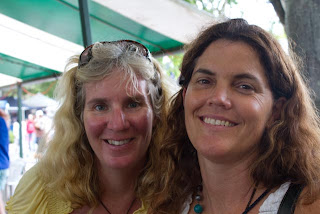 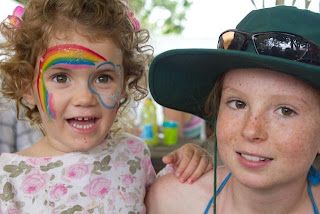 But they are good fuzzy. Stephanie, who is a vet, helped save our cat Travis’s life—twice. And Todd played the guitar—or maybe it was drums. And I remember beach bonfires, and potlucks, and bus trips, and dinners—or maybe I just recall looking at the photos of those activities in the years that followed.

And then they sailed to the South Pacific, and we went through the Canal. And letters were mailed that told about the first three of four babies born in New Zealand (theirs), and one born in Annapolis (ours) and gradually we lost touch.

Then two years ago we found each other again. And we discovered that all though we might not recall specifics we recalled the pleasure of knowing each other. 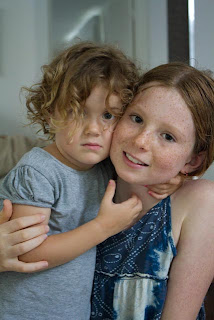 Mangoe has always been part of the story of our first cruise. And Ceilydh stayed such a nice part of their life that there is now a little Ceilyh in their family, who is three, and who Maia adores (the older three were at camp). 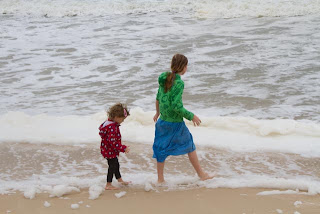 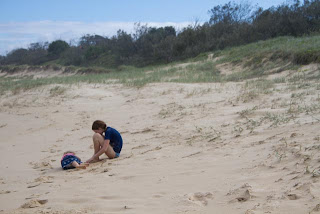 Those early adventures together may feel more like dreams than something real now, but as we sat on the beach (now part of the under 50 cruising club—thanks for that observation Todd!!) and watched the kids play I realized that maybe it’s okay when memories merge and then slip away. There is a knowing that comes from having shared something special: A sureness that is more tangible and has even more depth than a dreamy memory.

That is so cool that you ran into old cruising friends again. Gives me hope with the people we meet!