Not Quite California – Aka this coast hates us. 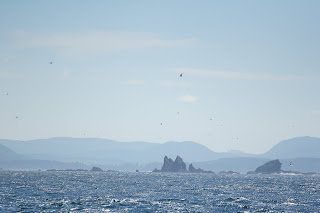 We’re not quite in California – despite the fact it was our goal. Our idea was to get passed the Washington/Oregon coast (also known as the graveyard of the Pacific…) as fast as possible, not because it isn’t lovely (at least from a landlubbers perspective) but because the last time we went down this coast it spanked us, hard.

Last time we followed convention and set off for San Francisco in a nice north westerly. Within a few hours the wind switched to southerly, the seas steepened and our tacking angle made it seem like we would be out at sea indefinitely. Finally, after 3 days of unrelenting wind, very little sleep and a whole lot of being tossed about (and a small leak which caused us to sink a bit) we headed for the coast – only to find the river bars were closing and we were about to be hit by another storm. After discussing our predicament with the Gray’s Harbour Coast Guard they escorted us in through a river bar that was sporting 15’ breaking seas into an isolated little harbour where we waited, shopped for flannel clothing and hoped for another weather window before the snow came.

It was almost enough to make us give up cruising.

It took us several months to rebuild our confidence after being bashed about on that trip. So this time we both wanted to avoid the whole miserable coast and just get to California.

This trip started out like the last one. A nice NW wind carried us out the strait and around the corner into long rolling swell. Then within a few hours the wind died. It came up every so often but rather than sailing, we were motoring to California and it didn’t take many calculations to determine we don’t carry enough fuel to motor to California… 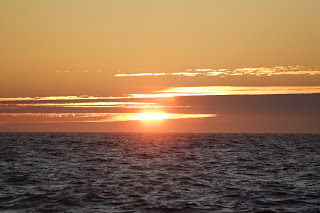 Despite the fact we weren’t sure how far we were going to make it, the motorboat ride was mostly nice. The swell was running an uncomfortable 10-12 feet from a westerly storm in the far off waters, but we saw perfect sunrises and sunsets as well as marine life including dolphins, sea lions, a shark and a humpback whale – which gave us a whale of a show. 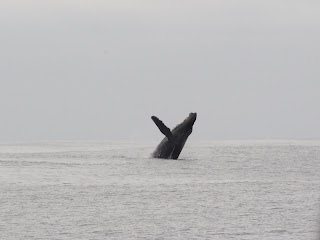 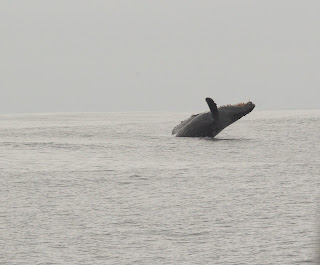 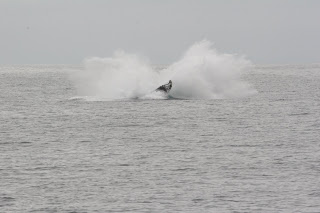 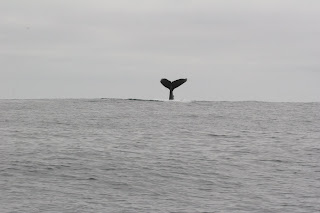 Every so often we’d get a bit of wind and manage a few hours of sailing. Slowly we crawled our way down the coast. On the third day it looked like we might actually make California.

Then, just off Cape Blanco the wind came up.
And up.
From the south east, which was exactly where we were headed.
And the seas grew.
And then something went dramatically wrong with our rig and our mast bent way over and began to oscillate in a way that a mast shouldn't move. Which for you non-nautical types is a bad thing.


Bad things always happen at 4am and always on the darkest nights, which tends to make them bad, bad things. But as the wind howled and the boat rocked, Evan wrestled down the sails and worked to stablilize our mast. I tried to reassure Maia who was awake inside and then tried to find a safe direction to steer.

The only thing we could do was head back to Oregon, which meant crossing a potentially dangerous river bar with a destabilized rig. As I spoke with the coast guard and outlined our plan, the situation brought back every single memory of the last time we did this.

And the realization that this coast is cursed for us.

So now we’re in Coos Bay, which is lovely and friendly. The mast is still wobbly and we’re working out theories of what happened (which we’ll cover in another post.)

We’re both surprisingly calm and confident though. I guess dealing with things and getting into harbour safely is a sign that lets us know we’re more than capable of handling what comes our way.

Glad you made it in ok. It's just a shake down. That's all. Better to fix the rig in Oregon than mid-Pacific nowhere, right? Go hug and tree and update us soon about the rig issues. We're thinking of you with love!

Did the rig make any noise as it waved back and forth? Glad you are all safe. How is Maia? Wanna try to hook up on the Ham? VE7HLS is wanting to geek out with you!

ye gods. you must be paid up now!!! of course you showed superhuman levels of competence in this predicament... just shows how supremely qualified you are to deal with anything. which you hopefully will now not have to do again!! hug

I love this blog so much - I just want to know how the story ends!

Glad you're all safe. Can't wait to see you next month.

The whale pictures, are, however, AWESOME. Wish I'd been there for that bit, at least.

Thanks all. It looks like we have things sorted out and understood. Our spectra lashings on the shrouds probably underwent construction stretch. It should be straightforward to retune the rig.

Welcome to Oregon you guys! Good to have you here, safe and sound! Good luck with the mast issue.