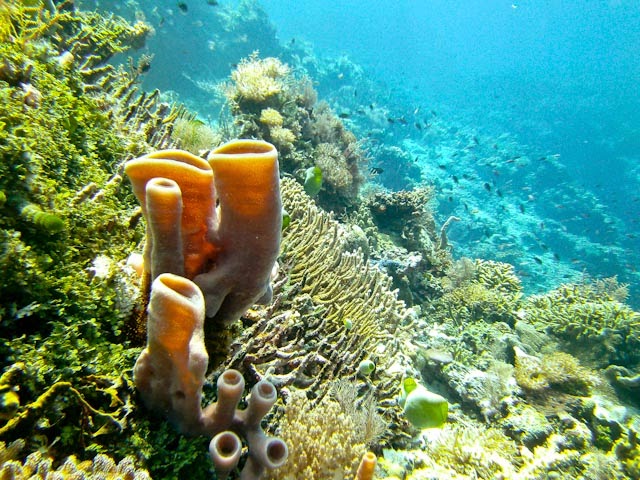 We spent the last few days in Alor. For the past 15 years or so Alor’s been billed as Indonesia’s up and coming dive destination – the next Raja Ampat. While the tourists haven’t quite made it to this remote section of Indonesia, the diving is definitively spectacular. The Cave Point wall dive off of Ternate had 100 ft+ visibility and more varieties of coral than we’ve ever seen. We also saw a great variety of fish—including lion fish and a few sharks tucked into the caves. Topsy Turvy off of Reta was just plain pretty—lots of colour, lots to explore.
The trick is to find places to anchor and to manage the strong irregular currents, known locally as “Ajar Gundah” (uncertain water). On our first night we anchored off Point Kumba, in coral rubble, at the edge of a drop off. During the night, when the current changed, we dragged off the shelf, across a bay and hooked back on in front of a village in the middle of a fishing fleet. After that we started to use our anchor alarm. 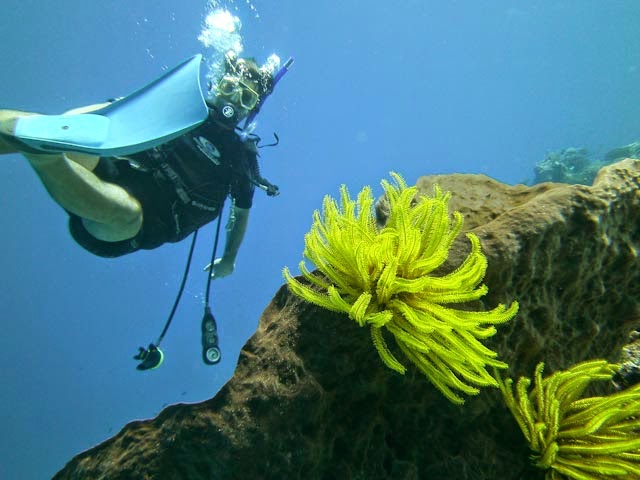 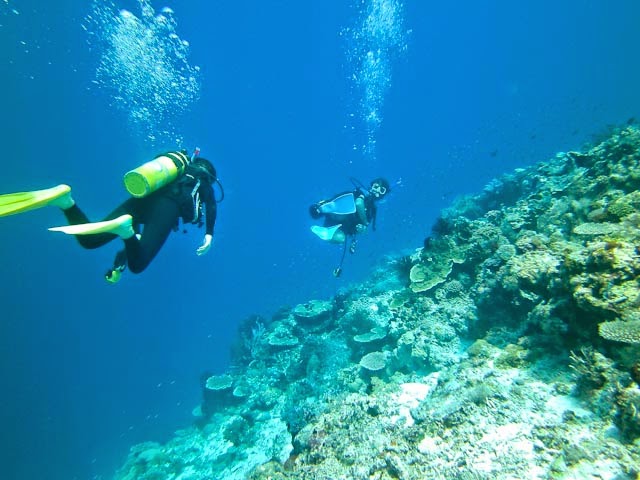 Even still the anchorages we found were in shallow reefs areas beside 200ft drop offs. Using a bow and stern anchor (which we buoyed to keep from damaging coral) the holding was still indifferent – the diving and snorkeling made it oh, so worth it though.

Making Alor even better was seeing Maia in the water. She’s always been a waterbaby, but now she’s evolved into a competent and confident diver. Watching her explore the nooks and crannies of the reef was a reminder why we’re here. I really don’t know what she’ll make of her childhood when she’s grown up but I have to believe that places like this will stick.

I think the underwater camera is a winner! Looks *amazing* - if you were ever bummed about missing Raja, I hope this cured it.

She has matured into a wonderfully aware and awake individual. I agree with you that these are the moments she will look back on with the fondest memories.