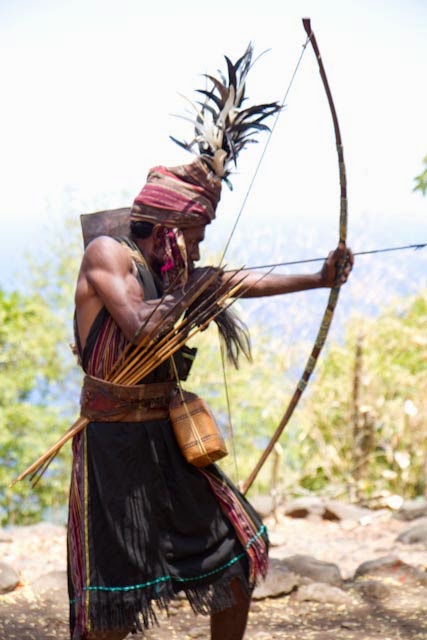 When we left Kupang we opted to sail off the beaten path—as much as there is a beaten path in Indonesia. A good percentage of the cruisers who travel through the country travel in one of the annual rallies and those who aren’t on a rally often follow the same routes. Sailing the world may sound very adventurous, but in some ways it’s really not that different than traveling around North America in an RV. Just like the journey of those land-based snowbirds, everyone on a boat follows the same seasons and tends to show up in the same harbours, hitting many of the same highlights.

Heading off the beaten path means picking a place that sounds interesting—then doing some research and discovering no one’s mentioned your destination in a cruising guide or blog. When you show up people tend to be surprised to see you and also not quite sure why you’re there.

Being off the path also means you lose access to years of accumulated cruiser knowledge. Something I hadn’t realized we were so reliant on until I looked up our current port of Kalabahi. I was intrigued by the shape of the islands (it looked like there would be lots of calm anchorages and coral reefs). But the only info we found was a brief entry in the Lonely Planet guide, which oddly enough doesn’t tell you where the best anchorage is or where to bring your dinghy ashore (we anchored in the cove past the port and brought our dinghy to a breakwater in the inner harbour where a security guard tied it up for us).

What we did discover was Kalabahi is the access point for a great dive area, and while we were keen to check out the diving I also found a mention of a nearby traditional village called Tapkala. These two things were enough—we decided that even if we couldn’t find online reassurance that Kalabahi was a good destination, we’d check it out ourselves.

Being the only white people in a remote Indonesian city is both overwhelming and charming—children ran after us practising their English while scooter drivers stared at us in such obvious shock we nearly caused accidents. The attention was almost enough to make us scurry home—but even on the boat we got frequent visitors.

Finding information about diving and the little village we wanted to see was more complicated than we expected. Not a tourist town, Kalabahi doesn’t have a handy tourist office to check in with. We thought stopping in at the hotel might be an option but as we were making a plan (maybe we’d just catch a bemo and say where we hoped to go and see what happened?) a car pulled up beside us and Elfis, (who didn’t speak English) and his friend Noby (who spoke even less) offered to help.

I wonder sometimes what we teach Maia when we climb into a strange car, with strangers who don’t speak English in a city we know nothing about. I hope she learns that we all have more in common than we think and the distance between us is less than you imagine. Also I hope it teachers her that most people are kind. But I also don’t really want HER climbing in strange cars with strangers anytime in her near future—so it’s a bit of a conundrum.

Somehow though everything about Elfis felt comfortable—from the stuffed animals on his dashboard, to the mellow (and very bad) Christian music on the stereo, to the extreme effort he made to hunt down someone who could tell us where Tapkala was.

I’m pretty sure that without Elfis we would never have found Tapkala. It turned out to be located across the island and way up a mountainside, even if we’d found the bus that was supposed to go that way it would have been a seriously hot hoof up the hill. Instead we were chauffeured like visiting celebrities. Seriously. Little children would wave and call out to us as we passed… 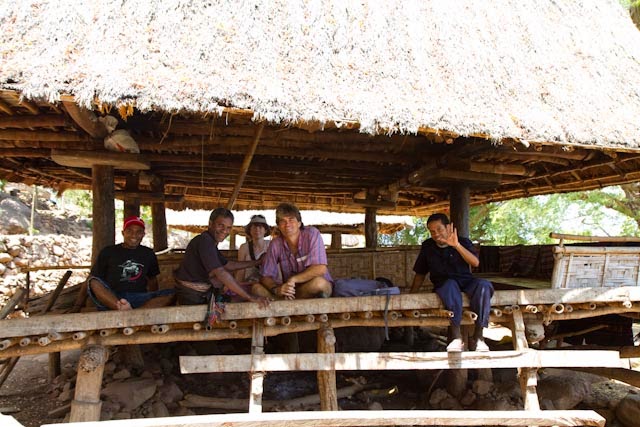 Tapkala is best shared in pictures. The village is a subsistence one but the tourists that find their way bring in much needed cash. Sadly the women bring out the same Chinese ‘handicrafts’ that we’ve seen everywhere from Mexico to Fiji. But the headman was eager to show us around the village and teach us about some of their traditions—he dressed up in his (rather terrifying) warrior clothes and then explained what each barb of his bow and arrow was designed to kill us. 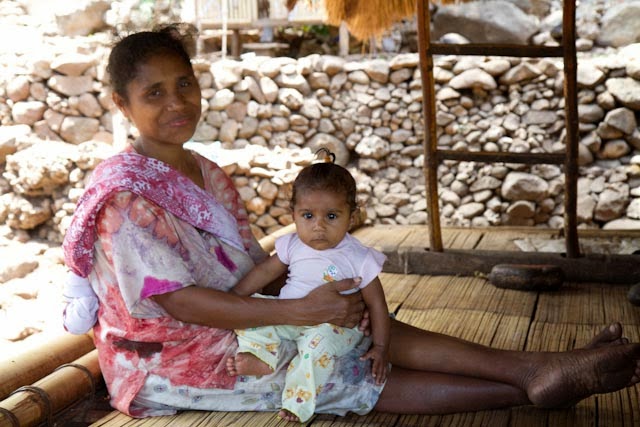 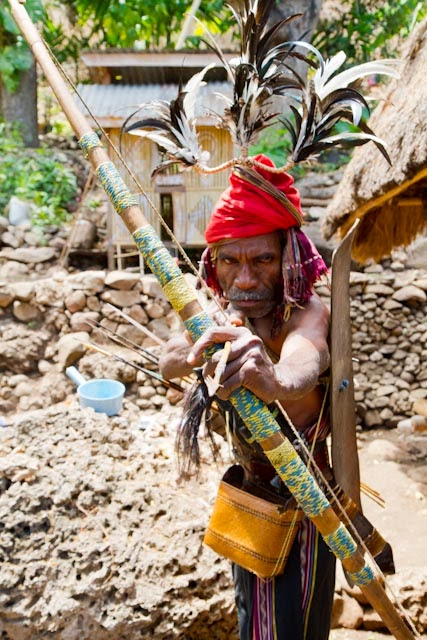 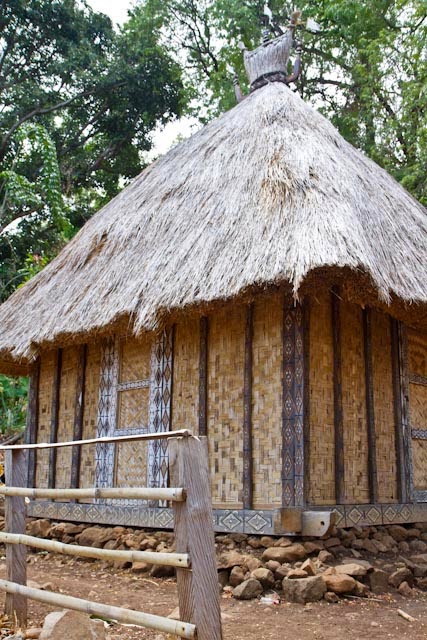 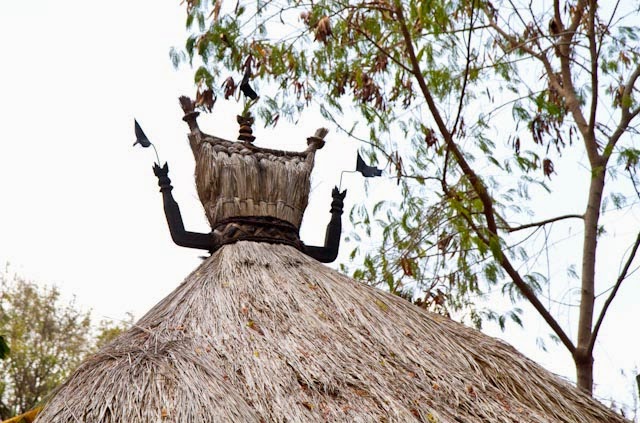 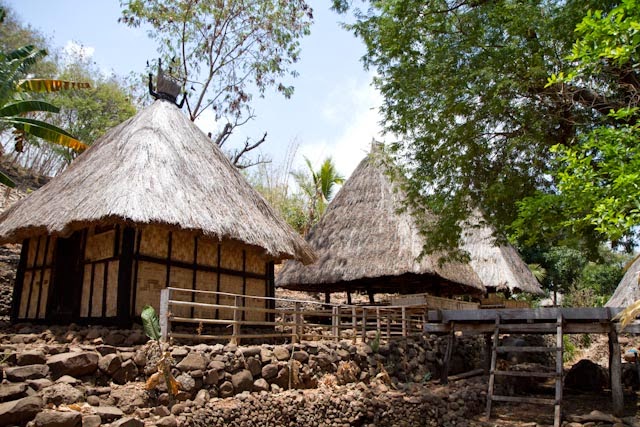 That is sooo cool! The picture with Evan is priceless, I know that pose. 'You want how much for those fish?'... And I can see why you guys were such a site, Evan and you are tall by WESTERN standards.