The distance chart at the top of Captain Cook's lookout on Lizard Island told us we were 1620 km, as the crow flies from Brisbane (and well over 11,000 from San Francisco) which seemed like a respectable distance. But then it noted we're still 1610 km from Darwin. That took a bit of the sublime out of the amazing view of the endless string of barrier reef that Cook had climbed up to look at.

The balance with cruising is to see enough of an area/ region/country/hemisphere without bumping into the seasons that guide your movement from one place to the next. We already know that we're one of only a handful of boats still headed to Darwin. And we only know of two others on their way to Indonesia (this year…) So far no one can actually tell us what happens if we're late. But EVERY single person we mention our plans to comments on our lateness. So it seems we'll be finding out.

Feeling the need to keep moving means we're picking and choosing our stops and staying only briefly when we do stop. Cooktown wasn't really a must but it was on the way to Lizard and broke up the trip nicely. And who's going to turn down the chance to pose with a large assortment of Cook monuments, their numbers rivalling both the number of pubs in the town and potentially the number of residents as well. 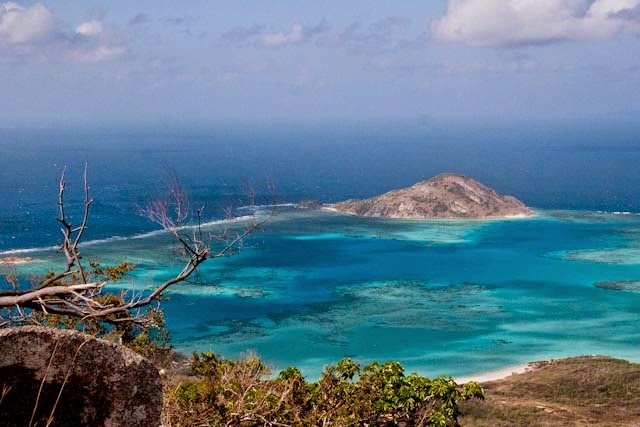 Lizard turned out to be both a fantastic and haunting spot. On of the features of the island is the ruins (now more ruined-but I'll come to that) of Mary Watson's cabin. The young woman, her baby and a Chinese worker escaped their home in a tub after Aboriginal people returned the island and drove them off. They survived a voyage in an iron tub to a nearby island where they died of thirst. She became a bit of a folk-hero, a symbol of Australian strength in adversity. 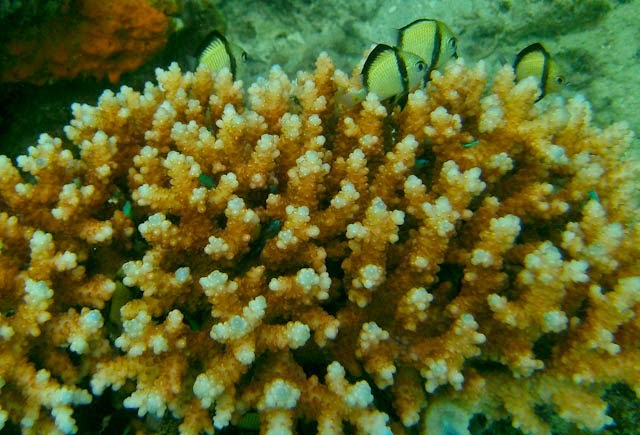 The photos we saw of the ruins included a good portion of a wall. What we saw were a heap of stones. It's not surprising; the same category 5 cyclone that sat over the island for 11 hours in April-uprooting many of the trees, closing the famed resort and damaging the vital research station-did the damage.

The cyclone's surge also tore through the pristine coral-much of it containing vital research projects. House sized boulders were toppled and entire reef were wiped clean of all life.

But the research center is up and running. The resort is being rebuilt. And the park is taking the opportunity to encourage native plant growth on the island. Despite the coral loss the reef still sports heaps of life; big diverse fish, six varieties of giant clams, turtles, rays and sharks. And the research centre is waiting eagerly for this year's coral spawn.

Now we're tucked behind Cape Melville. Last night, as we rounded the piles of huge boulders that make this part of Australia look like an unfinished construction site, the winds hit 35 knots and we scurried for cover. Then we read that the winds howl like that frequently and boats get trapped here for days on end. So this morning's calm has an eerie feel to it.

Technically we should be heading off and making more miles. But 15 miles from here, on a remote island there's Aboriginal rock art of some importance. Personally, I can't resist visiting it. So we'll arrive in Darwin one (more) day later than planned.

This is coming via SSB--so I'll add in photos when we see the next bit of internet.

Glad you stopped off at Lizard, I imagine it was strange to see so much damage. My friend's daughter worked on Lizard resort for nearly a year and loved it,I will tell her progress is being made on all areas.
Hope the wind and the weather are in your favour as you try to make up time, and still enjoy the travel.