Close Only Counts in Crocodiles and Hand Grenades... 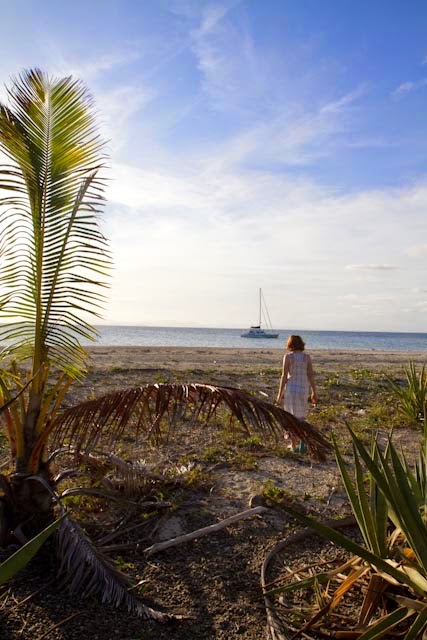 Aka-Evan was right.
This post should actually be about the aboriginal cave paintings we visited on Stanley Island-but that one needs photos, so I'll keep it back. Actually this one could also use a photo or two. But you'll get it in words instead, until we hit a mobile signal.

Currently we're anchored off of Morris Island. You won't find it on a map. It's located offshore, where Australia has sharpened into the Cape York Peninsula and is a little bit of sand, with three palm trees, a fringing reef and the old grave of a pearler. It also has thousands and thousands of Torres Strait Pidgeons nesting on its tiny surface. And when we came into anchor, Evan insisted he saw something long, dark and strange in the water. But it didn't concern me, I wanted to go ashore to see the birds and visit the grave. I like lonesome graves.

In my defence, Ev has been a bit hyper vigilant about crocodiles, and a turtle did surface near where he was pointing out his long strange shape just few moments later. But when Maia and I headed to shore (Evan opted out. Hmmm…) and I saw a strange dark form chase after some leaping fish, I passed it off to a weird wave/turtle/big dark fish. But I did contemplate what self-defence weapons we had in the dinghy (anchor & oars). 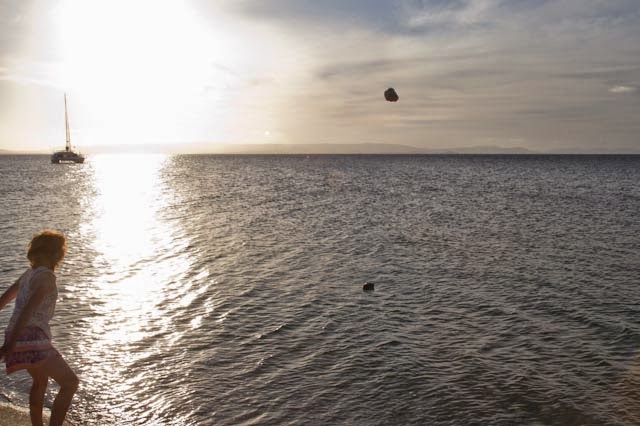 Shore was as cool as you'd expect of a tiny island that you could walk around in under 20 minutes. We visited the grave, soberly commenting on how nicely the shells and old bottles marked the surface. Maia threw pumice boulders into the sea. We watched the birds. And then we found a fresh basking print from a crocodile. Branded into the sand at the water's edge, it must have been made just shortly before we came across it. So after taking a few photos (I know… But I was trying to convince myself it was a dinghy print. But Maia pointed out that dinghies don't leave scale and face marks in the sand. Or big claw prints. Or have tails.) we beat a retreat. 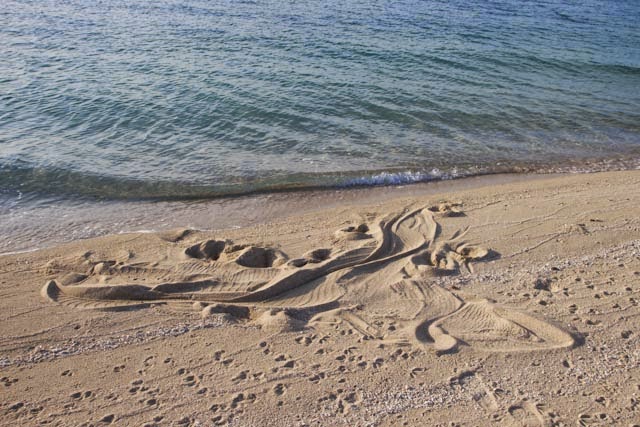 The plan was to walk as high on the beach as we could and dive behind one of the palm trees if Salty showed up. As we walked (briskly) I reminded myself that while salt water crocs grow to > 5 meters and eat anything and everything up to Asian Elephants (yup, looked that one up...) most crocs found in the Barrier Reef's islands and reefs are juveniles < 3 meters who left the mainland to look for habitat. And, indeed, the 'dinghy print' (if a dinghy had a scaly head, tail and big feet...) looked like it would only suit a fairly small cruising boat. Happily we made it back to the dinghy and the boat. Charlie will be locked in tonight. I still want to see my croc in the flesh though. Sort of.