Rudders Belong IN the Water 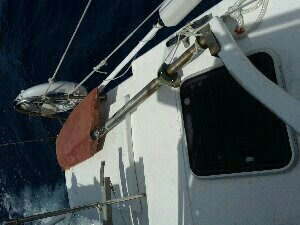