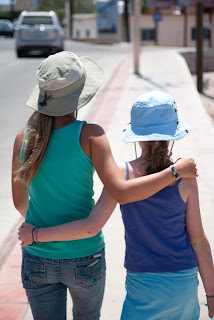 Way back in the beginning, when our new-to-cruising kid asked Santa for a friend for Christmas, I wondered if cruising would ever be right for us. But not long after Maia made her lonely little request, a boat we recognized pulled into harbour. We had hopscotched down the US west coast with a boat called Orca. We were always a little out of sync, but usually one of us would delay a departure by a day or so, so our cruising kids (two only girls with more in common than we could have imagined given a 3-year age gap) could get their fill of little-girl chatter. This went on for months; starting in Neah Bay, then on to Coos Bay, Eureka and Morro Bay.

A few months into the trip, injury waylaid Orca and we lost touch. But then Maia’s Christmas dream was answered—Maia and Sirena, who were each other’s first (and, at that point, only) cruising friend, had a chance to catch-up in Newport Beach. 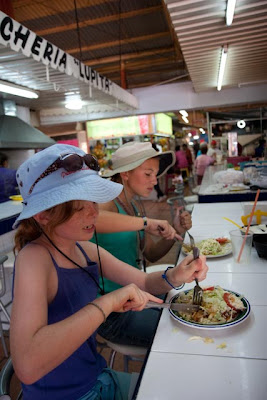 By the time we reached La Cruz, Mexico Maia’s social life was filled to overflowing, and those first lonely months were a memory. We still ran into Sirena and family, and the meetings were as sweet as ever, but the fear; that Maia would be lonely forever and cruising would never work, was gone.

“Will I make friends?” Is the question every cruising kid asks before they cruise or shortly after they begin. In most places (the ones where big packs of cruisers gather for months on end, or where groups of cruisers migrate with the seasons) the answer is ‘yes’. And most families tend to modify cruising plans a bit to go where the kids are. 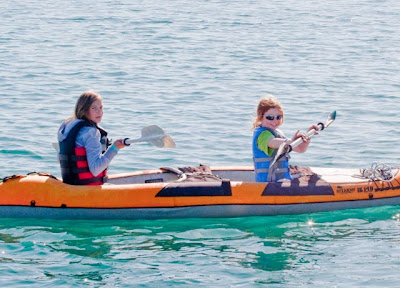 But as the years have passed (has it really been almost 4 years?!) Maia’s question has shifted a bit. She now knows she’ll make friends, but now she wants to keep them too. She wants a group of buddiess she knows are hers and who know her, not just for a season but for years on end.

It had been a few years since Maia and Sirena last played together. But when the fates brought them together this weekend the years apart disappeared. Their conversation lasted for hours, went late into the night and continued on the next day. Plans were made for the next meeting, and the one after that. It’s not the same as being neighbours year in and year out. But I guess when you live a nomadic life, and half your friends are nomadic too, you accept the gifts of friendship the way they come.

Email ThisBlogThis!Share to TwitterShare to FacebookShare to Pinterest
Labels: children, friends, Life aboard