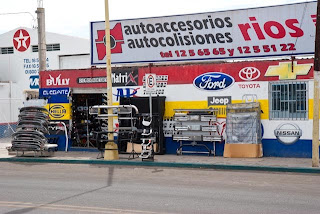 I was sitting in the dentist's waiting room, reading the local Gringo Gazette, when a headline caught my eye: “Post Office to Assign Street Addresses.”

Many buildings in La Paz don’t have numerical addresses. And the ones that do--well, they picked them themselves. This means you can be walking up the street and (true story) in the same block pass a house with no number, then two houses that both have the number #16, then a store with #802 and another with #1115, while across the street you might see a #10 and a #304B. When I asked about the variation, I was told (in a tone that made it obvious that the answer was obvious…) that people simply chose the number they liked for their address. 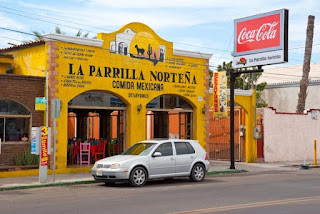 Shops and stores will have just about any detail you need noted on the exterior--just not an address
You don’t need street addresses when mailing things to La Paz, or when finding places in La Paz. Real addresses look like this: Altamirano e/ Bravo y Ocampo, which means the business or home in question (or, in this case, my dentist) is found on Altamirano--somewhere between Bravo and Ocampo Streets but not as far up as Ruiz. This is great, and a perfectly straightforward way to give an address, unless the street is particularly crowded, or the building has a bunch of floors, or (and this is key) if it’s in a place where 80% of intersections don’t have street signs…

Luckily I’m familiar with Ocampo Street. So I began walking up it in search of Altamirano. After several blocks I found one street sign, which was broken across the middle. And because street names are actually things like “Ignacio Altamirano” and “Prof Marcelo Rubio Ruiz” in full, a break in the middle turned out to be a pretty big issue. 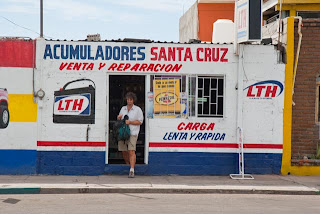 Finding places tends to be a trial and error thing--typically we'll set out for one store and fail to find it, but find a suitable substitute
So I decided to head across to Bravo, hoping it might have more street signs. And then after going what seemed like too many blocks, I backtracked a bit. Normally, we use a map and count off streets. I was distracted by a really cute shoe store though (which had really nice leather flip flops--utterly impractical) and forgot if I was on Prieto or Serdan when I began counting, so I wasn’t sure if I had five more blocks to go, or six.

By the time I found my dentist I circled three extra blocks, which was pleasant enough, and pretty much par for the course, and also the reason I gave myself extra time to get there. It was also a minor enough getting lost moment that it left me time to read the news story about addresses. I thought, as I pondered the headline, how straightforward it would have been to simply know the street number of where I was going. I thought about how well the whole numerical order thing works in so many other places…

So I read through the story eagerly—the article explained the numerical system, told readers how to get their numbers and then finished with the tidbit that numbers are optional and not many people are planning to try the new system.

Great thoughts you got there, believe I may possibly try just some of it throughout my daily life.
powerboat for sale