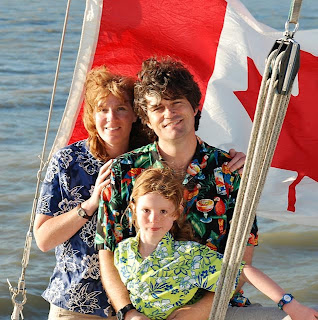 No, the hard part is the sinking in: The slow realization that we’ve arrived in our life, that this isn’t a one or two year voyage with a predictable conclusion, but a capricious journey that could take us anywhere. I’ve been slow to get to the acceptance part. The trip down the coast pretty much sucked, in many respects. We set off with that smug feeling of knowing exactly what we were getting into and were proved wrong.

But then there are always those next moments. The quiet contemplative ones that make up everyone’s cruising fantasy--watching the moonrise over a calm anchorage, exploring the beach, sailing in perfect conditions and spending time with good friends, old or new, in beautiful places. 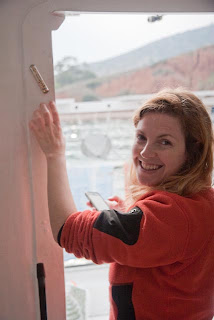 Sarah has been sailing with us twice. When she arrived in Newport Beach before Christmas we had spent almost three weeks just hanging out fixing stuff--happy to stay put. But then the three of us were tentatively ready to go sailing again and she was there to help us along. 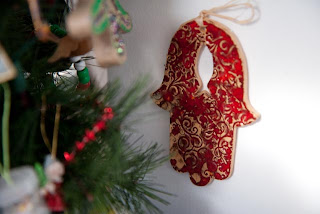 We’re not religious but, as I’ve mentioned before, when it comes to setting out on a big ocean in a small boat I’ll take all the help I can get. So Sarah, who’s recently back from Israel, brought help. With a small prayer, she affixed a Mezuzah to the door (we figured it would be okay to put it on the inside seems how the outside would be kind of exposed.) Then for good measure she brought a Hamsa, which is supposed ward off the evil eye and bring us good luck, as well as a very special t-shirt for Maia. 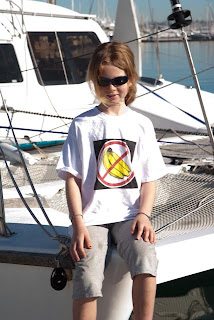 And luck seems to be with us – or at least the evil eye has gone elsewhere for a while. San Diego has been good to us, fellow cruisers (but total strangers), Rick and Sue from Panacea responded to Evan’s online plea for technical help with our Pactor modem and drove out to our marina to trouble shoot the modem, then spent the afternoon driving us around so we could stock up on things for Mexico (we’re filling the lockers with specialty items--appetizer foods, favourite treats, wines, hard cheeses rather than staples). Maia is meeting new friends and is loving her home-based pen pals. I am managing to find some balance in the working while traveling lifestyle. The sun is shining. The boat is in good shape. We’re almost ready to head south again. 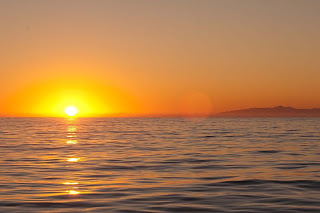 We’re out here doing it.

What an adventure :) I love reading your posts, the good, the bad, and even the ugly. It's neat to see both sides of the journey. I hope that Murphy stays far away!

I'm really enjoying reading your blog. I'm glad we stumbled across it from Mike & Hyo - Livia

You blog is one of my favorites sites. Your adventure with your family is very inspiring. Actually, I always look forward for your new articles. Anyway, sailing is what I wanted my kids to experience one time. We all love the water. It is something we have in common.