Where We're Meant to Be--Puerto Escondido 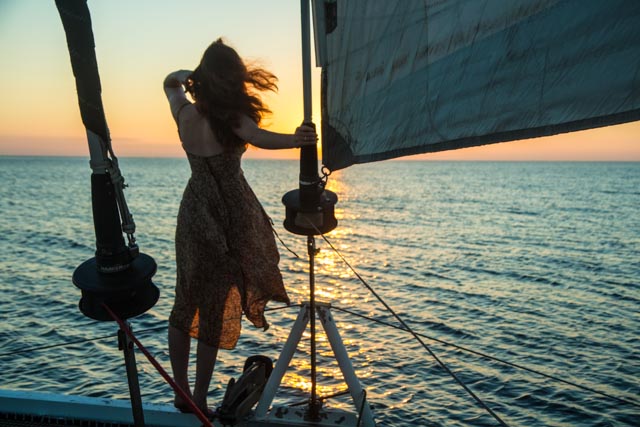 When I woke—I saw a fishing float right outside the window and realized I’d fallen asleep on watch. Panicking I tried to reach out for the autopilot to turn away from the float, but I was frozen in place. Then I woke up again and realized the float was a buoy and I was about to run up on land. Then things got really weird—the boat wouldn’t turn, it morphed into a kayak, and I paddled up some rapids to where I could see the boat at anchor. When I tried to I call Evan on the radio I realized the radio was broken. 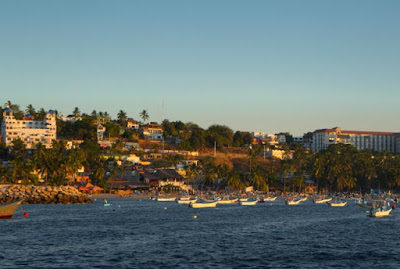 I recall getting exam anxiety dreams. But then the fear of showing up in the wrong room for the wrong test gradually gave way deadline anxiety dreams where I’d wake up realizing that four interviews and 1200 words were due yesterday. Navigation anxiety has been slow to seep into my dreamscape. But these days it seems there to stay. It might be the new seasickness medication I’m taking (my dreams are so crazy—but I’m vomiting less, so hey…) or it may simply be the fact we sailed a whole lot of miles this past year. Whatever the cause, making a safe landfall in both my dreams and in reality has become an even bigger cause for celebration.

Our current landfall wasn’t on the list. This situation actually isn’t new to us. On our first boat we set out expecting we’d go to the South Pacific but then ended up in the Western Caribbean. On this voyage there’s been about a 50/50 chance we’d land in the port planned on the day planned. 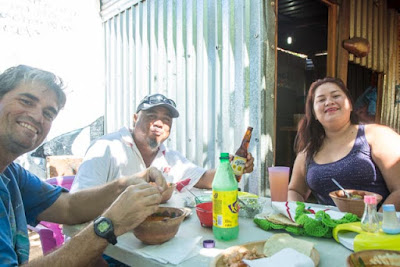 Long distance cruising is an ongoing exercise in giving up control. You can plan all you want—but the weather, the currents and random luck are all going to dictate what you'll actually experience.
In this case, we set out from Puerto Chiapas with the plan to cross the Tehuantepec and then take on more fuel in Puerto Hautulco. But then the winds were lovely and the current was in our favour and it looked like we could skip the fuel and press on an additional 300 miles for Zihuatanejo.

It was a great plan.

But then we came into choppy seas, headwinds and 1-2.5 knots adverse current and we spent over 10 hours going 2-3 knots—with the odd dip down to 1 knot. The journey started to feel like Groundhog Day. Every time I started watch or ended watch I could see the same landmarks. So we thought maybe we’d stop for fuel in Acapulco. But then Evan did the calculations again and Puerto Escondido started to look good. 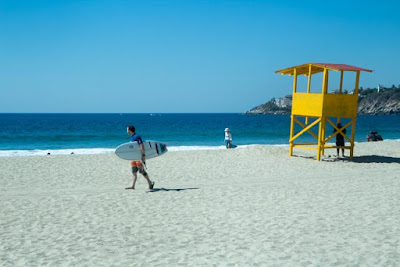 Puerto Escondido is a great town—with a terrible anchorage. But we knew there was a 40-50 foot patch somewhere in the bay—so we motored in circles until we found it (it’s at 15°51.39'N 097°03.85'W if you're interested). Then we called the awesome Martin Mora (mobile #954 103 2273)—who is actually a sport fishing guide—but he’s also more than happy to help cruisers get fuel, ferry you to shore, take you to his favourite neighbourhood taco stand and show you the sights.


We had a great day with Martin, his girlfriend Carmina and her son Carlos. We saw just enough of Escondido to make us wish we were staying longer—and enough to decide it will make a great destination for a future Mexican holiday. And we’re off again. This time I’m not going to declare a destination (somewhere north) or predict when we’ll arrive (hopefully before we run out of fuel).

It’s awfully pretty out there though. And when we’re not pounding into it, the miles are as dreamy as ever.