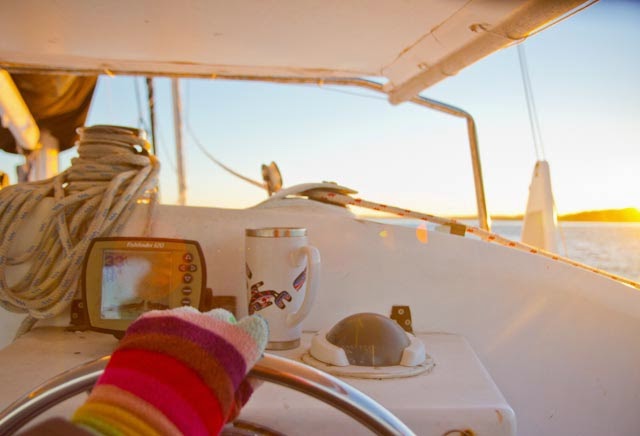 Now we’re en route to Mooloolaba. Whales are spouting in the distance, Charlie is curled up against me, and it’s gradually sinking in that we’re on our slow way. Behind us are wonderful memories and precious friendships that we hope will follow us into the future. Ahead of us? I guess we'll see.

Bon Voyage-I look forward to seeing that part of our world thru your eyes. Kitty, have a good meow !~!

I think it's just SO cool what you're doing. Oddly, while I grew up on the water on boats all the time I'm not much for boats now but love living vicariously through others!

Fair winds and full sails to you all, it will be so much easier this trip, with your new deck hand, what an awesome learning experience for her.....not to mention fun.
Hope the supply of Maple syrup lasts for a while.
Will be following along as you head out for parts new and exciting.