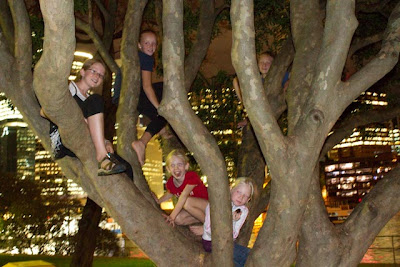 Our weeks are beginning to develop structure and routine—a schedule, if you like. A path of activity that takes us from Monday (library), to Wednesday (circus), to Friday (community potluck) and on to Saturday’s farmer’s market and Sunday’s yoga. Not much (we’re waiting on visas to add work and school to the mix) but enough to make it clear we’ve made the transition from cruiser to live aboard. 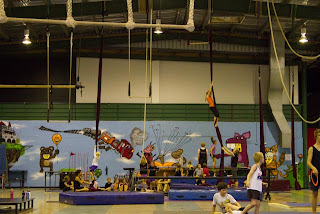 Part of what makes me love cruising for years on end is the chance to chuck the schedule and ditch the expectation of being somewhere specific—barring, you know, getting to a continent in time for cyclone season. And when I’m out there I don’t miss the schedule. We actively avoid the summer-camp-like ex-pat communities that try to re-impose order by setting up activities (coffee at 9am, followed by Mexican train and a Walmart run, and then beading at 2pm…) Instead our days are shaped by necessity (the engine needs attention) and whim (that reef looks perfect for snorkelling).
But after a few years, or maybe when we are in one place for more than a month or two, that changes. “I need something solid,” Maia told me the other day. “A life I can predict.” 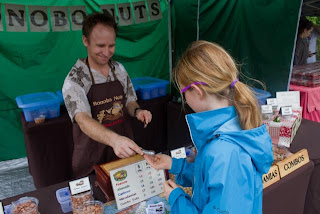 But after a while, ‘we don’t know’ stopped sounding like a magical phrase that opened up a world of possibility, and began to echo a bit with emptiness. ‘We don’t know’ suddenly wasn’t the catch-phrase of our intrepid family on an adventure but a sign that we were drifting a bit. Not lost, just no longer sure where we were headed.

“I just want to know something for certain,” Maia explained. And as she said it, I realized I want the same thing. That maybe I’m a 2.5-3 year cruiser. And that after a few years I just need to stop, take stock and get my bearings. So we’re taking some time out for certainty; for the sureness of waking in the same place; for the solidity of routine.

Today it is yoga. Tomorrow is the library. And soon enough the magic of the unknown will be replaced by another kind of magic.

We really are in liveaboard mode I guess! It hit home for me today when you were hailing us on the VHF... and I was probably easier to reach on a cell phone! But you're the best company for a schedule. Here's to Circus / Potluck / Yoga / whatever. :-)

Sounds like you are adapting well as liveaboards, but know you will be cruising again one of these days. We are doing the same in Hawaii. Kind of nice to be settled - especially after reading about the cyclones!

Hawaii sound like it is going well for you guys--I read Carol's blog the other day and was happy to see you're together again too:)