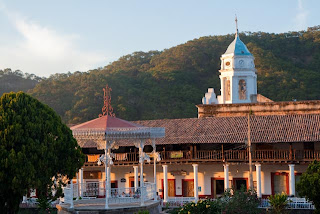 With our new friends off crossing an ocean, and our family about to head into the Sea of Cortez for the next 6 months, we wanted to leave La Cruz with more of a grasp of the area than simply where to find good street tacos (and we wanted to get away from the jet skis that arrived with Semana Santa, when what seems like ½ the country comes to the beach to play.) So we headed inland to San Sebastian del Oeste – an old colonial town about 65 km from Puerto Vallarta that only recently got a paved road (before that it was impassable whenever it rained and was mostly serviced by a small airstrip). 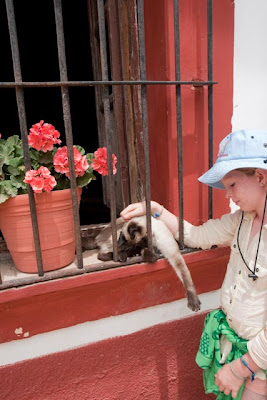 San Sebastian is not a tourist destination in any real sense. Visitors only trickle in when they learn about the magical little mountain town by word of mouth. The 800 or so people who live here support their families by raising livestock, mining, operating the limited tourist services and running coffee and agave plantations (the local agave is fermented to craft a tequila-like drink called raicilla—and while raicilla used to be known as a potent moonshine, it’s been rebranded as a trendy boutique beverage that is said to be the oldest alcohol spirit known to man). 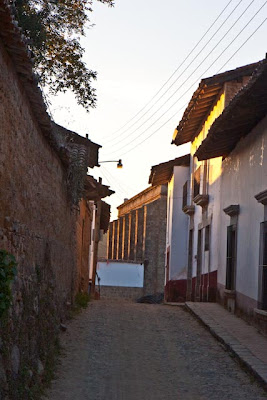 The town is stuck firmly in another era—the silver and gold rush. 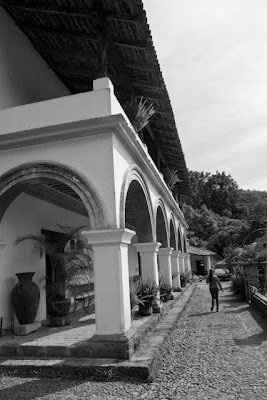 Veins of silver were discovered in the mountains by the conquistadors in 1605. By 1785 San Sebastian was one of the main silver and gold mining centres in New Spain--with 30 mines and a dozen haciendas (each had 60-80 employees and 250+ slaves running them). By the time the Mexican revolution hit in 1910 the area was home to 30,000 people. 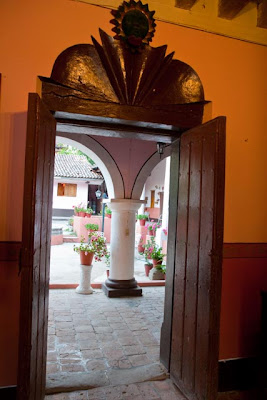 The Mexican Revolution brought an end to the hacienda system and the mines closed in 1921 and leaving the town to fade away. Today the town seems half empty. But the narrow cobble streets, great wooden doorways and hidden orchards invite exploration. 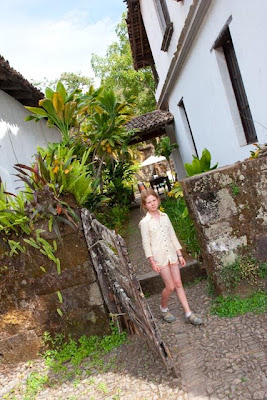 One of our stops was Hacienda Jalisco, a gorgeous old mining company centre that has the same run-down feel of the old antebellum mansions of the south. Like those southern plantations, the hacienda system relied on slave labour. A fact that came heart-wrenchingly clear to us when the caretaker explained the hacienda no longer had electricity because it took dozens of burros and several workers simply to keep the generators running.
As we toured through the property we were shown the entry to a 2.5 km tunnel that was built during the revolution; when banditos were such a problem that tunnels were constructed between the mines, the haciendas and the garrison in San Sebastion. 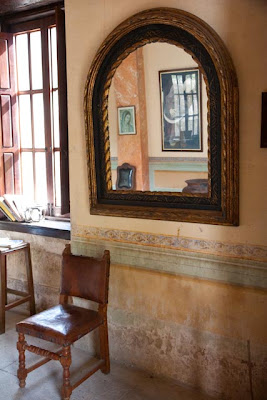 Despite the faded paint and lack of modern amenities, Hacienda Jalisco has a glamour to it--which is probably why it had a second heyday during the filming of the Night of the Iguana when John Huston, Elizabeth Taylor and Richard Burton stayed in the spacious upstairs rooms. 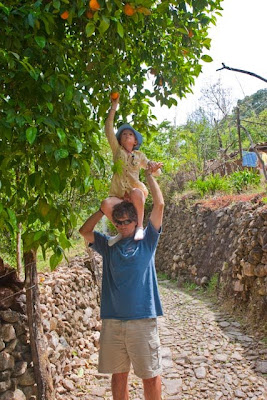 All of San Sebastian has the feeling of faded glory to it. And when we walked down the 250-year old cobble streets; discovering secret pathways, stone bridges and soaring archways that seemed to have been forgotten with time, I had a sense of what our waiter had said over our leisurely breakfast (complete with strong local coffee). I had asked if the new road made it better in town, bringing in more tourists. He said it was a mixed thing--there are more tourists now. With the easy drive people can come to the town for a day trip think that they’ve seen it and leave. But San Sebastian really needs you to slow down to understand it and if you rush, you miss what it has to show you. 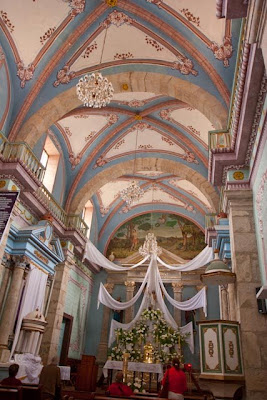 Bee-you-tee-ful photos! It's funny, I always think maia looks so big and gorwn up... until I see her on Evan's shoulders and she is a wee lass again. :)