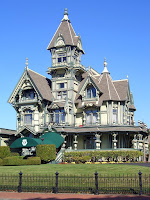 We’re often asked how we spend our days.
This is an especially good question when we arrive in a lovely port like Eureka, California. The old town has loads of history – starting with its name. The Greek word “Eureka” means “I have found it!” The name’s a reference to the role the city played during the 1849 Gold Rush when the Josiah Gregg expedition rediscovered the entrance to Humboldt Bay (it had been found and noted before – but then lost because it’s a very narrow river opening). Given its popularity with gold seekers, in 1849 California was in dire need of a second safe harbour, beyond San Francisco. And despite its tricky bar (where the bones of more than a few ships rest) Humbolt Bay was the answer. In 1850 the first ships arrived soon after the town was established by lumber barons and gold miners. 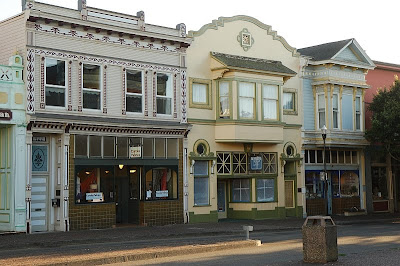 Considering this intriguing history, it’s easy to imagine us getting up early (to the sounds of local bird life and the lapping of water on the hull.), having a leisurely breakfast (while reading the local paper, which we picked up in town on our arrival) and then spending a short while tidying up the boat before heading to shore. There we would explore the historic old buildings, pausing to admire the stunning examples of Queen Ann architecture nestled side-by-side the old Italianate style ex-brothels and saloons before taking in all of the towns highlights – like normal tourists.

We do get up early. Madaket, the tour boat run by the Humbolt Bay Maritime Museum, wakes us each morning when it blows its whistle before heading out on an early tour of the bay. The boat has taken to including us in its narrative and when it passes we hear a voice over the loud speaker booming out a story about Canadians fleeing winter by boat and making their way south. 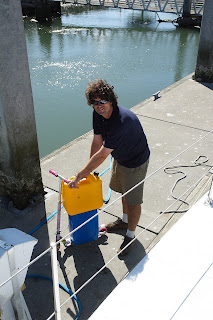 When we do get to shore (after Maia has done her school work and I've finished my assignments) we bypass the typical tourist offerings – our budget will only stretch to include so many attractions and we have stuff to do. We need to find the grocery store, laundromat, hardware store, book store, marine store, gas station (because the fuel dock is closed and we’ll be ferrying jerry jugs of diesel back and forth to the boat until our tanks are filled), post office and pharmacy. 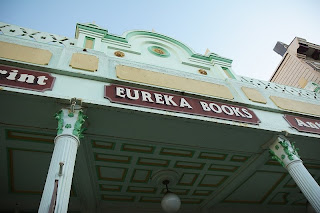 We do vary our route while we run our errands – to take in different streets and different views. We see the nice shops that attract tourists – and even wander inside to pick up a post card now and again. We read the restaurant menus and peak through the windows of hotels. 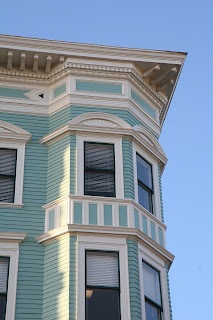 When we arrive in a touristy place like Eureka, we understand we’re not tourists. Rather than spending our days on sojourns into the redwood forest, we look for docks where we can fill up our water tanks. Rather than exploring the entire city – we content ourselves with knowing the strip of waterfront across from our boat. 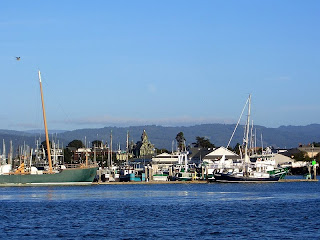 I sometimes wonder though, when we miss the galleries but learn the life story of a clerk at the marine store, if spending a week living in a place, rather than visiting a place, helps us to know it more deeply?