Originally we were headed to Trinidad after Tobago. We needed new batteries, a new solar panel, and a variety of smaller parts and Trinidad is known for its great shopping options. Unfortunately it’s also become known for its high duty—and after a bit of comparison shopping Evan and Neil discovered we’d save about 30% if we detoured up to Grenada for our shopping.

After a month in Charlotteville, where the anchorage contained 10-15 boats and we got to know the locals by name, Grenada has been culture shock. From the sea we spotted multiple anchorages—and any one of them contained more boats than the number that crossed the South Atlantic or Indian Ocean last year. When we pulled in after our overnight sail from Tobago, both us and Crystal Blues anchored on the outer edges and wondered what we’d gotten ourselves into.

It turns out we’ve arrived in a type of cruiser’s heaven (or not heaven, depending on what you like). The morning net detailed a dizzying number of activities from volleyball and jam sessions, to hikes and Mexican train dominos (it’s like adult summer camp here). There are also shopping busses—although the local transit is cheap and fantastic so we didn’t entirely understand the point—and various marine services which deliver to your boat.

Then there are the marine chandleries. Over the past seven years we’ve been thrilled if a hardware store had a part that could double as a marine part. Occasionally we’ve come across a poorly stocked, uber expensive marine store. But here there are TWO marine super stores which have all the things we’ve been looking for at more-or-less affordable prices, as well as stuff we always thought should exist but had never seen proof of.

Unfortunately Grenada (unlike Tobago) also has super high levels of Zika. The day before we planned to sail to Curacao, Maia was complaining of very sore joints and developed a strange rash on her face. Most people don’t get many symptoms from Zika—but Maia’s were so classic we decided to stay put until she was over the worst of it.

Sadly this means her 15th birthday won’t happen in Curacao, but at sea. We’d already celebrated a pre-birthday with Crystal Blues, when we thought we were going separate ways, weeks ago but we thought we’d do another celebration—complete with a pair of long-awaited high heeled shoes and a steel drum band. 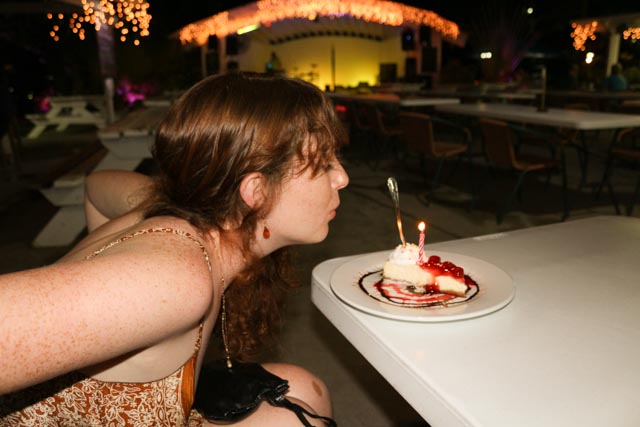 Admittedly we’ve not seen as much of Grenada and we wish we could. We managed to meet blogging friends from Zero-to-Cruising and wandered around the main town of St Georges, but mostly our time has been spent installing batteries and having one last goodbye evening with Ley and Neil (I think we’re up to goodbye number 11 or 12…)

The final goodbye is looming though. Maia is recovering, the weather looks agreeable and Evan has a flight booked out of Curacao which he can’t miss.

We wish Maia a complete and speedy recovery plus a very happy birthday. You guys have a safe and fun passage to your next destination along with fair winds and calm seas.

I have bookmarked your blog, the articles are way better than other similar blogs.. thanks for a great blog! OMC electric shift clutch spring