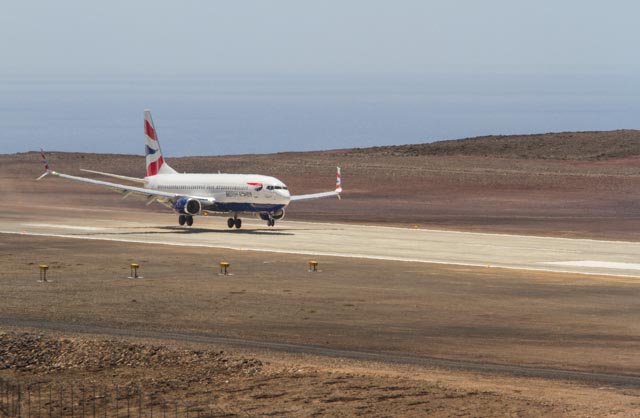 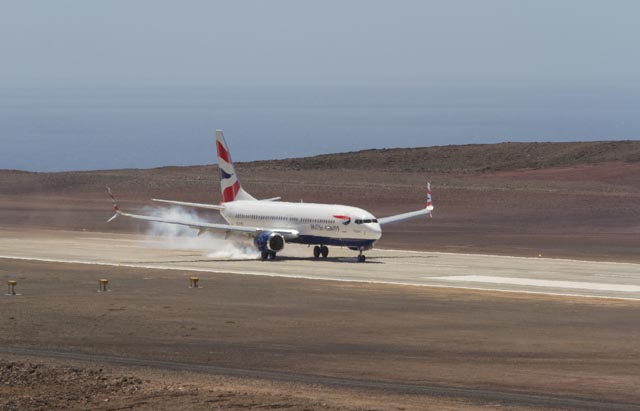 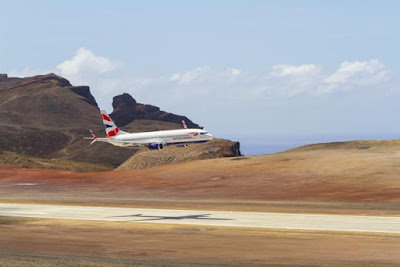 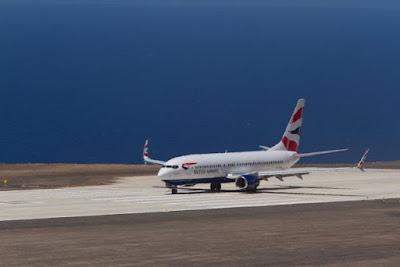 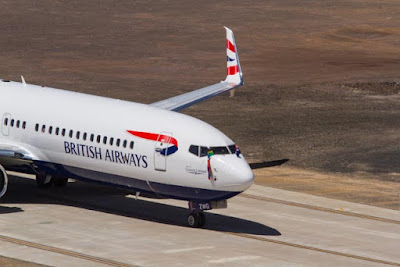 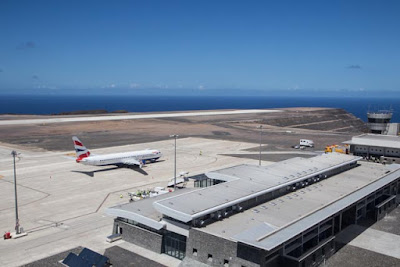 The plane took two passes before wheels down. When it taxied to the terminal it flew South African and St Helena flags from the cockpit windows.