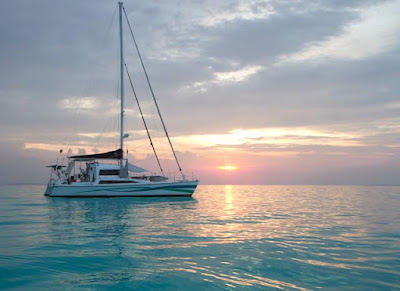 On New Years Eve 2014 we didn’t have much of a plan beyond, ‘get to Malaysia’. We’d just spent eight months cruising Australia and Indonesia and were thinking about a leisurely explore around SE Asia, when the three of us suddenly realized we were ready to start for home. Between us and Vancouver though there were still a couple of oceans, and the Indian Ocean was looming large.
When we originally conceived the idea of sailing around the world—the plan always included the Suez Canal. But then, pirates. Still, more than 15 cruising boats ventured through the canal this year—but many had the added hassle and expense of armed guards and weapons aboard: a choice that wasn’t for us, for a whole host of reasons. 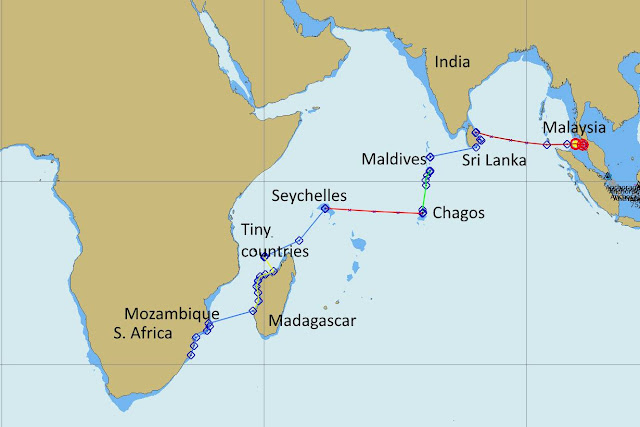 So this left two options: Take the Northern Route across the Indian Ocean—leaving in February. Or hang out in SE Asia for a few more months and take the Southern Route. The Southern Route is perhaps better known: Cocos Keeling, to the Mascarene Islands and on to South Africa (with the option of adding Chagos and Madagascar). It’s a faster route (boats leave as late as September and arrive in South Africa in November) but the passages are longer and the rough weather can be rougher.

In contrast, the Northern route covers more miles, more countries and straddles two cyclone seasons. It’s a route we hadn’t even considered before friends on Totem showed us their passage plans—but then it looked ideal: interesting countries, pleasant cruising and shorter passages. In retrospect, the trip was perfect for us. 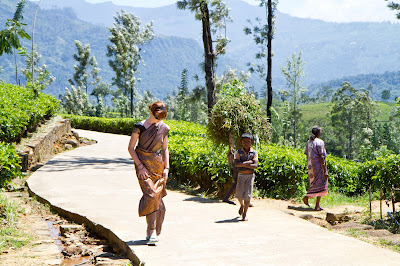 Country #1 Trincomalee, Sri Lanka
March 5-19
Passage: 1100 nm from Langkawi
Fee: Visas $30 USD per person, agent and harbour fees $218 USD
Notes: We had a 30 day visa but opted to leave after an inland trip and some local exploring.

After being held up waiting for parts in Langkawi we arrived in Sri Lanka a little later than planned. Our disappointment faded quickly though when we were welcomed into Trincomalee by officials who were clearly bemused by the large number of yachts who were making the formerly off limits port their Sri Lankan port of call. While the harbour is great, and well protected, until addtional ports are opened to cruisers the true reason to visit Sri Lanka is the inland travel. In a week long trip we covered tea plantations, national parks, ancient cities and more. Highlights included cycling through Anuradhapura and seeing a leopard in Wilpattu National Park. This was also where we first met the wonderful crew on Morning Glory—dear friends who went on to make the Indian Ocean a very excellent journey. 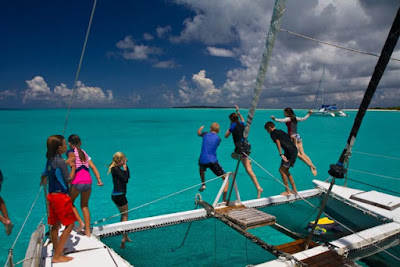 Country #2 Uligamu in Haa Alifu Atoll to Gan in Addu Atoll Maldives
March 25- May 24
Passage: 720 nm from Trinco
Fees: Approx $900 for visas, cruising permit and agent fees for a two-month visit.
Notes: While the cruising fees are very high, a second month didn’t add much to the total fee. We also found that there was very little beyond basic groceries to spend money on—so our overall expenses in the Maldives were quite low. 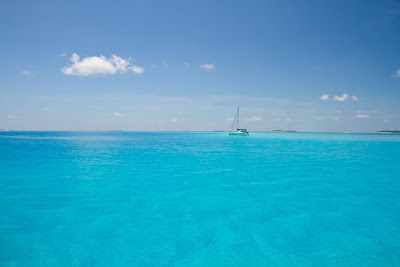 We straddled the monsoon in the Maldives. As we moved south the monsoon moved north—so we ended up with a stormy week near the end of our stay but beyond that had good weather. The charm of the Maldives is being able to day hop your way down the chain of atolls. We had spectacular diving, explored some interesting villages and had many little islands completely to ourselves. Two months felt like a good period of time to make it down the atoll chain without feeling rushed. The tricky part of the Maldives is there's limited fresh food (the eggs, ugh...)—we should have carried more from Sri Lanka. 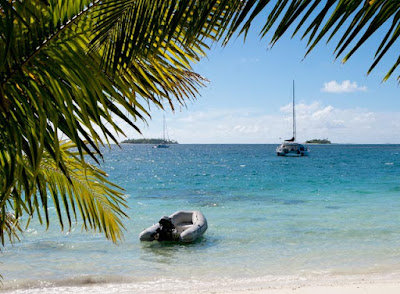 Country #3 Chagos BIOT
May 27- June 23
Passage: 285 nm from Gan
Fees: £50 for a one week permit up to £200 for four weeks
Notes: We needed to prove our yacht insurance included wreck removal and that we had medical evacuation insurance. Several boats used DAN as their proof of evacuation.

Chagos is a dreamy stop—though a deeply complex one. It’s the place I spent the most effort trying to make sense of in stories for both the BBC and Vice (be sure to watch the fabulous video by Aline from Shakespear on the BBC link). Our big worry with Chagos was having enough food from our stop in Gan to last the month in Chagos and then get us to the Seychelles. In retrospect it wasn’t such a big worry. Paula on Evita wisely suggested putting aside passage food early on during our Chagos stay—then the fishermen (Andrew on Utopia) kept everyone in fresh fish for the duration. With new boats arriving every so often the potlucks stayed interesting and no one went hungry. 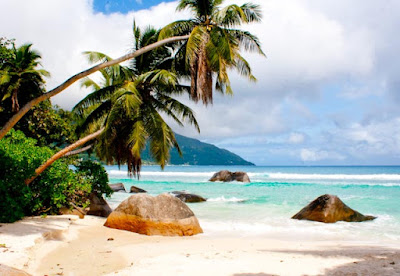 Country #4 Seychelles
June 29-August 18
Passage: 1000 nm from Chagos
Fees: The fees varied with different boats experiencing different charges. We paid approx $500 USD excluding park fees.
Notes: Six weeks was longer than we needed for the Seychelles but Evan was having an infected root canal treated so we ended up hanging out in Port Victoria longer than planned. 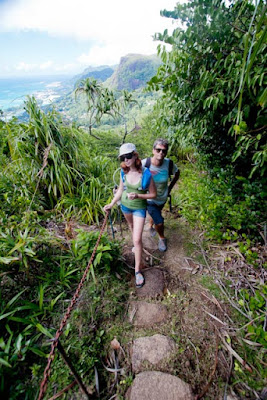 I’m not sure I can give a fair review of the Seychelles—we didn’t cruise around that much and our main exploring was around Victoria. I think the three of us were a bit worn out by the time we arrived and quite happy to park, but if I had it to do again I would have shortened our stay in the Seychelles up and given ourselves more time in Madagascar. Overall we loved the hiking and exploring, but it was an expensive stop. Provisioning was excellent though. 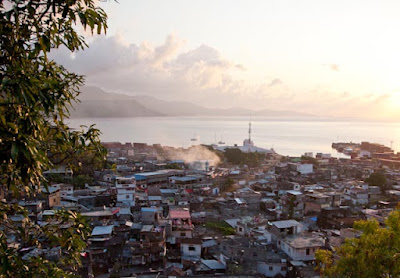 Country #5 Comoros
August 22- September 5
Passage 800 nm from Seychelles
Fees: Our first taste of Africa came with a flexible fee structure. Visas came in at 30 Euros PP, Port fees at 50 Euros a boat, Police and Gendarme fees that were as much as 40 Euros each and an agent fee was set at, "whatever you think my services are worth."
Notes: Our informal agent Maketse in Mutsamudu was well worth his flexible fee.
Phone: 002693324340
E-mail: maketse.yssouf@gmail.com 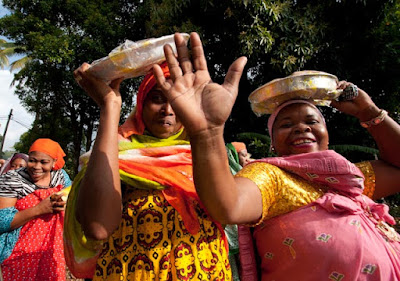 Very few boats stop in Comoros and it’s definitely not for everyone: that said, we loved it. But if we hadn’t already checked into a number of moderately challenging and quite poor countries our first impressions of Comoros may have been enough to make us flee: there’s no official garbage collection (much of it is burned at the edge of the sea or dumped into ravines), pointing and yelling are part of basic communication, and the French spoken doesn’t sound like the one you learned in high school. But from the way the wind smells like y’lang-y’lang and the streets are scented with cloves, to the bright colours the women wear and the way the kids wave from dugout canoes Comoros is almost a cliché. The market is vibrant, the medina is intriguing and the people are quick to smile and laugh (and return your change when you overpay and walk away.) It’s just not an easy place—but it is very rewarding. 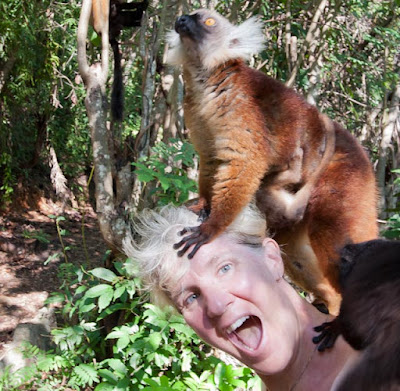 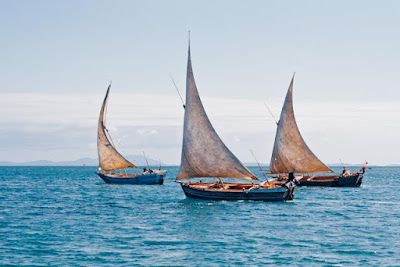 So much of Madagascar was wonderful. We loved catching up with (and getting to know better) cruisers who took different paths across the IO and who all arrived in Madagascar within a few weeks of each other. It was great having our friend Allison visit and to play tourist with her. And easy protected sailing and a friendly, low key local population made Madagascar a dreamy stop. I could list a dozen reasons why I loved cruising here (here are four) the gist though is it combines everything we set off to find: it’s beautiful and intriguing, affordable and unique and the food is yummy.
Country # 7 Mozambique
November 1-5
Passage: 680 nm from Madagascar
Fees: $40 in park fees
Notes: We never checked in but sought shelter here

We went for two walks on the beach and that pretty much comprised our Mozambique experience. The bigger bonus was getting a chance to know the awesome crews of Crystal Blues and Sage better as we sorted out weather. 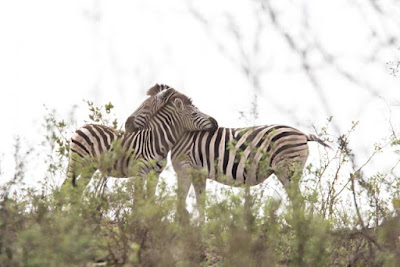 Passage: 513 nm from Mozambique
Fees: None!!
Notes: In progress. So far, quite excellent.

** Fees and distances are to the best of my recollection and figuring, they may not be accurate.

Excellent post, Diane. Sounds like the perfect way to wander across the IO. The people who want to go to the Med via Suez miss all this, even if pirates weren't an issue. (Sidebar question....what is your route and timing, Cape Town to Vancouver?)

Jonathan--the route is still TBD. I expect we'll be putting up a post about our thinking and routing in the next week plus+. Lots of factors to juggle. But we're getting excited. Just bought the wine we'll open when we hit the Americas.