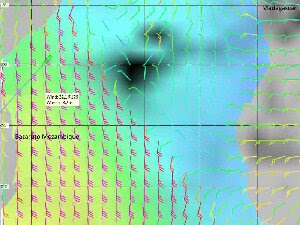 Exciting and scary. Glad you found a safe place. That looked like a monster on the radar. Ya'll be safe out there.

So glad you managed to avoid that, it looks fierce, especially for a multibull. But by midweek you should have a good long window to get down to Richard's Bay.

Thanks Hugh and BPW! Patience paid off and we ended up having a fantastic ride from Bazaruto.