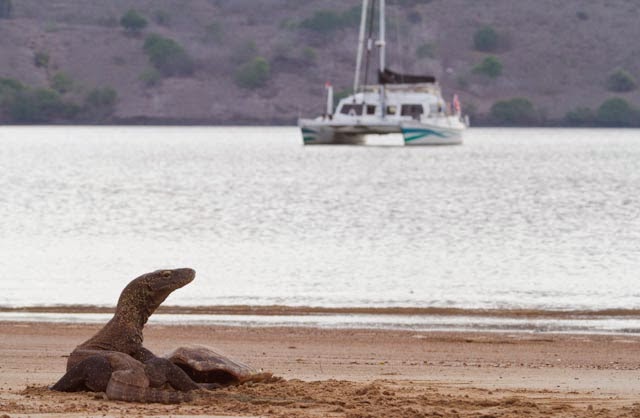 The coral had the shape and artistry of a Japanese flower arrangement. The muted reds and golds were perfectly contrasted with flashes of blue—as little clouds of reef fish darted between the fronds of the fan coral. On the other side of the coral I caught sight of a larger shadowy shape; turtle, wrasse? Just as I set off to see, something grabbed at my snorkel. 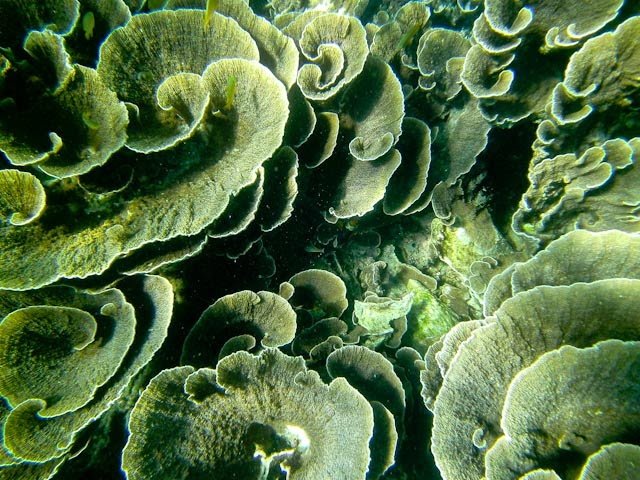 Whipping around, sputtering and startled I discovered I’d been attacked by a floating grocery bag. Freeing my snorkel, I swam through a tide line of garbage and toward a new section of coral. This part looked like a bomb had gone off. The coral was broken off in big gray chunks and the only contrast came from the red lion fish and spiny black sea urchins—invasive creatures thriving in the moonscape. 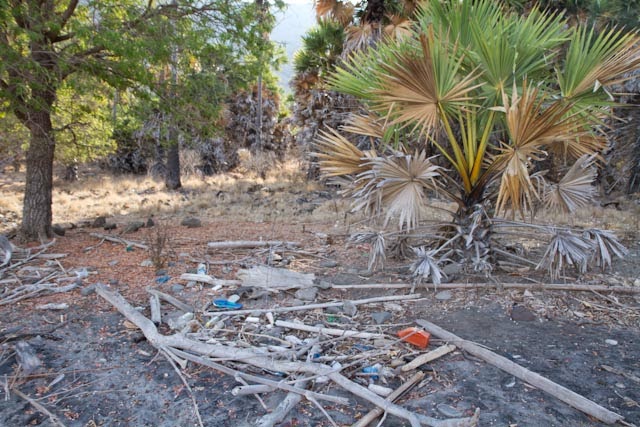 Dynamite or blast fishing was introduced to Indonesia sometime after WWII, when there was lots of surplus dynamite around. Modern bombs are made from kerosene and ammonium nitrate and when ignited the explosion’s underwater shock wave stuns the fish and causes their swim bladders to rupture. Some of the fish float to the surface where ‘fishing’ is a matter of scooping them up (many sink). From a fisherman’s perspective the illegal technique easier and more productive than traditional methods—providing you don’t run out of coral reefs.

But as we’ve dove reefs that all show some level of damage it’s clear that not only is Indonesia running out of reefs, the reduction of habitat means that the coral that still exists is dangerously overfished. Add the endless flow of garbage that finds its way into the seas and Indonesia is an environmental tragedy on the brink of self-destruction.


We’d been warned about the state of Indonesia before we visited. Friends, who’d traveled with kids who had been brought up on reduce, reuse, recycle and who’d no more toss a water bottle into the ocean than kick a puppy, counselled us to tell Maia to ignore the destruction or it would overwhelm her. Sailing past rafts of garbage or swimming through a gray rubble seascape where there should be colour and life is difficult to ignore though.

Years ago I was working on a high-stakes environmental campaign. A couple of rock-star environmentalists were there and someone asked how they managed to maintain hope when it seemed like saving the world was already a long lost battle.
“Look for the beauty.”
“Look for the successes.”
“See the threat, but don’t stop seeing the hope,” we’re some of the answers. As was, “I’ve already given up, but what the hell, something could still surprise me…” 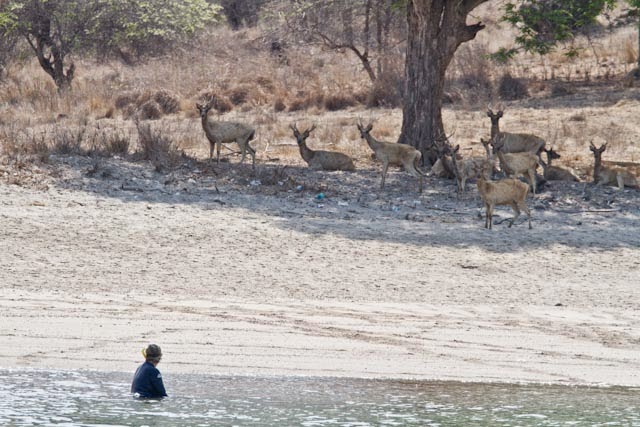 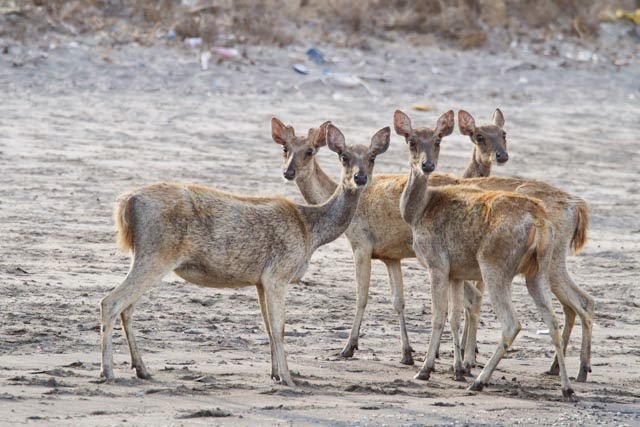 If ever there was a place that appears to be lost, it’s Indonesia. But it also has some of the rawest, most profound beauty I’ve encountered. So we’ve cruised through Indonesia looking for the hope. We’ve visited a village where their reef was bombed so now they harvest seaweed while their reef regenerates. We visited another village that has a plan for garbage disposal and where the ladies in the market were intrigued by our reusable net produce bags rather than puzzled by why we didn’t want plastic. And we visit the parks where the local people can see for themselves that conservation just might sustain them.

Tourism is one hope of Indonesia--but getting people out of Bali and into the parks is the challenge. Especially when the path is strewn with garbage. 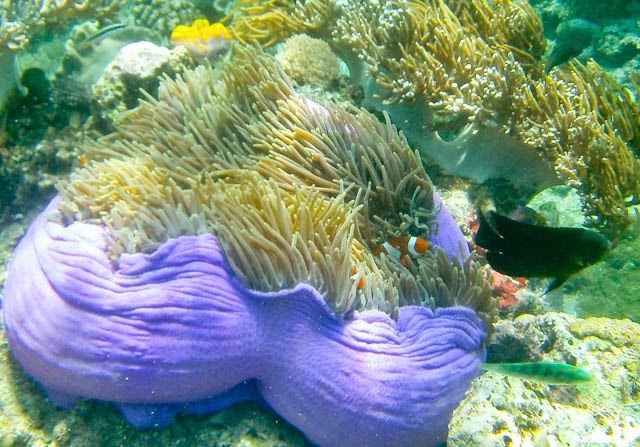 Down on the reef Maia and I swam past the rubble toward the healthy coral. A big anemone caught my eye. Swimming toward it Maia asked a passing fish if he’s seen Nemo. Giggling as we reached the anemone we watched as a couple of little orange clown fish popped out at us then darted away. The exuberant little fish made us laugh and briefly forget the rubble. Then a few nights later a beach full of Timor deer made us sigh with wonder. And the next morning when a mama boar brought her babies to swim near the boat we squealed with glee.

The reality of Indonesia is over 238 million very poor people are trying to survive off 17,500 islands. Traveling here is like a glimpse into the beginning of a dystopian future—one with too many people and too few resources. If you focus on the destruction it really does seem hopeless. But the beauty is there, and what the hell, something could still surprise us.

The beauty is there as can be seen from your photos but I agree about the garbage causing problems. We are in Sicily and I went out with a local fishing boat the other day. A lot of what he caught were plastic bags but it was good to see he collected them up and disposed of them ashore. I just wonder if that disposal meant dumping them at sea. One day we may learn how stupid we are being but by then it may be too late.
Excellent post

Mark, I sure hope not, but it amazes me what a stupid species we seem to be...

Great post! I remember going through the same emotions when we were in parts of Fiji.